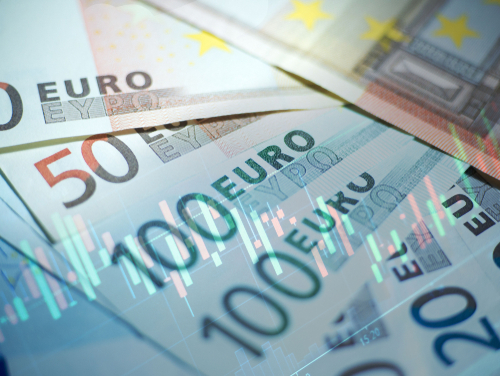 The sudden spate of interest rate increases last week by central banks in Europe and the U.S. has sent stock prices tumbling in one of their worst performances since the COVID War began.

The Bank of England (BoE), the Swiss National Bank, and the National Bank of Hungary all lifted rates last week the day after the U.S. Federal Reserve added three-quarters of a point to its key rate.

The BoE’s increase was the fifth in almost as many months; the bank has predicted inflation in the U.K. will reach 11 percent this year.

The European Central Bank has all but guaranteed a quarter-point bump to its rate next month, the first increase since 2011, as we noted in “ECB Announces Rate Hike Plan” (14 Jun 2022).

However, some analysts believe European stocks have bottomed, with Goldman Sachs brightening its view of the continent’s Stoxx 600 index from “negative” to “neutral”.

“We expect central banks’ focus to shift from inflation to weakening growth,” Goldman analysts wrote in a note to clients.

TREND FORECAST: To date, the interest rate hikes are minimal compared to inflation. And as we have noted, with the ECB rate to move up to just near zero as inflation is running at 8.1 percent, there is absolutely no “shift from inflation to weakening growth.”

Their rate hikes must go up to well above the 3 percent range to weaken inflation. When they do, that will drag down the already weak European economy whose economic conditions have been greatly worsened by sanctions they and the United States imposed on Russia... which in turn, has greatly increased their already increasing inflation spike.