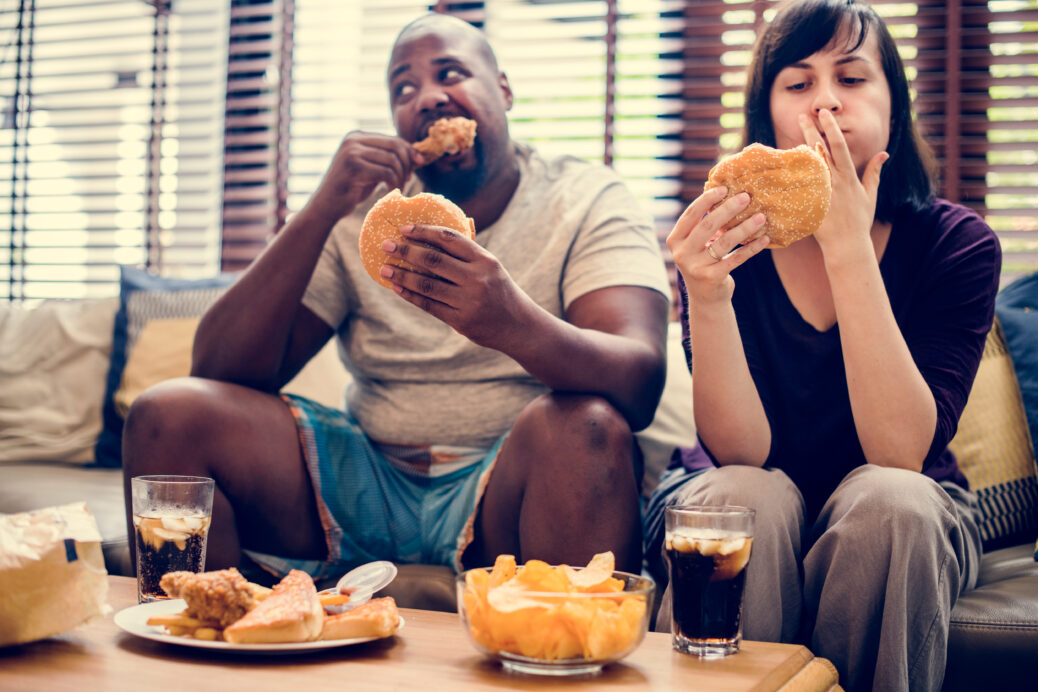 With governments around the world ordering the shut down of schools, businesses, and cultural events combined with mandatory home sheltering, close to one billion people were confined to their homes over the weekend.

On Sunday, Italy banned people from exercising outside, running, and cycling.

In the U.S., where some 80 million people are being forced to stay home, the most serious health risks from coronavirus won’t be flu symptoms. Instead, they will be increased strokes, high blood pressure, diabetes, depression, anxiety, and arthritis resulting from lack of exercise and binge eating.

With gyms closing and millions of Americans moving around much less, the obesity epidemic, linked to more than 60 chronic diseases and which kills nearly three million U.S. citizens a year, will get even worse.

Harvey Spevak, the owner of dozens of gyms and the executive chairman of New York-based Equinox Group, said in a statement, “Many of our members have been asking us to stay open as an outlet to manage stress and anxiety, but with health concerns paramount, we will temporarily close all Equinox locations.”

That statement speaks volumes. The “health concerns” of coronavirus, pontificated from high political leaders who are putting the society in “lockdown,” will likely cause more health issues than the virus itself.

What there is clear evidence for is that as waistlines continue to expand, America, as the Trends Journal has reported for years, is “Ready to Explode.”

According to a report last December in The New England Journal of Medicine, by 2030, nearly half of all American adults will be obese and nearly one in four will be severely obese.

Lack of exercise and the overeating of unhealthy foods, promoted continuously throughout media, are the main causes of the American obesity epidemic. According to the Centers for Disease Control and Prevention, only one in four U.S. adults and one in five high school students meet the minimum recommended guidelines for physical activity.

Now, in lockdown, physical activity rates will continue to diminish.

In addition to obesity, low levels of physical activity contribute to heart disease, type 2 diabetes, and some kinds of cancer, at an estimated cost of $117 billion annually in health care.

Already, evidence is showing that forced “shelter at home” orders are resulting in Americans trying to soothe their anxieties by eating more so-called “comfort foods,” which are for the most part non-nutritious, and, in many cases, outright unhealthy.

In the U.S., even before the extra stress levels caused by the current lockdowns, foods such as chocolate, ice cream, popcorn, and potato chip sales saw huge increases in the first week of March. According to the research firm Nielsen, in addition to snack food purchases soaring, Americans stocked up on pastries, which generated a nearly 20 percent spike in sales.

TREND FORECAST: Over eating, particularly unhealthy snack foods, will further increase as Americans are forced to “shelter in place.”

As people sit around being fed fear and anxiety by the news coming out of their giant screen TVs, laptops, iPads, and smartphones, they will likely resort to eating increased amounts of snack foods, most of it saturated with sugar, fat, salt, and artificial ingredients.

Dr. Robert Sallis, a sports medicine physician, points out that multiple studies show walking is the best overall exercise for improving health and has the lowest risk of injury than any other form of physical activity.

TREND FORECAST: The “Whole Health” healing trend will find new life, particularly among Generation Z and Millennials who will be forced by economic decline to spend their food dollars wisely and seek alternative health modalities.

Among the winners in the medical profession will be chiropractors who are more natural healing-based and provide the more affordable health care.

In addition, the self-responsibility resurgence will mirror what followed the 1987 stock market crash: the ending of the “shop until you drop” era and the ushering in of the “New Age craze,” where people sought a higher meaning to life rather than just spending money.