SPOTLIGHT: THE RISE OF CHINA 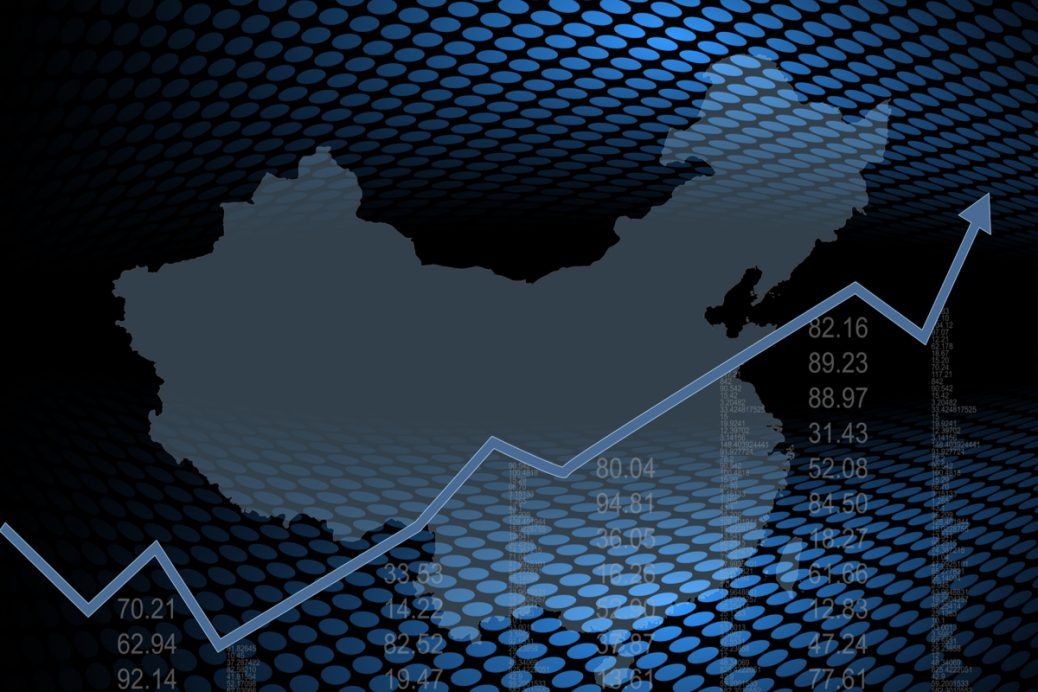 China’s stock markets held $12.7 trillion at the end of 2021, ranking it as the world’s second-largest equities market.

Domestically-listed stocks added about 20 percent in value, or about $2.1 trillion, through the year, according to S&P Global Market Intelligence, mirroring the 23-percent rise in the Standard & Poor’s 500 Index in the U.S.

Companies listing their shares on China’s stock exchanges seem to have been spared the turmoil that has befallen Evergrande, Alibaba, and other Chinese firms listed on U.S. and other foreign exchanges.

Chinese corporations listed on the Hong Kong or U.S. exchanges tumbled about 42 percent in 2021, The Wall Street Journal reported, as China cracked down on freewheeling behavior among online retailers and property developers.

Domestically listed companies are largely focused on tech and industrial products, while those posted on foreign exchanges deal more in real estate and on-line consumer products.

“It is a time when China wants to shift the focus to furthering its capabilities in advanced technologies and manufacturing,” Louis Lau, investment director at Brandes Investment Partners, told the WSJ.

The onshore stock market “has companies that are doing that,” he said.

“There has been a lot of interest in the renewables, financials, and industrial Internet sectors,” agreed Kiran Nandra-Koehrer, emerging equities manager at Pictet Asset Management, in a WSJ interview.

A CSI index of “new energy” shares trading domestically shot up 49 percent last year, compared to a 23-percent bump for an index of industrial Internet stocks.

China has failed to buy the additional $200 billion in annual U.S. goods and services that it promised to purchase under the January 2020 “Phase One” trade deal negotiated between Beijing and the Trump administration.

The two-year agreement lapsed on 31 December.

However, skeptics doubted China could buy so much additional U.S. output over such a short period, or that U.S. companies could meet the additional demand.

U.S. businesses and trade groups are expecting the Biden administration’s response to China’s failure to be moderate, analysts told The Wall Street Journal, as president Joe Biden seeks to ease tensions between Beijing and Washington while he focuses on his domestic legislative agenda.

American businesses also hope for improved relations between the two countries to ensure their access to China’s growing markets.

TRENDPOST: In “Trade War? U.S. Lost It” (9 Feb 2021), we noted even then that the Trump policy and trade agreement was failing badly.

Confirming what we had long noted and again detailed in this Trends Journal, Mary Lovely, senior fellow at the Peterson Institute for International Economics, told Politico, “The Trump administration never had a feasible plan for reducing the trade deficit. The 2017 tax cut ensured that the U.S… would continue to spend more than it produced, hence the [trade and budget] deficit.”

China’s industrial purchasing managers index crept up to 50.3 in December after registering 50.1 in November, according to the country’s National Bureau of Statistics.

Rankings above 50 indicate expansion; the higher the number, the more robust the growth.

The subindex tracking the price of raw materials dropped from 52.9 in October to 48.1 in November. The price of goods factories shipped fell from 48.9 to 45.1 for the month.

Sam’s Club reportedly removed products made in Xinjiang province, or made from Xinjiang cotton, in protest of China’s enslavement of ethnic Uighurs, a Muslim minority, to work the fields and factories.

International boycotts of Xinjiang cotton and other products have sparked an upwelling of nationalism and resentment of foreign companies among Chinese citizens, as we reported in “Chinese Citizens Protest Western Ban on Xinjiang Cotton” (30 Mar 2021).

Sam’s Club pioneered China’s membership-store industry, but companies such as Alibaba—China’s version of Amazon—have launched their own versions.

Sam’s Club operates 34 stores across China, with another 23 under construction.

TREND FORECAST: These news items out of China underscore the growing success of its dual circulation economic policy, designed to make the country less dependent on exports by building a strong domestic consumer economy.

Together, these developments also reflect our “Top 2022 Trend” of companies and countries boosting self-sufficiency in both production and consumption.

And as for China looking at America for fashion, style and upbeat consumer trends... it is a time gone by. Thus, “Made-in-China” will be their entertainment and pop-culture future.

In 2017 the U.S., under then-President Donald Trump, withdrew from a trade agreement, the Comprehensive and Progressive Agreement for Trans-Pacific Partnership, which the U.S. had led in order to counter the influence of China in the region.

China had been excluded from that agreement. It had been opposed by many lawmakers, and the current U.S. administration, under Pres. Joe Biden, says it has no plans to rejoin it.

But there is a new (actually initiated in 2012) Asia-Pacific trade agreement, this time including China but excluding the U.S. It's called the Regional Comprehensive Economic Partnership (RCEP), and it will eventually (over the next 20 years) eliminate more than 90 percent of the tariffs between the signatory nations (of whom China and U.S. allies Japan and Australia have already signed).

The fifteen participatory nations (five have yet to ratify the agreement but are expected to do so) represent 30 percent of the world's population and gross domestic product; the RCEP will exceed the U.S.-Mexico-Canada agreement and the European Customs Union, thus becoming the world's largest regional trade agreement.

The Wall Street Journal reported on 1 January (the day the RCEP was launched) that some analysts believe the new agreement will favor China, at the expense of the U.S., by giving China a bigger role in setting regional trade rules, promoting Chinese trade with Japan and South Korea, and making Chinese-made components more attractive to regional factories.

The U.S. was never invited to participate and would not have done so, because the agreement was considered too weak in its labor and environmental standards.

TREND FORECAST: "Environmental standards"? Even the U.S. manages to exempt China from the environmental rules it imposes on itself and expects from the rest of the world; without the U.S., who will prevail upon China to clean up its environmental act?

And when one speaks of Chinese "labor standards," one is really speaking of human rights and forced labor; who, other than the U.S., will be inclined to exert any influence on China regarding such matters? On the contrary, it is China that exerts pressure on anyone who dares criticize its "labor standards"; see "TOP TRENDS 2021: THE RISE OF CHINA" (30 Mar 2021).

An Asian trade expert is quoted as saying that the RCEP "could be a wake-up call for the U.S. to rethink its strategy" regarding Asian-Pacific trade.