SPOTLIGHT: THE “BIGS” KEEP GETTING BIGGER 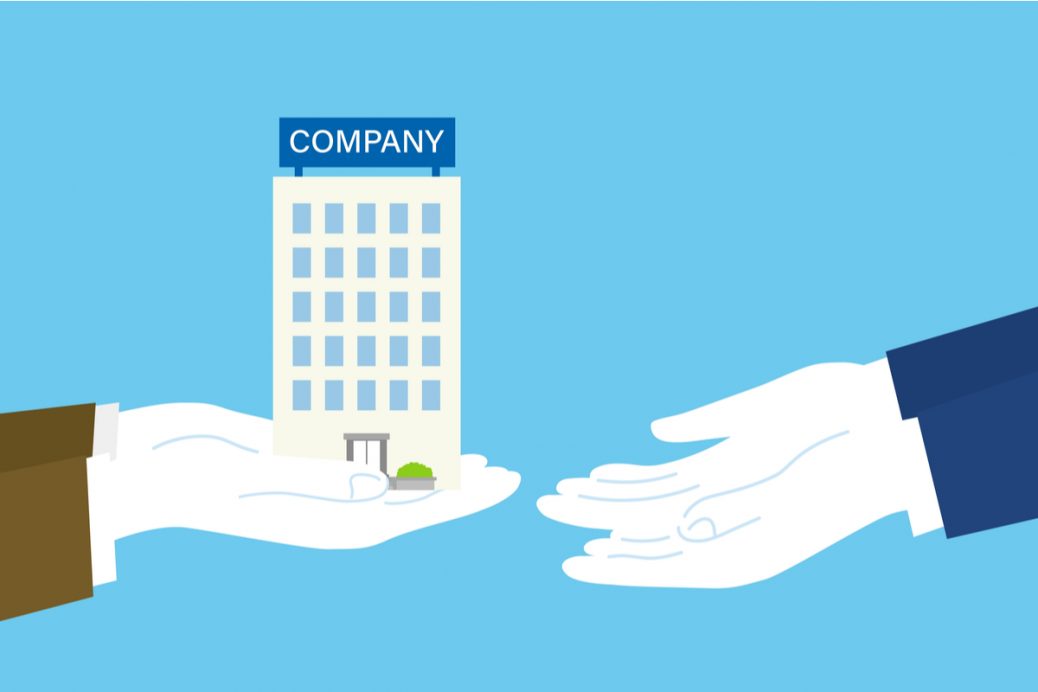 Private equity firms are bidding for acquisitions with offers that are the highest this century, in some cases offering 70 percent above share prices in effect before bidding began, the Financial Times reported.

This year, takeover companies have bid an average of 45 percent above prevailing share prices for European targets, 41 percent for U.S. acquisitions, and 47 percent in the U.K., according to data service Refinitiv.

The European premium is the highest Refinitiv has seen since it began keeping data in 1980, the U.S. average its greatest since 1999, the service noted.

Earlier, Sweden’s EQT paid 69 percent over the base share price for German pet supply company Zooplus, as we reported in “The ‘Bigs’ Brigade Buying Up the World” (17 Aug 2021).

Private equity firms have record hoards of cash built up during the COVID era, when people had little chance to spend and instead saved at higher rates.

A number of large companies raked in windfall profits since February 2020, piling up cash and deciding that private equity firms were places to find yields higher than today’s meager interest rates allow.

“There’s over $1 trillion in dry powder in buyouts alone that’s looking to do deals,” she said. “We will absolutely see prices go up when competition is that stiff.”

Also, private equity companies are taking advantage of share prices that fell during the COVID crisis, the FT pointed out, so what seem like astronomical bids are less so when compared to pre-COVID premiums.

Still, some analysts see signs of a bubble forming, with the market now resembling bloated conditions that were in place before the Great Recession, one lawyer who advises buyout firms told the FT.

TREND FORECAST: Private equity firms’ buying frenzy is a mirror of the same mania that has dominated the U.S. housing market this year.

Buyers overpay for properties for fear of missing out on a deal; then, as markets cool and interest rates rise, what seemed like a prize becomes a money pit, something that can never recover its purchase price.

Therefore, look for many of the deals being closed at stratospheric prices now to crumble when interest rates rise and markets cool.

It used to be called “capitalism,” but now it is “fascism”... the merger of state and corporate powers.

In the U.S. Amazon has been awarded at least $650 million in grants, tax breaks, and other incentives from states and local governments bidding to lure the giant retailer to locate facilities in their locales, Good Jobs First reported.

The estimate likely is conservative, the group added, because terms of many of the deals have remained secret.

The sum is more than Amazon collected in any other year since 2000, when Good Jobs First began compiling the data and excludes sweeteners for film projects, office development, and the $750 million Virginia gave up to bring a second Amazon headquarters building to its city of Arlington.

“These incentives are typically available to any firm that meets the criteria and companies do not receive a penny until after they have created jobs and made capital investments,” Amazon said in a statement quoted by the Financial Times.

A new Amazon distribution center typically boosts the number of warehouse jobs in its local area by 30 percent, but often draws workers away from other companies, resulting in no net job gains, according to a 2018 study by the Economic Policy Institute.

TREND FORECAST: As we noted in “Amazon Takeover Expands” (21 Sep 2021), Bigs such as Amazon will continue to absorb more and more of nations’ economies..

Beyond the tax breaks given to the Bigs, other clear fascist deals are exemplified with central banks buying up corporate bonds—junk and otherwise—plus pumping in tens of trillions to Bankster Bandits that are “too big to fail.”

This trend will not reverse until grassroots movements rise up to pressure governments to enact, tighten, and enforce antitrust laws that have been all but abolished across the business, industrial, manufacturing, technology and health spectrums.

In the last three years, Maersk has bought Vandegrift, a New Jersey customers broker; a European customs house; two U.S. e-commerce fulfillment companies with 33 warehouses between them; the Portuguese e-commerce tech firm Huub; and has more closely integrated Damco, the air freight company it bought in 2005, into the company’s overall operations.

The purchases are part of the company’s plan to build an end-to-end global logistics chain.

The plan, hatched by CEO Søren Skou, will wean Maersk away from dependence on ocean freight, especially crude oil, and create a service that will pick up merchandise from manufacturers or sellers and take it anywhere in the world without it leaving Maersk’s hands, a bid to compete with UPS, FedEx, and especially DHL’s international shipping service, industry analysts told Agence France-Presse.

Maersk’s future takeovers likely will focus on operations that can speed shipping, the analysts said, a move that would give it an advantage in a gridlocked global supply chain.

TRENDPOST: Maersk has the cash to buy what it needs to carry out its plan. Ocean shipping companies have booked windfall profits during the ongoing COVID crisis, as we reported in “Shipper Books Tenfold Increase in Net Profits,” 17 August, 2021.

It is unclear that the market will support another global shipper alongside UPS, DHL, and FedEx, which dominate, in that order, worldwide parcel delivery. Rather than making room for another competitor, it is more likely that one service will attempt to buy out any other that shows any sign of weakness.

ONE MEDIA GIANT BUYS ANOTHER

Meredith, a holding company itself, owns magazines such as People, Travel and Leisure, and Better Homes and Gardens, among more than 20 other publications.

The merged entity will be called Dotdash Meredith. Dotdash is the name of IAC’s online publishing division.

In June, Meredith sold its portfolio of 17 television stations to Gray Television for $2.8 billion.

IAC grew from owning the Home Shopping Network to becoming a buyer of web-based entities that it eventually has spun off, including Expedia, LendingTree, and Ticketmaster.

The deal with Meredith, which is expected to close later this year, still leaves IAC with lots of cash to buy more companies, CEO Joey Levin said in a call with reporters announcing the purchase.

TRENDPOST: IAC’s compulsive purchases of lifestyle, personal service, and soft news websites mirrors a major long-term trend in hard news: journalistic outlets are being bought up by corporate owners focused on bottom lines instead of informing the public.

As more media outlets are owned by fewer corporations, the public has access to fewer points of view and a restricted diet of news. Indeed, some six media corporations control over 90 percent of America’s media.

After months of escalating competitive bids, the British government’s Takeover Panel  held a one-day auction on 2 October to determine which bidder would capture Wm Morrison Supermarkets, the U.K.’s fourth-largest grocery chain with 497 supermarkets as well as a number of gas stations and convenience stores.

Morrison provides groceries to Amazon Prime and other online services and tripled its web-based sales through 2020, The Wall Street Journal reported.

The Takeover Panel oversees buyout deals in the nation.

By the end of the auction, Morrison’s shares had been bid up 61 percent from their price before the contest began.

CDR’s group, which includes Ares Management and a division of Goldman Sachs, bid £2.87 a share against Fortress’s final offer of £2.86, the Takeover Panel reported.

Morrison owns most of its stores and the value to be gained by selling or leasing those properties was a key calculation in formulating bids, an unnamed person familiar with the contest told the WSJ.

TREND FORECAST: In the New ABnormal, in virtually every business sector, it has become a world of “chains” to which the peasants of Slavelandia are chained. They work for them and buy from them.

Indeed, the world has gone from grocery stores, to grocery chains; drug stores, to drug chains, stationary stores, to stationary chains; hardware stores, to hardware chains, etc. And as we have forecast, until, and if, there are strong populist movements to restore anti-trust acts that have been decimated, the Bigs will keep getting Bigger.

On the upside, the more consolidation, the less competition which leaves wide market gaps for new products and services that OnTrendpreneures® can fill that bloated Bigs can’t see... or are too small for them to consider.