SPOTLIGHT: THE BIGS GET BIGGER 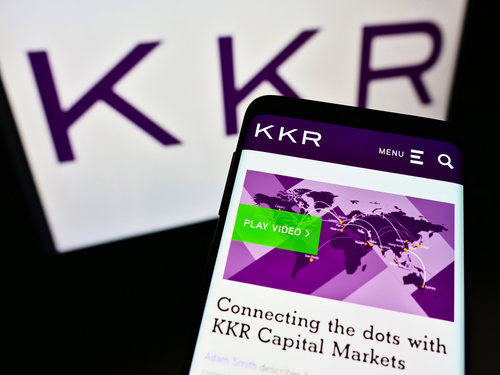 The offer puts a 37-percent premium on the company’s 19 April closing share price.

The Ramsay Foundation, the company’s biggest shareholder with a 19-percent stake, favors the deal, the Financial Times reported.

The purchase would be another in a string of public-to-private sales in Australia this year.

Those include Blackstone Group’s $6.4-billion takeover of the Crown casino company, Brookfield Asset Management’s bid for telecom company Uniti for $2.7 billion, and a pair of private equity firms’ purchase of the Sydney airport for $23 billion, which was the largest all-cash takeover in the country’s history.

ACC owns one of the largest portfolios of student housing in the U.S. The company owns more than 100 apartment buildings and residence halls at the University of California Berkeley, Princeton University, and other institutions.

Blackstone also will build new student housing units for campuses it deems to be “inadequately served.”

ACC’s board succumbed to Blackstone’s offer under pressure from Land & Buildings Investment Management, an activist shareholder.

Blackstone also is buying PS Business Parks about $7.6 billion in cash, roughly $187.50 a share in cash, according to a statement Monday. The agreement adds a 12-percent premium to PS’s 22 April closing share price.

The deal gives Blackstone approximately 27 million square feet of industrial and low-rise office space in 96 properties with about 4,900 tenants and 800 rental units. The properties are spread across U.S. coastal areas of California, Miami, Texas, and northern Virginia.

Blackstone has made itself a major player in residential real estate, beginning in the Great Recession, when it established a subsidiary called Invitation Homes to buy houses at distressed prices, then rented them to families unable to afford to buy homes of their own.

During the COVID War, Invitation Homes broadened its strategy to not only buy individual homes, but also to buy houses in lots from developers, often before the homes were built, as rental properties.

The tactic cleared thousands of homes off the market at a time when more families were shopping for houses during the shift to remote work. The tactic drove home prices higher, especially in the most desirable markets, freezing thousands of households out of home ownership.

Last July, Blackstone bought $5.1 billion worth of rent-controlled apartments in San Diego, sparking concerns by housing activists that the company would hike rents beyond the ability of current tenants to afford.

In the same month, the firm paid $6 billion to take over Home Partners of America, which held a collection of rent-to-own homes. The business now owns about 17,000 houses around the U.S.

The projects, to be developed and managed by the Georgia-based Landmark Properties, will be laden with amenities, some including separate game and video rooms, fully equipped gyms, and, in some cases, swimming pools.

About 2.1 million students enrolled in U.S. colleges and universities last fall, according to data from the National Student Clearinghouse Research Center.

The number is only slightly higher than during COVID-ravaged 2020 and 22 percent fewer than in 2015.

However, prestige schools have weathered those challenges more smoothly.

At 2000 competitive colleges last December, students were paying an average of $791 in monthly rent, according to research firm Yardi Matrix.

We have tracked Blackstone’s and other private equity firms’ footprints across the U.S. housing market in a series of reports:

British drug giant GlaxoSmithKline (GSK) has agreed to buy Sierra Oncology, a Canadian firm specializing in the treatment of blood cancers, for £1.5 billion or the equivalent of about $1.9 billion.

Sierra will seek regulatory approval this year for its new drug that treats myelofibrosis, a rare bone marrow cancer, and that also eases the symptoms of anemia the cancer causes.

GSK’s purchase is a response to demands from shareholders that it boost its portfolio of new drugs in the face of declining values for biotech stocks.

The new drug will create “a 70-percent overlap” with physicians who already use GSK’s drug Blenrep that treats multiple myeloma, the company said.

This summer, GSK will spin off its over-the-counter products division, which includes brands such as Advil and Polident. The new business will be called Haleon.

When Haleon is spun off as a separate public company, GSK will retain a 20-percent share and collect about £7 billion in cash that will be used to buy more companies, analysts predicted.

Analysts expect to see more mergers and acquisitions in the drug business to counteract the industry’s sagging share prices.

Halozyme Therapeutics, a San Diego firm specializing in cancer treatment, has agreed to buy Antares Pharma for $5.60 a share, a deal worth about $960 million.

Antares focuses on injection products for self-administered drugs and also has developed a line of testosterone replacement compounds.

The purchase is Halozyme’s first as part of its plan to grow through takeovers after its drug to treat pancreatic cancer failed in clinical trials in 2019.

Buying New Jersey-based Antares will enable Halozyme to move further into home-based therapies as well as give it a new specialty product.