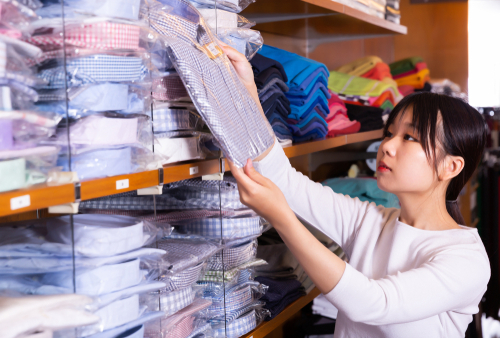 The annual inflation rate for Chinese factories’ raw materials dipped to 8.8 percent in February from 9.1 percent the month before, The Wall Street Journal reported.

Also in February, factories raised the prices for their products for the first time since October.

The increases were driven by rising costs for fuel, energy, and metals, the WSJ said.

Prices for the country’s consumer goods bumped up 0.6 percent in February and 0.9 percent over the preceding 12-month span. They had slipped by 0.4 percent in January.

The modest rise in consumer costs was due partly to a decline in pork prices, China’s staple meat, which plunged by 42.5 percent over the previous year.

The increases, which came before Russia attacked Ukraine, indicated markets’ worries that the pending war would speed inflation, the WSJ said.

PUTIN’S WAR NOT SOLELY TO BLAME FOR INFLATION

“I’m sick of this stuff,” he told Congressional Democrats in their annual retreat earlier this month, in comments quoted by Reuters.

“The American people think the reason for inflation is the government spending more money [but] inflation is largely the fault of Putin” and his attack on Ukraine.

Biden blamed January’s leap in gasoline prices on Putin surrounding Ukraine with 150,000 troops, saying “the world took notice” and business “anticipated” the attack, implying that companies raised prices because they expected a war that would disrupt supplies.

Biden recently announced that the U.S. would phase out imports of Russian oil by the end of this year.

While that will put upward pressure on the world’s oil price, the absence of Russian oil was already being factored into prices, according to the WSJ; insurers and ocean shipping companies are loathe to handle that cargo for fear of running afoul of international sanctions or, more simply, fear of seeing their ships and cargo sail in a war zone.

However, many Americans see Biden’s $1.9-trillion American Rescue Plan, which Congress passed last year, as a source of inflation and that his proposed $1.7 trillion in new spending under his stalled Build Back Better initiative would make inflation even worse.

“This is Biden’s inflation and he needs to own it,” Steve Rattner, CEO of Willett Asset Advisors and chief advisor to Barack Obama’s task force on the auto industry, wrote in a tweet cited by The Wall Street Journal.

However, inflation was firmly entrenched in the U.S. and global economies before Biden arrived in the Oval Office and before Russia’s attack on Ukraine disrupted supplies of wheat, oil, and other basic commodities, sending prices even higher, WSJ analyst Justin Lahart reminded in an 11 March essay.

A gallon of regular gasoline averaged $3.52 across the U.S. last month, up by more than a third in three months. The rise in oil prices also spilled over into costs for transporting goods to stores, airline tickets, and similar services, Lahart pointed out.

Prices for services other than those related to energy jumped 0.5 percent month-to-month in February, their biggest gain since October 1992.

The cost of services, which make up the bulk of U.S. consumer spending, rose 4.4 percent over the previous 12 months, their sharpest hike in 30 years.

Labor makes up a greater share of service prices than in manufacturing and wages grew by 5.1 percent in the 12 months ending in February, with those for workers in leisure and hospitality shooting up 11.2 percent.

As we have noted again and again, the U.S. Federal Reserve was focused on triaging the jobs market and failed to raise interest rates to curb inflation, letting it run wild, as we have reported in articles including “Powell Warns of Dangers for Labor Market” (16 Feb 2021), “Fed Will Hold Policy Steady, Powell Says” (9 Mar 2021), and “Fed Holds Firm on Policy Despite 5-Percent Inflation” (20 Jul 2021).

Besides the near zero and negative interest rates of nations including the U.S. and EU, governments have doled out trillions of dollars to stimulate their locked down economies.

As the COVID War wound down, consumers went on a post-COVID buying spree despite factories’ slow return to production and snarls in global supply lines, both of which pushed up prices amid strong demand for a scarcity of goods. We noted this inflationary pressure in “Consumer Spending Gained in June” (3 Aug 2021) and similar articles.

Like the Fed, Biden also chose to downplay the dangers of inflation and managed to squeak his American Rescue Plan through Congress, losing another $1.9 trillion into the economy, giving consumers even more to spend while goods were still scarce.

All of these factors were in place before Putin massed his troops along Ukraine’s borders. Yes, his invasion has added to inflation – but it was icing on a cake that already had been baked.