SPOTLIGHT: INFLATION STILL ON THE RISE 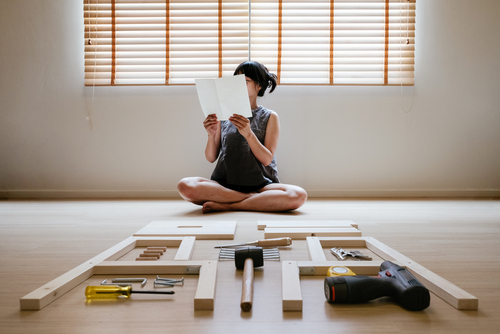 IKEA: SALES AND PRICES UP, PROFITS DOWN

Although online and in-store sales rose 6 percent to a record €49.1 billion, or about $57 billion, during its fiscal year ending 31 August, Ikea reported profits slumped 17 percent to €1.4 billion during the period.

This was the second consecutive year of falling profits for the world’s largest furniture retailer.

The company also announced that higher materials costs and supply chain disruptions were forcing it to raise prices, although the amounts or percentage of the increases were not disclosed.

Ikea hopes retailers will absorb the increases, or at least most of the added cost, so consumers will not have to, Martin van Dam, CFO of parent company Inter Ikea, said to the Financial Times.

Ikea touts the affordability of its products, making the price hikes even more painful as the company seeks to expand in India, China, and other newly-developing economies.

“It’s something we don’t like,” van Dam said, noting that the severity of cost increases and supply chain kinks had led to a shortage of merchandise to sell.

“We want to absorb as much as possible [of] these price increases,” he said, “but there comes a moment when it becomes impossible for us to hold it back.”

During the logistics crisis, Ikea has spent €250 million buying its own containers, sending shipment by rail instead of sea, and mitigating distribution clogs and materials shortages in other ways, the FT reported.

“FY22 will not be easier than FY21; it will be more difficult,” he added. “It eats away our margins in a massive way.”

Snacks mogul Mondelez International has warned it will raise retail prices proactively in coming months to stay ahead of rising costs for materials, labor, packaging, and shipping.

U.S. shoppers will see price hikes of 6 to 7 percent in January, the company said.

Customers in Brazil, Mexico, Russia, and Southeast Asia also will be paying more soon, it noted.

The owner of Triscuits crackers, Oreo cookies, Sour Patch Kids candy, and Toblerone chocolate is facing higher costs as demand for its products grows around the world, the company said.

“We plan to increase prices more than we’ve done…for quite a while,” CEO Dirk van de Put told The Wall Street Journal.

Workers at three Mondelez bakeries in Chicago went on strike in late summer, ending the walkout in September with a new contract including bonuses, higher wages, and a greater company match to employees’ retirement plans, the WSJ reported.

Food processors have been raising prices steadily through this year, as we have noted in “Food Companies Raise Retail Prices” (15 Jun 2021) and “Restaurants, Food Producers Raise Prices to Meet Costs” (20 Jul 2021).

TRENDPOST: The supply-line crisis is only one factor driving up food prices.

Food prices have always been volatile, rising and falling with weather patterns.

However, the new ABnormal of persistent droughts, temperature extremes, and shifting air currents are raising average food prices permanently to a higher level.

As a result of a poor harvest of spring wheat and a doubtful winter crop harvest, grain prices, such as hard red spring wheat, have hit their highest prices since the Panic of ’08. According to the U.S. Agriculture Department, wheat stockpiles are down 18 percent and on-farm inventories have sunk to their lowest levels in 50 years.

According to the United Nations Food and Agriculture Organization, world food prices hit their highest levels since 2011.

In America, people are cutting back on eating meat, as prices for products such as rib-eye have spiked some 40 percent.