SPOTLIGHT: INFLATION ON THE RISE 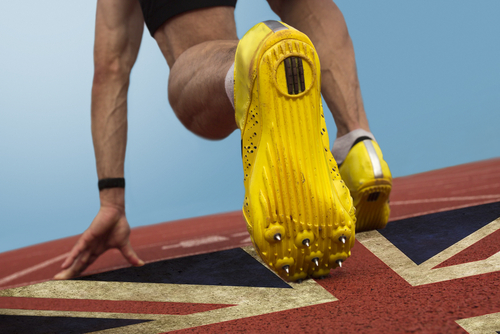 Inflation in the U.K. edged up to 4.2 percent in October, year over year, accelerating from September’s 3.1-percent pace.

The rate at which October’s prices rose was the fastest since December 2011 and more than double the Bank of England’s 2-percent target rate.

The U.K.’s core inflation rate, which screens out food and energy costs, climbed to 3.4 percent last month, passing the 2.9-percent pace in September.

Higher fuel and energy prices were inflation’s primary drivers, although it was increasingly clear that price pressures brought on by supply-chain clogs were being passed to consumers across a range of categories, according to the Office for National Statistics.

The speed with which prices are rising could prompt the U.K.’s central bank to raise interest rates as soon as next month, economists told The Wall Street Journal, which would make it the first central bank in a G7 country to boost rates since the global economic recovery began.

Investors in Britain’s interest-rate futures markets are pricing in a strong probability that rates will increase in December, the WSJ said.

However, the bank has vowed not to raise rates before Christmas.

Although the European Central Bank has pledged not to raise interest rates until at least 2023, several countries already have, including Australia, Brazil, Canada, the Czech Republic, New Zealand, Norway, and Russia.

The U.S. Federal Reserve has backed away from previous comments calling rising inflation “temporary” or “transitory” and will begin withdrawing supports from the U.S. bond market next month as a prelude to rate increases next year.

Bank of England officials also have said that pressures pushing up prices will fade but also have said they expect inflation to reach 5 percent within a few months before it begins to ease.

The British bank’s governing body does not expect inflation to fall to the bank’s 2-percent target rate unless interest rates rise, according to the WSJ.

Elevated shipping costs sparked by the global supply-line turmoil will drive up prices worldwide by 1.5 percent if freight rates remain at current levels through 2022, and poorer nations will pay the greatest price, the United Nations Conference on Trade and Development (UNCTAD) said in a statement last week.

However, the world’s 46 least-developed nations that depend on imports for staples will see prices rise not by 1.5 percent but rather by 2.2 percent over the period, while isolated island nations such as Fiji and Mauritius could see consumer prices skyrocket as much as 7.5 percent, according to UNCTAD.

U.S. inflation reached 6.2 percent in October, its fastest pace since 1990. Britain’s prices rose at 4.2 percent for the month, almost a 10-year record, and inflation in the Eurozone climbed to 4.1 percent, the most in 13 years.

TREND FORECAST: The speed at which prices are rising is prompting central banks to raise, or prepare to raise, interest rates.

Dozens of less-developed nations already are burdened under huge debts, many of them denominated in dollars.

Although many of these countries will benefit from higher prices for the commodities they export, higher interest rates will combine with higher prices on imports to throw these nations into a new debt crisis at a time when developed nations will be struggling to pay down the debts they piled up during the COVID War.

As a result, millions of persons will tumble back into poverty, sparking protests and political unrest in these already vulnerable countries.