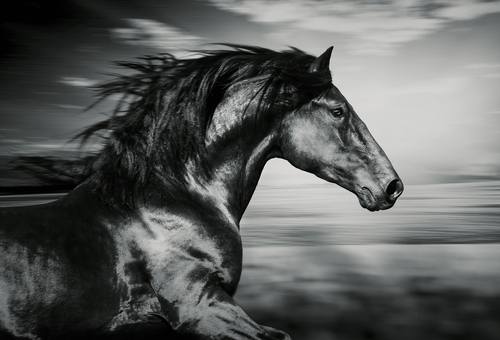 The Core Personal Consumption Expenditures Index (PCE), the U.S. Federal Reserve’s preferred measure of inflation, stayed at 3.6 percent in September from August, maintaining its fastest pace since May 1991, CNBC reported.

The PCE excludes food and energy prices, which tend to be more volatile than other costs.

Energy prices edged up 0.4 percent in September from August, pushing inflation in the overall consumer price index to 4.4 percent.

Over the past 12 months, U.S. energy costs have soared 24.9 percent and food costs have jumped 4.1 percent.

Service prices shot up 6.4 percent over the past 12 months, while goods added  5.9 percent to their costs.

Still, at least some U.S. officials cling to the idea that inflation is a passing phenomenon.

“Year-over-year inflation remains high and will for some time simply because of what’s already happened in the first months of the year,” treasury secretary Janet Yellin said last week in a CNBC interview.

“But monthly rates, I believe, will come down in the second half of the year,” she said. “I think we’ll see a return to levels close to 2 percent.

TREND FORECAST: Leaders in the logistics industry see supply-chain disruptions continuing to at least the middle of 2022, as we reported in “World’s Supply Chain Snarled Until Well into Next Year” (14 Sep 2021).

When the clogs clear, there will still be high demand for goods that were blocked by supply tie-ups, sparking a new round of shortages and higher prices for high-demand items.

From today’s perspective, it remains difficult to see inflation settling at 2 percent until at least early 2023.

In September, U.S. consumer prices rose at their fastest clip in 30 years, while workers saw their total compensation grow more than at any time in the last two decades, according to government data.

The Core Personal Consumption Expenditures Index, the U.S. Federal Reserve’s preferred measure of inflation, stayed at 3.6 percent in September from August, maintaining its fastest pace since May 1991, CNBC reported (see related story in this issue).

Although compensation rose, Americans experienced a 0.7-percent loss of discretionary income as inflation gobbled up pay raises (see related story in this issue).

Also, the U.S. labor department’s employment-cost index, combining the cost of wages and benefits, jumped 1.3 percent in this year’s third quarter from the second, its fastest gain since at least 2001. And despite the shortage of workers in the U.S., only 62 percent of U.S. adults of working age are either working or actively looking for a job, which is the smallest proportion of the labor force since the 1970s.

Consumer sentiment registered 71.7 in the University of Michigan’s monthly survey, almost a third lower than the 101 that marked February 2020, just before the COVID virus arrived.

Consumers also expect inflation to surge at 4.8 percent over the next 12 months, the survey found.

TREND FORECAST: As we have been forecasting, there will be more worker strikes and more union growth... globally. As inflation keeps rising workers will want higher pay. And with a low supply in the workforce—and shrinking more since many are refusing the COVID Jab—there will be a wage hike spiral as well which will also push inflation higher.

THE COST OF BREAKFAST SOARED 63 PERCENT IN PAST TWO YEARS

The cost of breakfast has risen 63 percent since 2019, according to the Financial Times.

The FT’s “breakfast indicator,” which tracks commodity prices for wheat, oats, milk, sugar, coffee and orange juice have risen that much over the period and sped up over the summer, shooting up 26 percent since the end of June.

Cost pressures on ingredients, processing, packaging, and transport will continue, analysts told the FT, leading food makers such as Nestlé and Procter and Gamble not only to raise their products’ retail prices but also warn that more hikes are ahead (“Food Companies Raise Retail Prices,” 15 Jun 2021).

“High prices are here for at least another year,” Carlos Mera, chief agricultural commodities researcher at Rabobank, told the FT.

However, soaring post-COVID demand has collided with droughts and two consecutive years of La Niña weather patterns, sparking more drought in the western hemisphere and rain deluges in Australia.

As a result of these factors, wheat futures have zoomed 20 percent as Argentine, Russian, and U.S. wheat crops withered under droughts, while Europe’s growers dealt with heavy rains.

Drought in Brazil has damaged the coffee and sugar crops, pushing their prices up 56 and 26 percent, respectively, this year.

At the same time, rising demand for biofuel has pushed up prices for vegetable oils.

Droughts have left farmers with smaller crops so they are unable to cash in on the commodities’ higher prices, which means they have less money to invest in seeds and equipment to produce more next year, the FT pointed out.

Also, soaring prices for natural gas have prompted some fertilizer plants to shut down, darkening the outlook for next summer’s crop yields. Natural gas is used to produce compounds in chemical fertilizers.

“All agricultural commodities are going to be affected by fertilizer prices not coming [down] in the short term,” research chief Kona Haque at ED&F Man said to the FT.

“It’s going to take more than a year to grow your way out of the tight supply situation we’re in now,” Will Osnato, analyst at Gro Intelligence, commented to the FT.

“This is really when we start feeling the pressure on input cost inflation,” he said.

TREND FORECAST: The proof is in the pudding, literally, that inflation is not temporary or transitory as the Bankster Bandits were selling for nearly a year.

The rising prices are going to be felt around the world. Thus, there will be artificial increases in consumer spending. Yes, consumer spending numbers will go up, but not because people are buying more products, but rather they will be buying less but it will cost them more.

KRAFT HEINZ JACKS PRICES AS IT SCRAMBLES TO MEET DEMAND

Food giant Kraft Heinz is unable to fill orders for single-serving drinks, meal combos, and other products popular now that children have returned to school, the company said in a 27 October statement.

Unable to source enough materials such as coffee, dairy products, and meat, Kraft Heinz has raised consumer prices on two-thirds of its products by between 4 and 5 percent, reflecting its rising costs of materials, including packaging, The Wall Street Journal reported.

The company expects inflation to persist through at least the middle of next year and will continue to raise prices as it needs to, it said.

Even with short supplies, the company reported a year-on-year sales increase of 1.3 percent in this year’s third quarter.

TRENDPOST: Our “OFF WITH THEIR HEADS 2.0” trend from December 2019, forecasting the global rise in anger directed at the 1 percent, was already spreading globally prior to 2020’s COVID War.

As the gap between the rich and poor widens, so, too, will the animosity between the “haves” and “have nots.” And as the Bigs keep getting bigger, income inequality will be a key platform in the formation of new political parties across the globe.

Gated communities will increase in popularity, and more private security will be hired by the haves who will be gangland targets.

With U.S. restaurants having collectively raised wages at least 10 percent this year, according to The Wall Street Journal, McDonald’s expects to raise domestic menu prices about 6 percent in 2021, the company told the WSJ.

The burger flipper’s company-owned restaurants have raised pay about 15 percent this year, McDonald’s said, with pay in franchisee-owned outlets up an average of about 5 percent.

The company also is paying more for everything from potatoes to cleaning supplies, it noted.

Commodity costs rose 2 percent earlier this year but will rise 3.5 to 4 percent overall for this year, McDonald’s predicted.

Starbucks has announced it will raise the average pay for U.S. hourly workers from $14 to $17.

Baristas with at least two years of service will be eligible for raises of up to five percent; those behind the counter for at least five years could see a boost of as much as 10 percent.

TREND FORECAST: It has not only been pre-existing medical conditions that have made people more susceptible to the COVID virus. The high rates of disease and death in the U.K. and U.S. parallel those countries’ addiction to fried and manufactured foods that have much of the nutritional value taken out of them to make room for salt, white sugar, and flavorings.

As we noted in “Junk Food Sales Turn Sunnyside Up” (2 Feb 2021), while organic movements have grown substantially over the last two decades, organic foods in 2019 accounted for only 5.8 percent of the food sold in retail channels. Indeed, a walk through any major supermarket chain store shows how small the organic sections are and how limited the scope of products are compared to the low-quality, highly processed, non-organic aisles that dominate.

TREND FORECAST: McDonald’s higher prices will not hurt sales. Adults, teens, and children will keep gobbling junk food for comfort and familiarity in a world that seems increasingly chaotic and uncertain.