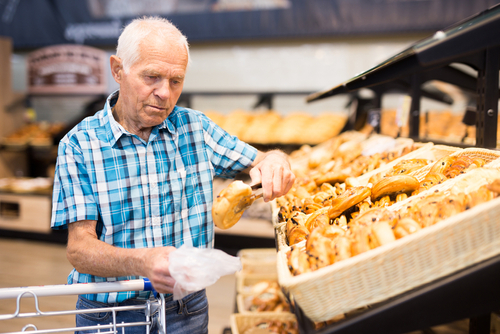 Europe’s economic recovery will be in danger if inflation continues to destroy consumers’ buying power and the European Central Bank (ECB) is forced to hike interest rates sooner than planned, according to 38 economists polled by the Financial Times.

Inflation poses a “significant risk” to the 19-member Eurozone’s economic growth, according to 40 of the analysts in the survey.

“Inflation will eat into wages, reducing demand,” warned Jesper Rangvid, a finance professor at the Copenhagen Business School, in an FT interview.

“ECB might also have to respond to inflation risks by raising rates, taming the [economic] upswing,” he said.

Inflation sped to 4.9 percent in November, a record since the euro currency was created in 1999, as prices for natural gas as much as quadrupled last fall, which we detailed in “High Natural Gas Prices Slow Europe’s Recovery” (21 Sep 2021).

“Our economic outlook stands and falls with the inflation outlook,” senior Europe economist Katherina Utermohl at Allianz told the FT.

“Should we see runaway inflation that looks set to remain above [the 2-percent target] beyond 2022, the ECB will have to rein in its policy stance much more abruptly than currently envisioned, which could weigh on the real economy as well as fuel financial stability concerns,” she said.

Europe’s producer prices rose 21.9 percent in 2021 through October, driven by a 62.5-percent explosion in energy costs. The price of industrial goods rose 8.9 percent during the period, indicating that producers swallowed much of the cost increase—a tactic that is unsustainable in the long term.

“Runaway inflation is a more significant risk than” the COVID virus, Wells Fargo economist Nicholas Bennenbroek, commented to the FT.

TREND FORECAST: The ECB estimates the Eurozone’s overall inflation rate at 2.6 percent in 2021 and expects 3.2 percent this year, both above its 2-percent target.

Yet, despite inflation rising, it will keep its decade-long negative interest policy in place for as long as possible... ignoring its proclamation to raise interest rates when inflation moved above its phony, made-up, 2 percent inflation target. Again, the banksters are doing this to keep equity markets and the economies from dramatically declining.

In December, inflation across the 19-country Eurozone reached 5 percent, year over year, a record since the euro currency was created in 1999, the European Union’s statistics agency reported.

Economists had predicted inflation would slow to 4.7 percent last month and would peak there, gradually declining into the new year, The Wall Street Journal noted.

However, a 4.6-percent jump in costs for food pushed the rate past November’s overall inflation rate of 4.9 percent, also a record at the time.

Food prices had risen only 1.6 percent the month before.

December’s energy prices were up 26 percent year over year, a slight dip from past months.

“Headline inflation will stay elevated until at least late summer, especially as higher wholesale energy prices are passed through to retail consumers and other parts of the economy,” Carsten Brzeski, ING’s chief of macro research, told the Financial Times.

“Several corporate clients have told us they will increase prices over the course of 2022,” he noted.

However, last month bank officials repeated their view that raising interest rates is not yet necessary and is unlikely any time this year, although the bank will end its’ €1.85-trillion bond-purchasing program in March (“Europe’s Central Banks Diverge on Stimulus Policy,” 21 Dec 2021).

The bank acknowledged that inflation will run higher for longer than ECB leaders had expected and will average 3.2 percent in 2022, bank president Christine Lagarde said in a press conference last month.

However, inflation will slow this year and settle to 1.8 percent in 2023, slightly below the bank’s target rate of 2 percent, she predicted.

TREND FORECAST: As the U.S. Federal Reserve did, the ECB’s leaders are maintaining a too-rosy outlook, pretending that inflation will stay low so they can prop up Europe’s equity markets and economies... that are sinking lower as nations ramp of COVID War restrictions that are destroying lives and livelihoods.

The more likely outcome is that inflation will remain higher longer than the bank forecasts, ultimately forcing it—as the Fed is—to rein back bond-buying supports and raise interest rates sooner than expected, roiling markets and risking a bumpy return to economic reality that, in Europe’s case, will cast the Eurozone back into recession.

Since September, climbing lumber prices have added $18,600 to the cost of a new home, according to the National Association of Home Builders (NAHB).