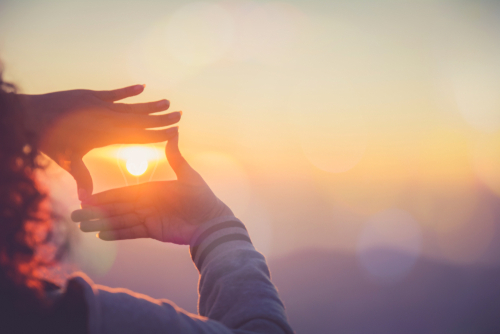 U.S. inflation will slow in the months ahead because the factors driving it are easing, Cecilia Rouse, chair of the Biden administration’s Council of Economic Advisors, said in testimony to the Senate’s banking committee last week.

Inflation’s speed is fueled by strong post-COVID consumer demand outstripping industry’s ability to regain pre-virus production levels, she said, as well as kinks in global supply chains and a shortage of workers.

“We expect that as people come back into the workforce as the [virus] is under control, that will ease some constraints [and] help on the supply side,” she said.

As the COVID plague “is addressed around the world, that will help bring more goods as well,” she said.

Republicans on the committee chided Rouse over the administration’s plan to spend trillions of new dollars on infrastructure and social programs.

“It’s really important that we not engage in yet another spending spree, which will only make [inflation] worse,” Senator Pat Toomey (R-Pa.) said.

Rouse also urged the committee to advance the nominations of Jerome Powell and four other candidates for posts with the U.S. Federal Reserve.

Republicans on the committee have stalled the nominations over concerns about one nominee, Sarah Raskin, who urged the government to not make COVID-era loans to over-leveraged oil producers and who also favors stronger federal action to combat climate disruption.

PUBLISHER’S NOTE: At least Rouse did not say inflation is “temporary” or “transitory.”

TREND FORECAST: As polls now indicate, Republicans will regain control of the House and Senate in this year’s midterm elections, and no new spending will be approved.

While that is likely to somewhat help tame inflation, as they have for decades, regardless of which crime syndicate is in charge, long-standing social and infrastructure needs will continue to go unmet.

With wealth gaps widening, war talk escalating, worsening animosities will not only escalate between the two political parties, but also among U.S. economic classes.

ECB CHIEF ECONOMIST DOES 180 ON INFLATION

Inflation in the Eurozone is unlikely to fall to the bank’s 2-percent target rate until at least 2024, according to Philip Lane, chief economist at the European Central Bank (ECB).

Three weeks ago, Lane expressed the view that the zone’s inflation was equally likely to reach or fall below 2 percent in the next two years.

His change of views is a bellwether: the expected rate of inflation through 2023 is the key factor in the bank’s decision when and how quickly to end its €4.8-trillion bond-buying stimulus program and raise interest rates from the -0.50 percent where they have been since 2014.

The bank has not raised its interest rate since 2011.

Lane downplayed his change of outlook as “not staggeringly huge” and said that any changes to ECB policy would be a gradual “normalization of policy,” which analysts interpreted to mean ending bond purchases and raising interest rates to zero, the Financial Times said.

Lane differentiated that normalization from “monetary tightening,” which would involve raising interest rates higher and faster if inflation was to remain far above the 2-percent target for several years.

However, “that’s not what we see in front of us,” Lane said.

Lane spoke at a webinar hosted by news and data service MNI.

In December, the ECB predicted Europe’s inflation would fall to 2 percent by the end of this year and settle to 1.8 percent through 2023 and 2024. The bank is expected to revise those predictions at its March meeting, according to the FT.

TRENDPOST: We could call it “Central Bankster Syndrome.” The symptom: waiting until inflation has stolen everyone’s purchasing power before you stop thinking that soaring prices are “temporary” or “transitory.”

At his December 2020 press conference, Fed chair Jerome Powell pointed to “disinflationary pressures around the globe” and said “it’s not going to be easy to have inflation move up.”

A month later, with inflation on the move well above the Fed’s 2-percent target rate, Powell said it was only “temporary.”

In July, with inflation running at 5 percent, Powell told a Congressional committee that “we really do believe that these things will come down of their own accord as the economy reopens,” he noted.

TREND FORECAST: If Lane’s comments are any indication, the European Central Bank is learning what Powell did: inflation must be addressed now if it is not going to cancel the benefits that low interest rates brought to the economic recovery.

The ECB will raise interest rates at least to zero before this year ends.

Prices paid to factories for their products rose 9.7 percent in January, year over year. The 1-percent rise from December was the biggest one-month jump since last May.

Economists polled by Bloomberg had expected a 9.1-percent yearly gain and a 0.5-percent bump from December.

“Inflation is everywhere and it seems to be gathering both breadth and momentum,” Stephen Stanley, chief economist at Amherst Pierpont Securities, wrote in a note to clients.

“The combination of stubborn supply disruptions and elevated energy prices will prevent producer prices from reverting to more normal patterns until later this year,” economists Kathy Bostjancic and Mahir Rasheed at Oxford Economics wrote in a note quoted by Bloomberg.

Prices paid to manufacturers in New York state soared 17 points to 54.1 in the Federal Reserve Bank’s index of general business conditions, the largest single increase since the bank began tracking the figure in 2001.

Also, energy prices added 2.5 percent in January after edging down in December and are continuing to climb as the Ukraine crisis unfolds.

Prices of goods expanded 1.3 percent from December through January, the largest monthly jump since October.

The price of services added 0.7 percent, the same rate of gain as in December.

The cost of hospital outpatient care grew by 1.6 percent during the month, adding the greatest share of increased costs.

TREND FORECAST: Again, as we had forecast when it began, the future of inflation was clear from the start. Yet the central banksters, as we also have been long reporting, kept denying it.

We do not believe they believed it was temporary and transitory. They are not stupid. But rather, the Feds denied it because they wanted to keep the equity markets soaring and the COVID War deflated economy artificially inflated.

Now that game is over. And we maintain our forecast for Dragflation: declining economic growth and rising inflation.

BUSINESSES GET CREATIVE IN PASSING INFLATION’S COST TO CUSTOMERS

Consumers do not always see inflation’s cost written onto price tags. Sometimes, we might not be aware of various ways that we pay for retailers’ and manufacturers’ higher costs.

A Chicago restaurant chain has added a 3-percent “processing fee” when a guest pays with a check. Peloton, the home exercise equipment maker, now charges $250 for its formerly free delivery and set-up service.

Several Disney theme parks have not raised their $109 base ticket price, but have added separate fees and, in some cases, canceled free shuttles to pick up guests at their hotels, leaving people to pay for their own transport and parking.

Some Marriott hotels are charging a “sustainability fee” of about $5 a night. Harley Davidson has tacked a surcharge onto its motorcycles.

Consumers focus on the price and, to some degree, on ingredients but rarely pay attention to a product’s weight, so “it’s pretty easy to move from 13 ounces to 12,” Harvard business school professor John Gourville told The Wall Street Journal.

As a result, in recent years the same size cans of tuna have less fish in them than they used to and a roll of toilet paper has less tissue, consultant Burt Flickinger III at Strategic Resources Group said in a WSJ interview.

TRENDPOST: Mondelez International, which makes Oreo cookies and Ritz crackers, among other things, has been experimenting with different packaging and prices that cost consumers less but that carry a greater profit margin, as we noted in “Restaurants, Food Processors Raise Prices to Meet Costs” (20 Jul 2021).

The Biden administration contends it is looking into these so-called “junk fees” over concerns that some may be padded beyond the actual cost increases companies are attempting to offset. It is more talk than action and will amount to nothing. And, the “shrinkflation” trend will continue.

In January, Britain’s inflation rate rose to 5.5 percent, year on year, its fastest pace since March 1992, according to the Office for National Statistics.

The rate had been 5.4 percent in December.

Increases in the cost of clothing, footwear, and rents, led prices higher; some household goods also spiked in price.

The Bank of England raised interest rates in each of its last two policy meetings. Inflation’s unrelenting rate will pressure the bank to hike rates again, The Wall Street Journal noted.

TREND FORECAST: Two consecutive rate increases have not affected the U.K.’s inflation rate. The chances are now greater that the central bank will boost rates again at its next meeting.

As we noted in “Bank of England Raises Rates Again” (8 Feb 2022), futures traders already have bet that the U.K.’s interest rate will reach 1 percent in May and 1.5 percent in November, a level not previously expected until March 2023.