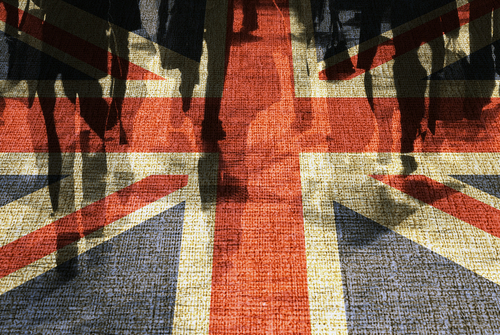 Europeans may be looking at the extended weather forecast more closely than usual in hopes of a mild winter because gas prices have hit a new record high last week as uncertainty over Russia’s intention with Ukraine looms large.

The Wall Street Journal reported that the benchmark prices for natural gas for January increased to €120.25 per megawatt-hour, which marks a nearly 30 percent jump this month and 600 percent since January. The Trends Journal asked in September: “Will Surging Gas Prices Sink U.K., E.U. Economies?”

“We are literally at the mercy of the weather for the next month or two,” Henning Gloystein, an analyst at Eurasia Group, told The New York Times. Laura page, a gas analyst at Kpler, a research firm, told the paper that the British are paying $41 per million British thermal units, which is the equivalent of the U.S. paying $230 per barrel for oil.

Reuters reported that most of the gas that flows through pipelines goes through Belarus and Poland. The Nord Stream connects directly to Germany. The trend continued on Monday when gas prices increased more than eight percent.

Reuters reported that Russian deliveries through the Tamal-Europe pipeline were at their lowest levels in a month. The Financial Times reported that the request from European countries to Moscow to increase output went unanswered.

Laurent Ruseckas at HIS Markit, a consultancy firm, identified several problems with the paper that included low storage levels, new competition from Asia, and questions about Moscow’s intentions with Ukraine. Another analyst said it has been unseasonably cold in western Russia, which could be hampering output.

“The market is in a febrile state, so these things come out and the prices are affected significantly and immediately,” he told the paper. Gazprom, the major Russian supplier, has said it met all contractual obligations with Europe.

Critics have accused Russia of playing politics with the gas output to advance its Nord Stream 2 pipeline to Germany. The Biden administration announced in May that it will not hit companies working on the project with sanctions. The BBC called the pipeline a “major geopolitical prize for the Kremlin.”

Sen. Bob Menendez, a Democrat, criticized the White House’s move at the time and urged Biden to “move forward with the congressionally mandated sanctions.”

Ukrainian officials said the construction of the controversial pipeline could cost the country about $2 billion in “annual transit revenue” and “makes it more susceptible to energy extortion by Russia.”

TREND FORECAST: We hold to our forecast made in “High Natural Gas Prices Slow Europe’s Recovery” (14 Sep 2021): high gas prices will reverberate through the continent’s economy, pausing growth through the winter, fueling inflation, and retarding any full economic recovery by at least six months.

Led by relentless price increases in clothing and gasoline, Britain’s inflation rate reached 5.1 percent in November, its highest in a decade.

The rate is almost a 20-percent increase from October’s 4.2 percent and well beyond the 5 percent the Bank of England had forecast.

In response, the bank’s Monetary Policy Committee raised its base interest rate from 0.1 percent to 0.25 by a vote of eight to one at its 15 December meeting (see related story in this issue).

The hike surprised a majority of analysts polled by Reuters. They had expected the bank not to act because of the nation’s rapid spread of the Omicron virus and its possible harm to the nation’s economic recovery.

In its November meeting, the committee indicated that if the labor market continued to show strength, the group would be ready to turn its focus to controlling inflation.

“Recent economic developments suggest that these conditions [of labor market recovery] have been met,” the Bank said in a 16 December statement. “The labor market is tight and has continued to tighten, and there are some signs of greater persistence in domestic cost and price pressures.”

The hike was “fairly surprising,” given the Omicron wave and its uncertain impact, Hussain Mehdi, a strategist at HSBC Asset Management, told CNBC, but “there were solid reasons for action.”

“The labor market is tight and Omicron has the potential to exacerbate supply-side constraints in goods and labor,” he added.

“Ongoing upside inflation risks are likely to push the [bank] into further action in 2022.”

Inflation in the U.K. will remain around 5 percent through the winter and peak at 6 percent in April, the bank said in a statement announcing the rate increase.

Last week, the price of natural gas at Europe’s main trading hub in the Netherlands reached $41 per million Btu’s, ten times the U.S. price and equivalent to an oil price of $230 a barrel, according to gas analyst Laura Page at Kpler, a research firm.

Benchmark Brent crude is now selling at a little above $70 a barrel.

The price is soaring because Europe drained its gas reserves during a spring cold wave early this year.

Also, much of Europe’s gas comes through pipelines from Russia, which has been slow to turn on the taps in what some view as a political pressure tactic.

Russia has massed troops on its border with Ukraine, through which Europe’s gas pipelines flow, demanding that NATO halt any future expansion.

Gas prices rocketed up on 13 December when Annalena Baerbock, Germany’s new foreign minister, declared the recently completed Nord Stream 2 gas pipeline from Russia could not be certified to begin operations because it violated European Union rules.

Now that winter has set in, European gas storage reserves “depleted at the  fastest rate since records began,” Page said.

Higher gas prices will send electricity prices skyward in countries such as Italy and the U.K., which use gas as a primary fuel for electric generators.

Higher electric rates will flow through into consumer prices, driving inflation higher, a rate that already reached a decade-high 5.1 percent in Britain last month and 4.9 percent across the continent, the fastest rise since at least 1997.

The U.S., with abundant domestic gas reserves, has seen gas prices plunge since October, although they still remain about 50 percent higher than last January.

Barring an unexpected event, gas prices will remain at record levels through this winter, fueling inflation.

INVESTORS FLOCK TO ASSETS DUE TO RISE WITH INFLATION

Abundant government stimulus, heavy consumer demand, kinked supply chains, and rising energy costs have contributed to a pace of inflation not seen since 1982 and is likely to continue at least through mid-2022, many analysts have said.

In November, U.S. inflation rose to 6.8 percent and Europe’s to a record 4.9 percent.

Three-quarters of countries surveyed by Pew Research showed a higher rate of inflation in this year’s third quarter than for the same period in 2019.

“We expect inflation to remain elevated in the next year, well above the Fed target [of 2 percent], particularly as supply-demand imbalances take time to sort out,” Vanguard economist Roger Aliaga-Diaz, told the FT.

So far this year, funds holding Treasury Inflation-Protected Securities (TIPS), which are government bonds indexed to inflation, have collected a record $66.8 billion, according to data service EPFR.

Asset manager Blackrock has an overweighted position in TIPS because it expects inflation to persist at higher levels than before the COVID War, the company said.

In Britain, last month’s auction of inflation-protected bonds maturing in 2073 brought the highest prices, and lowest yields, on record.

U.S. bonds tied to inflation may see “some fairly strange movements” as the Fed extracts itself from the bond market and begins to tweak interest rates, according to Sonal Desai, Franklin Templeton’s chief investment officer.

Indeed, “real” assets such as commodities and real estate are doing well as investors shield their portfolios against higher prices. An Invesco commodities fund collected $2.4 billion this year through November.

Gold, historically a first choice as an inflation shelter, has less interest for investors; the leading gold-focused exchange-traded fund had $10 billion in outflows this year, according to EFT.com.

While digital currencies have been touted as inflation protection, Bitcoin’s price has shed almost 25 percent since mid-November.

TREND FORECAST: Investment markets are being reshaped by inflation and central banks’ response to it.

“Value” stocks that rise with inflation, such as consumer goods and energy, will be popular, as will inflation-indexed government securities.

Equities seen as speculative will decline until markets adjust to the new reality imposed by central banks and the COVID virus eases once again. Should nations continue to impose harsh COVID mandates and lockdown measures, tech stocks will again rise, as they did when the COVID War was launched in 2020.

The lithium price index maintained by Benchmark Mineral Intelligence doubled from May through November and has shot up 240 percent this year to its highest level in at least five years, The Wall Street Journal reported.

The Global X Lithium & Battery Tech exchange-traded fund has climbed 40 percent this year, with share prices of some lithium companies up as much as 70 percent.

Lithium, which has been dubbed “white gold,” is the currency of the electronic economy and the key battery ingredient powering portable devices from smartphones to electric vehicles.

The world is rich in lithium, with most of the world’s reserves concentrated in South America and the U.S., with additional deposits in China and Australia.

However, it takes years to bring a new mine into production and refining the metal to battery-grade quality is a laborious process. Companies that do the work already are struggling to meet demand.

The “white gold rush” and subsequent rise in price reflects fears of a coming shortage and companies’ attempts to lock up future supplies to continue to meet consumers’ demands and manufacturers’ targets, especially auto companies’ plans to be making all-electric vehicles by 2030 or 2035.

A plan to mine the deposit in Nevada’s Thacker Pass, one of the world’s largest, is under protest by activists fearing pollution of local water sources and other damage. Mining giant Rio Tinto has committed $2 billion to create a lithium mine in Serbia, but thousands of protesters filled city streets to oppose the mine’s risk of environmental desecration.

Lithium supplies will run short of demand into 2025, Citigroup analysts predicted in a recent research note.

TREND FORECAST: An increasing number of electric vehicle models have been coming to the market every year.

That pace will slow due to shortages of lithium and other key minerals, as we reported in “Commodities Supercycle Underway?” (11 May 2021).

In that article, we noted that electric vehicles require six times the mineral content of conventional cars and trucks and cited the International Energy Agency’s statement that there is not enough lithium, copper, or other rare earth metals available to make carmakers’ green ambitions a near-term reality.

As a result, electric vehicle adoption will proceed at a moderate pace, despite rising demand, through this decade as supplies of metals and minerals gradually expand to meet vehicle makers’ needs.