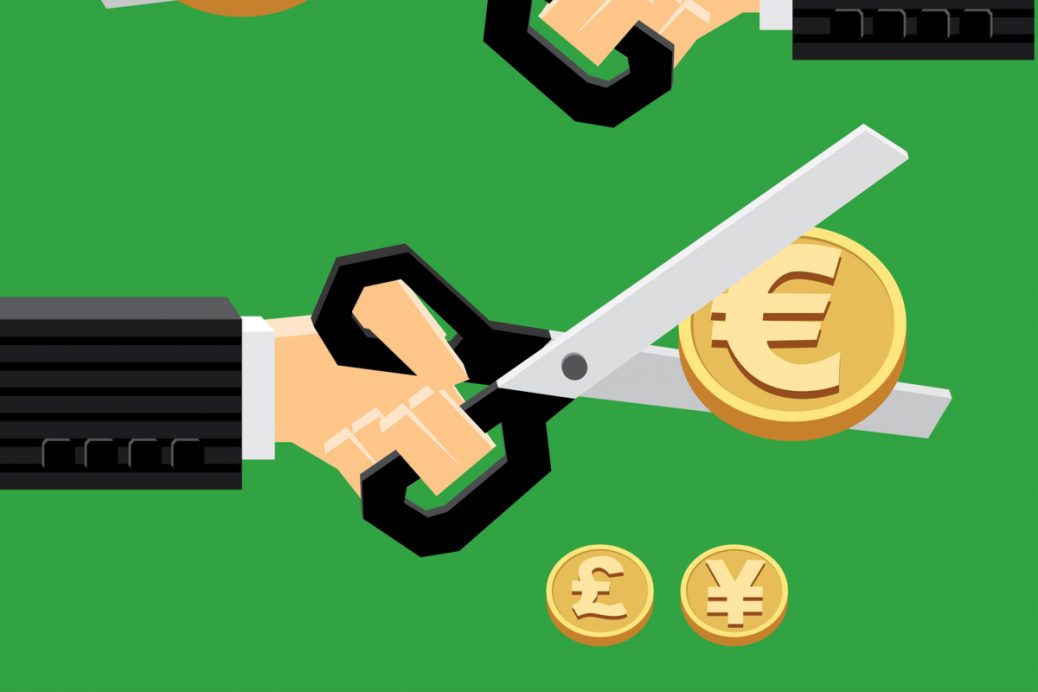 TOP TREND, NEW WORLD DISORDER: WAGES DOWN IN EUROPE AND ITS GETTING WORSE

Europeans’ purchasing power is falling faster than their U.S. counterparts as the Ukraine war has a more direct impact on the continent’s economy, driving food and fuel prices steadily higher than wages, The Wall Street Journal reported.

U.S. real wages—pay rates adjusted for inflation—will fall 0.6 percent this year, according to the Organization for Economic Cooperation and Development.

Half of French workers, 60 percent of British employees, and 70 percent of working Italians believe their paychecks will not grow at all this year, according to a survey of 4,000 Europeans by research firm Dynata.

Purchasing power between Americans and Europeans remained close together before the COVID era, with U.S. wages growing 1.6 percent in 2019 and 1.1 percent in Germany.

Before Russia invaded Ukraine, the European Central Bank expected the Eurozone’s 2022 overall inflation rate to be 3.2 percent; now the bank has more than doubled its expectation to 6.8 percent.

Workers are pressing for wage boosts in an attempt to keep pace with rising prices.

The new pay rate is “just about acceptable,” union president Heinz Fuhrmann said of the deal.

In the U.K., transit workers, criminal defense lawyers, public sector employees, and health care workers are either on strike or threatening job actions, as we report in “U.K. Inflation Passes 9 Percent in May” in this issue.

TREND FORECAST: The increasing distance between wages and prices is sparking unrest, as labor actions in Britain highlight.

The greater the distance becomes, the greater the unrest, which could grow to political instability, demands for new parliamentary elections, and added strength in the ideological extremes.

Economic damage also is increasingly likely to shatter the NATO alliance’s resolve to hold sanctions in place against Russia as it continues its war on Ukraine.

If and when Russia shuts off all gas exports to Europe, the sanctions and the cohesiveness of the European Union itself will be stress-tested unlike ever before.

U.K. INFLATION PASSES 9 PERCENT IN MAY

After reaching 9.0 percent in April, Britain’s annual inflation rate edged up to 9.1 percent in May, the national statistics agency reported, setting the latest in a string of 40-year-high inflation rates.

The rate is the highest among so-called G7 countries this year.

Britons’ real purchasing power has fallen the most in a decade, The Wall Street Journal said, even though average pay has risen 8.2 percent over the past 12 months, almost double the U.S. rate of increase.

Food and energy prices in particular drove the increase, with bread, cereal, and meat rising 10 percent in price last month, year over year.

The union’s exit from the European Union has added 6 percent to food costs through 2020 and 2021 due to import tariffs and other bureaucratic expenses and snafus, according to a study by the London School of Economics.

The Ukraine war has rocketed up fuel costs to record levels.

The prices British manufacturers charge for their products jumped 15.7 percent for the month, the largest monthly gain since 1977, pushed higher mainly by increased costs related to processing foods.

Imported oil and natural gas almost always must be paid for in dollars, which it now takes more pounds sterling to buy to cover those costs.

The general economic mess has come to be known in the U.K. as the “cost-of-living crisis,” the WSJ reported, which now tops the COVID threat and the Ukraine war as voters’ chief concern.

Inflation will rise even higher in October when the government raises the cap on prices households pay for electricity and natural gas.

Home energy bills could rise by as much as 51 percent, given supply uncertainties and recent spikes in natural gas prices, consulting firm Cornwall Insight warned.

After that, inflation in the U.K. will peak above 11 percent before slowing late this year or early next, the Bank of England has predicted.

Britain’s inflation rate for 2022 will average 8.8 percent, according to a forecast by the Organization for Economic Cooperation and Development, compared to about 7 percent for the European Union and the U.S.

The Bank of England has raised its base interest rate five times in the past seven months, lifting it to 1.25 percent.

The U.K.’s latest inflation report was released during a week in which transport workers went on strike to demand, among other things, pay rates that match rises in the cost of living.

Public sector workers’ pay has risen only 1.6 percent over the past year, leading them to threaten to strike as well.

TREND FORECAST: “Labor unions’ renewed strength” is one of our Top 2022 Trends and we have seen it from Amazon warehouses in the U.S. to France and now to the U.K.

With workers still in short supply in key industries, workers will flex their muscles, demanding more pay and better benefits in sectors, industries, and companies where unions never succeeded before.

However, demand for wages that keep pace with inflation can easily set off a wage-price spiral, in which the two chase each other ever upward in a spiral that governments and central banks have found especially difficult to reverse.

In May, Japan’s consumer price index rose 2.5 percent year on year, the fastest clip since 1991 and the second consecutive month that price increases have blown past the Bank of Japan’s 2-percent target rate, The Wall Street Journal reported.

Inflation’s surprising strength has heightened pressure on the central bank to raise its interest rate above -0.10 percent, where it has been since 2016.

However, bank governor Haruhiko Kuroda and political leaders insist the country’s inflation is temporary and will reverse when energy prices settle down.

The bank believes Japan’s economy, which was weakening before the COVID War, has not yet recovered enough from past demands and weakness to withstand higher interest rates.

In addition, the bank has continued buying bonds each month at rock-bottom interest rates to hold bond yields below its 0.25-percent target.

The bank’s policies have tanked the yen, sinking it to a 24-year low against the dollar and raising prices for imports of everything from beer to cooking oil.

Clearly, the strategy is a failure, yet the bank’s officials double down on their incompetence... and get away with it as all Bankster Bandits do in a country near you.

As we said in “Yen Slides Further as Bank of Japan Holds to Negative Interest Rate” (21 Jun 2022) Japan’s economy will remain weak as the global economy continues to slow down. Also, 78 percent of its oil consumption is imported. Japan’s inflation rate will float on the price of oil and natural gas and the economy and the country’s economy will sink deeper.