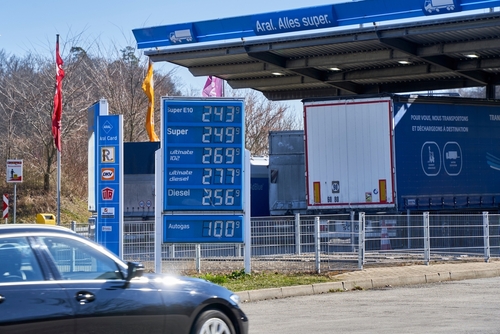 An explosion at a U.S. liquefied natural gas (LNG) terminal shut down the facility for repairs for at least 90 days, operator Freeport McMoran announced.

The company handles 20 percent of U.S. LNG exports to Europe and about 10 percent of the continent’s total gas imports.

On 15 June, Russia cut gas flows by 40 percent through the key Nord Stream 1 pipeline into Europe in retaliation for Western sanctions that have prevented Siemens from delivering equipment slated for Nord Stream 1 from Canada.

“Due to sanctions imposed by Canada, it is impossible for Siemens Energy to deliver overhauled gas turbines to the customer,” the company confirmed in a public statement.

The next day, Russia cut flows further, saying that it had shut down a compressor station along the pipeline because of maintenance issues.

Also on 15 June, Russia cut its gas exports to Italy by 15 percent compared to the day before.

Prices in the Netherlands soared 47 percent during the week and now stand four times higher than a year ago, according to the Financial Times.

The loss of supply seriously damages the region’s plan to replenish its near-empty gas storage reserves ahead of next winter’s heating season and could leave “factories and households across the continent in peril,” the FT said.

Russia said that eventually Nord Stream 1 flows will be slashed by 60 percent or even turned off if the missing parts fail to be delivered.

If that happens, “it will be a disaster for Germany,” Vladimir Chizhov, Russia’s ambassador to the European Union, told RIA Novosti, the Russian news service.

However, Russia had cut its gas deliveries to Europe last fall as a political pressure tactic, sending prices soaring ahead of the winter heating season, as we reported in “High Natural Gas Prices Slow Europe’s Recovery” (14 Sep 2021).

After the Ukraine invasion, Russia also cut gas deliveries to companies in Bulgaria, the Netherlands, Poland, and other countries after they failed to comply that they pay for Russia’s gas in rubles instead of euros or dollars. (See “Russia Ends Gas Exports to Poland, Bulgaria. Germany and Italy Are Next” (3 May 2022).

However, Europe has exempted most Russian gas from the wartime sanctions regime. Natural gas is harder to replace because there is little surplus in the world and most gas is shipped by pipeline instead of on vessels.

“If Nord Stream is cut off, or even if it remains cut off at 40 percent [of the usual deliveries], the situation is going to be very dire for Europe,” Massimo di Odoardo, vice-president for gas research at consulting firm Wood Mackenzie told the FT.

If all Russian gas deliveries to Europe stop, the continent’s gas storage will run dry in January, he predicted.

If Europe enters Dragflation, our Top 2022 Trend in which prices rise and economic activity contracts, the Western alliance holding the sanctions regime together will begin to crack.

The more gas Russia shuts off, the more the alliance will shatter.

The prices producers charge for their products climbed 0.8 percent in May, doubling April’s 0.4-percent rise, the U.S. labor department reported.

The so-called “core” index, which exempts food, fuel, and producers’ margins from the measure, rose 0.5 percent last month from April, although gasoline’s average U.S. price jumped 5 percent during the 31 days.

May’s prices rose at an annual clip of 10.8 percent, easing a fraction from 10.9 percent in April but still marking the sixth consecutive month of double-digit increases.

The continued rise in producer prices indicates that consumers will be paying more in the near future, PNC Bank economist Kurt Rankin told The Wall Street Journal.

That relationship has been increasingly consistent during the post-COVID economic recovery, the WSJ said.