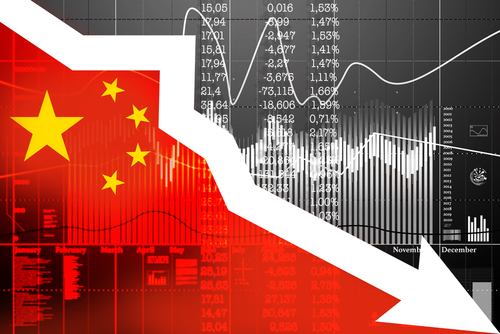 In contrast, new jobs were added and infrastructure investment, a tried and true means for government agencies to goose the economy, increased.

Across 70 major cities, the price of new homes fell an average of 2.1 percent in August, worsening a decline of 1.7 percent in July.

It was the sharpest drop since September 2015 and came despite a cut in mortgage interest rates and looser regulations on the property industry.

Comparing month by month, prices have fallen or remained flat for 12 months, besting an 11-month period in 2014 and 2015.

Seasonal adjustments remove the effects of seasonal events, such as holiday spending, from economic calculations.

In contrast, automotive and equipment manufacturing accelerated and overall factory output grew 4.2 percent in August, compared to 3.8 percent in July, despite continuing droughts and heat waves that sporadically cut electricity to some industrial users.

Also, the urban unemployment rate—China’s key measure of the jobs market—dropped to 5.3 percent. It was 5.4 percent in July. Unemployment among workers aged 16 through 24 moved down to 18.7 percent from its record 19.9 percent in July.

However, “the August data point to a slight loss of momentum overall,” Capital Economics analysts wrote in a note to clients following the statistics’ release.

China’s economy will remain weak for the rest of this year, they predicted.

Also, China’s yuan fell below seven to the dollar last week for the first time in two years.

TREND FORECAST: China’s new splurge of infrastructure spending is a tacit admission that its’ “dual circulation” economic policy, in which consumer spending and manufacturing for export play equal roles, has stalled.

With a global economic slowdown stagnating exports and manufacturing, and as consumer spending stalls at the same time, governments have fallen back on the old habit of pouring public money into infrastructure programs to create jobs and the illusion of economic progress.

With a global economic slowdown under way, consumer spending is unlikely to roar back.

Also, despite various government measures of support, China’s property development industry is still in shambles, a rolling debacle we covered in “China’s Real Estate Market Teeters on Evergrande’s Debt” (21 Sep 2021) and “Evergrande in Default, Fitch Says,” (14 Dec 2021), among other articles.

China had hoped to become the world’s dominant economy by the end of this decade. The stalling global and internal economies, as well as China’s rolling zero-COVID policy lockdowns, will set back that plan for years.