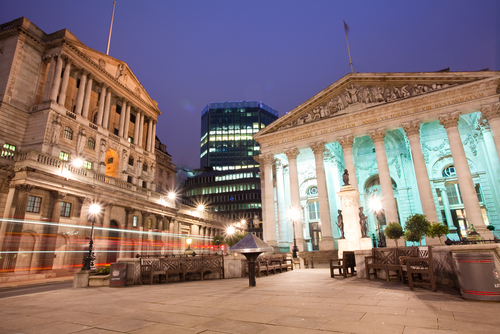 As inflation keeps rising, so too will interest rates. Here is a summary of recent hikes.

On 5 May, the Bank of England (BoE) raised its key interest rate for the fourth time in as many meetings, boosting it from 0.75 to 1 percent as inflation raced at 7 percent in April.

Borrowing costs in Britain are now at their highest since February 2009.

Still, three of the rate-setting committee’s nine members voted to set the rate at 1.25 percent. Two wondered if any raise at all was justified, the Financial Times reported.

The debate highlighted the “narrow path” the committee was navigating “between the inflationary risk and the risk of unnecessary weakness in activity and employment,” Huw Pill, BoE’s chief economist, told the FT.

On news of the rate hike, the British pound slid to 1.2393 against the dollar, losing about 2 percent, and falling to its weakest since July 2020.

Rising prices are being driven by surging energy costs that have been pushed higher by the war in Ukraine and Western sanctions.

The central bank warned that households’ real disposable income will continue to fall, the jobless rate will rise, and a recession is possible this year.

Britons should expect “a very sharp slowdown,” BoE governor Andrew Bailey said in a press briefing, adding “I recognize the hardship this will cause.” He laid responsibility on soaring energy prices and not the bank’s rising interest rate.

British households were handed a 54-percent increase in household energy bills last month and are likely to see them rise another 40 percent when the government’s energy cost caps are reviewed in October, Bailey warned.

If that happens, the U.K.’s inflation pace will rise to about 10.2 percent during this year’s final quarter, he predicted, revisiting a pace not seen since the early 1980s.

A silver lining: the bank will slow the growth of interest rates later this year as the economy sags.

“Growth forecasts have been downgraded, inflation expectations have been upgraded, and interest rates are still going up,” Roger Lee, chief U.K. equity strategist at Investec, said to the FT.

Bailey’s warning was “really the sum of all our fears,” he added.

The bank’s official target rate for inflation is 2 percent.

On 3 May, the Royal Bank of Australia hiked its key cash interest rate from 0.10 percent to 0.35 percent last week, the first time since November 2010 that the rate has moved up.

The country’s inflation rate reached 5.7 percent in March, the highest since 2001 and almost double the bank’s top target limit of 3 percent.

Inflation “picked up significantly and by more than expected” and will continue to accelerate in the months ahead, the bank said in a statement explaining the increase.

The nation’s inflation pace will average 6 percent for 2022, the bank predicted, and said that more rate hikes lie ahead.

The time also has come for the bank to begin to withdraw the “extraordinary monetary support” it has given the economy during the COVID era, bank governor Philip Lowe said in a press briefing.

As a result, the bank will stop buying bonds. When the ones it owns mature, the bank will not reinvest the money in more, allowing the bank’s portfolio to “decline significantly,” Lowe added.

The Reserve Bank of India surprised economists by bumping up its key interest rate by 0.4 of a point last week, raising it to 4.4 percent in response to rising prices, particularly of food and petroleum, because of the Ukraine war, the Financial Times reported.

The rate had not been raised since May 2020 when the country began to feel the impact of the COVID virus.

Global food prices have spiraled to record highs. India imports most of its edible oils and virtually all of its petroleum.

“The magnitude as well as the timing [of the increase] is quite surprising,” Shumita Deveshwar, senior director at research firm TS Lombard, said to the FT.

The bank should have acted sooner, she contended.

India’s consumer price index rose in March at an annual clip of 6.95 percent, surpassing the bank’s targeted limit of 6 percent.

April’s inflation pace will be even faster, Das predicted.