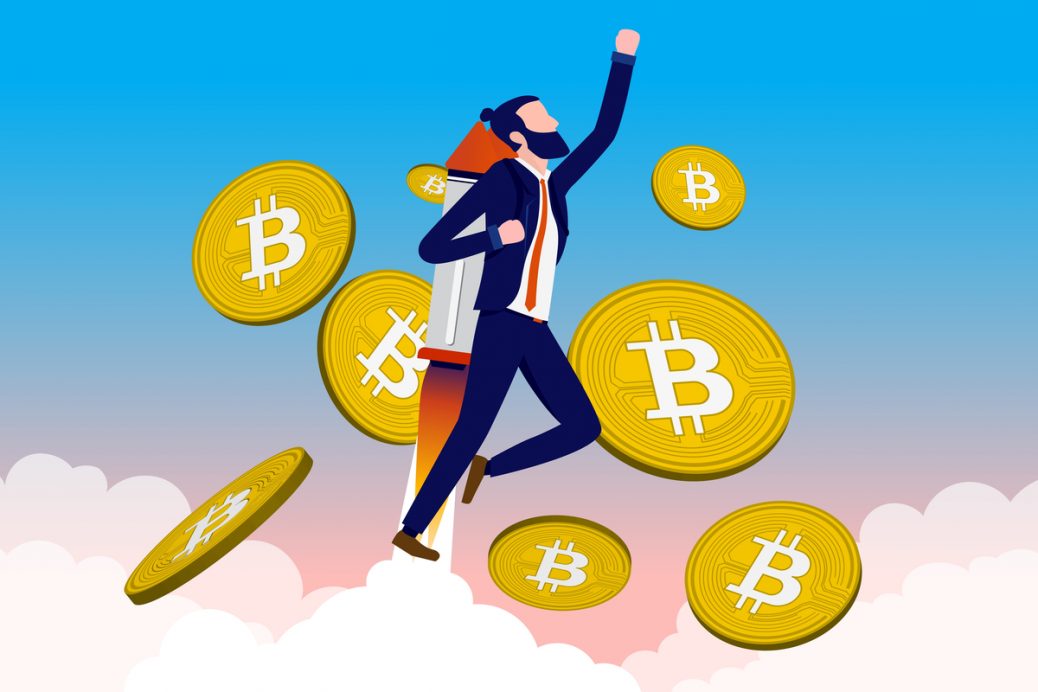 The U.S. Securities and Exchange Commission will not block Bitcoin exchange-traded funds (ETFs) offered by Proshares and Invesco from starting to trade this week, insiders told Bloomberg.

The odds are 75 percent that the SEC will approve at least one Bitcoin ETF this week, analyst Noelle Acheson at Genesis Global Trading, a crypto lender, said in comments cited by the Wall Street Journal.

The SEC faces a deadline this week to approve or reject the two companies’ applications to operate ETFs.

Unlike previous Bitcoin ETF proposals the SEC has rejected, Invesco’s and Proshares’ are based on trading Bitcoin futures contracts, not the coins themselves, and will abide by rules governing mutual funds.

A recent survey of 400 institutional investors by Fidelity Digital Assets found that a third preferred to buy investment vehicles instead of the coins themselves, indicating a ready market for the ETFs, the WSJ noted.

The funds’ approval would culminate an eight-year process of guiding Bitcoin fund proposals through the SEC. The first Bitcoin ETF application was filed in 2013.

Bitcoin’s price has been rising, more than 25 percent this month so far, in expectation that the SEC will unshackle the market. The premiere cryptocurrency topped $61,690 on 15 October, close to its record high of $64,869 last April.

The spike in the premium is attributable to investors grabbing Bitcoin action in anticipation of the SEC’s approval and at least one ETF beginning to trade in the U.S., according to Acheson.

The SEC has blocked cryptocurrency ETFs, claiming they can be used for money-laundering and other crimes, can be manipulated, and can easily lure unwary investors. (See SEC Chief Sets Regulatory Sights on Cryptocurrencies, 10 August, 2021.)

Also, because its price is linked to nothing other than whims and rumors, Bitcoin’s price can soar and plunge without warning, sometimes on the same day.

In its last three full years of trading, Bitcoin booked a 74-percent loss followed by consecutive gains of 95 percent and 305 percent.

Gensler has called the crypto market “the Wild West” and has long called for tighter SEC oversight, a condition that the two ETFs have met by placing themselves under mutual funds’ rules.

To accommodate a major player such as an ETF, the Chicago Mercantile Exchange will raise its limit on the number of Bitcoin futures contracts a single trader can hold.

The NASDAQ is working with crypto firm Valkyrie to create a Bitcoin EFT; VanEck also has applied to the SEC for permission to operate its own Bitcoin ETF.

Dozens of similar funds are trading in Canada, Europe, and Asia.

TREND FORECAST: The advent of SEC-approved crypto ETFs will further legitimize cryptos in the public eye and draw more investors to them.

However, legitimizing crypto may also bring down prices of some of its biggest winners.

As crypto trading venues expand in number and capacity, central banks will speed their creation of national stablecoins, cryptos whose values are tied to those of national currencies.

As nations roll out those stablecoins, The Street will be more ready to accept them, drawing interest away from freewheeling digital coins whose values often bounce on market whims.

The U.S. is hosting the world’s highest concentration of Bitcoin mining.

China banned the activity in May (“Crypto Prices Fall as China Shuts Down Most Bitcoin Mining,” 22 Jun 2021) and saw its share of the global hashrate—the computer power required to create Bitcoin—fall from 44 percent in May to zero by July, the Cambridge Center for Alternative Finance reported.

China hosted three-quarters of the world’s hashrate in 2019.

In contrast, the U.S. share rose from 17 percent in May to 35 percent in August; over the same period, Kazakhstan’s share went from 8 to 18 percent.

China’s ban set off what some have called a “great mining migration” that has “increased geographic distribution of hashrate across the world,” likely improving “network security and the decentralized principles of Bitcoin,” Michael Rauchs, digital assets chief at the Cambridge center, told the Financial Times.

The People’s Bank of China plans to introduce its own digital yuan next year and wants to eliminate any threat of competition from private cryptos, analysts have said.

About 900 Bitcoins are created every day, CEO Fred Thiel of Marathon Digital Holdings in Las Vegas told the FT. From July through September, Marathon created 1,252.4 new Bitcoins, he said.

TREND FORECAST: That the U.S. has become the Bitcoin capital of the world will prove positive for its price advance. It signifies stability and strong acceptance.

And now, with shares of the first U.S. bitcoin-linked exchange-traded fund (ETF) that permits the speculation of the future price of bitcoin launched today, it has added more legitimacy to the coin.