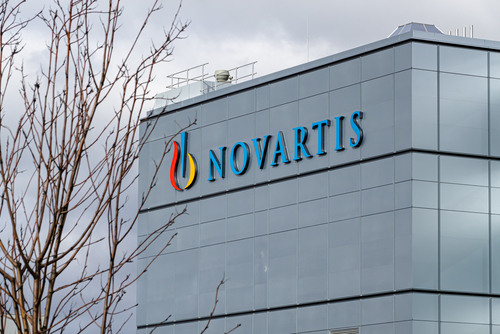 DRUG MAKER NOVARTIS TO SELL ITS STAKE IN ROCHE

Novartis has owned its share of Roche for almost 20 years, collecting about $6 billion in stock dividends over the period, according to the Financial Times.

The sale is “consistent with our strategic focus,” Novartis CEO Vas Narasimhan said in a statement announcing the deal.

The company will use the influx of cash to “continue to reimagine medicine,” he said.

However, Novartis never held a seat on Roche’s board, limiting its ability to have influenced company direction and decisions while it held the stock, the FT noted.

American Eagle Outfitters (AEO), a chain of 900 clothing stores, is paying $350 million to subsume Quiet Logistics in a move to take greater control over its distribution channel.

Quiet has eight warehouses in six cities and manages fulfillment for several specialty firms, including Peloton and Outdoor Voices.

The purchase follows AEO’s May acquisition of logistics company AirTerra.

AEO’s online sales generated 35 percent of its revenue in this year’s second quarter, up from 25 percent before the COVID virus arrived.

“Supply chain is becoming more of a customer-facing activity,” Shakar Natarajan, AEO’s chief supply chain officer, told The Wall Street Journal. “In that world, you need to have consistency and control of your experience.”

TRENDPOST: American Eagle is not alone in seeking to take control of its distribution channels.

As we noted elsewhere in this issue, global shipper Moller-Maersk is extending its control over the freight it handles and furniture mogul Ikea is buying and deploying its own shipping containers.

The materials shortages and supply chain mess that have followed the COVID crisis have jolted manufacturers out of a “just in time” supply management framework to “just in case,” prodding them to secure long-term supplies of key materials.

In the same way, companies can no longer expect freight carriers to bid against each other for their business.

Instead, producers are looking to ensure that distribution channels are open to them when and as needed, which will lead more manufacturers to buy into freight carriers and warehouse companies.

Moonbug Entertainment, creator of such children’s television and online shows as “Blippi” and “CoComelon,” is nearing a $2.75-billion deal to sell itself to an entertainment start-up so new it “has yet to find a name for itself,” The Wall Street Journal reported.

“CoComelon,” with its trademark animated toddlers and gentle music, became a lockdown staple in homes with children, generating billions of Youtube views and creating a Netflix spinoff and line of merchandise.

“Blippi” has been similarly successful.

“The big guys aren’t licensing their own content outside of their own closed, walled gardens,” Kevin Mayer, co-founder of the nameless entertainment entity said in a WSJ interview.

“That’s where a scaled, independent entity like ours can really have an advantage in the marketplace,” he noted.

The potential sale is part of a feeding frenzy among large companies seeking to lure viewers to their streaming services.

Earlier this year, Amazon said it would purchase MGM for $8.5 billion to fatten its Prime Video service; and Discovery and AT&T’s WarnerMedia settled on a $43-billion price over the summer to combine their assets in a mammoth streaming service.

At the time of the sale, WarnerMedia owned HBO.

Toronto-based conglomerate Russel Metals has agreed to buy Boyd Metals for US$110 million in cash and debt.

Boyd generated $244 million in revenue in the 12 months ending 30 September this year.

Acquiring Boyd is another step in Russel’s strategy of “enhancing returns, increasing margins, and reducing volatility,” CEO John Reid said in a statement announcing the purchase.

Russel, which has 19 separate divisions or companies under its umbrella, took over Wisconsin’s Sanborn Tube in 2020.