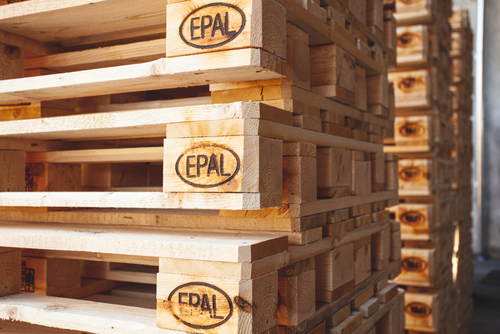 Prologis, the world’s largest owner of warehouses, has made a non-binding offer of €21 billion to buy Mileway, a collection of almost 2,000 warehouses across Europe.

Mileway is managed by Blackstone Group, the world’s largest private equity group, and owned by several investors, including Blackstone.

Mileway’s owners have set a deadline of six weeks for Prologis to meet several conditions that the sale would hinge on, the Financial Times reported.

Mileway has made several purchases of additional warehouses over the past six years as online shopping has grown. Supply disruptions have added more value to warehouses as companies have stockpiled more key supplies and merchandise.

Twenty potential buyers were approached, eight took a closer look, and only Prologis made a bid, the Financial Times said.

Warren Buffet’s Berkshire Hathaway will buy Alleghany Corp., an insurance  holding company that also deals in toys, funeral homes, and other enterprises, for $848 a share in cash, or about $11.6 billion.

The price is 29 percent above Alleghany’s average share price over the 30 days preceding the offer and is equivalent to 1.26 times its book value, the Financial Times reported.

Buffet has not made any major purchases since 2016 when Berkshire took over Precision Castparts, paying $37 billion and later writing down $9.8 billion.

Berkshire has spent the intervening years largely buying its own stock.

Now “buying an insurance company that looks a lot like Berkshire could fit well, and perhaps Buffet needs a win,” analyst James Shanahan at Edward Jones told the FT.

Private equity firm Thoma Bravo is buying software developer Anaplan for $66 a share, 30 percent more than the company’s 18 March closing share price, valuing the British firm at about $10.7 billion, which was its market value last fall.

Thoma snatched Anaplan as three private equity firms and an existing shareholder mounted a bid to place shareholders on Anaplan’s board who would agree to sell the company to the group, the Financial Times reported.

The equity company avoided investment banks for the deal and is financing the purchase through a consortium of other private asset managers, including Apollo Global Management, Blackstone Group, and Golub Capital.

Leveraged buyout deals are increasingly financed by equity firms instead of investment banks such as Goldman Sachs or JPMorgan Chase, the FT noted, because equity firms tend to offer larger loans-to-value. However, they also usually attach higher interest rates.

Anaplan’s acquisition is another in a chain of high-priced tech takeovers, including Citrix’s sale to two private equity buyers and Advent International and Permira bagging computer security firm McAfee for $14 billion which we reported in “Private Equity Firm Buys McAfee” (16 Nov 2021).

In recent weeks, Anaplan’s stock price had skidded along with that of other technology shares as interest rate hikes loomed and Russia invaded Ukraine.

Thoma has specialized in investing in tech firms and has indicated it will retain Anaplan’s current management team.

The young venture-capital firm Haun Ventures has assembled two new funds that have raised $1.5 billion to back new Web3 businesses, the firm announced.

Web3 is another name for the blockchain-based universe of cryptocurrencies, NFTs, and games.

Haun Ventures founder Kathy Haun, a former federal prosecutor and alumna of the Andreesen Horowitz venture capital shop, announced the two new funds—one at $500 million, the other at $1 billion—in a recent blog post.

Crypto has invented new financial systems that tech companies can build on, the blog post noted, and emerging Web3 companies will be dramatically disruptive across industries from commerce and music to sports and transportation.

The start-ups her firm will fund will take apart “the walled gardens that came before,” she wrote.

Web3 will break the grip of giant tech firms on the industry and distribute power more equitably, giving users a chance to shape decisions about the businesses, proponents say.

Skeptics point to crypto’s volatility and the risks of naïve speculators being enticed to play and lose their stakes.

Regulators are unsure of how to approach Web3. President Joe Biden recently ordered U.S. federal agencies to determine how crypto might impact their operations.

“Some say Web3 is more a product of salesmanship of investors who stand to reap a windfall than it is a transformation of the Internet,” The Wall Street Journal noted.