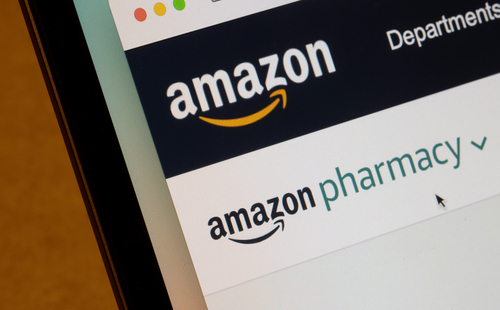 Each week, we report instances where the money junky hedge funds, private equity groups and the already big companies swallow another piece of the global economy.

Here are some more of what the BIGS have been gobbling up and how the Bigs keep getting bigger and the rich keep getting richer. It should be noted that when interest rates in the U.S. were floating at near zero, merger and acquisition hit an all-time high in 2021.

Now with rates rising, M&A activity is slowing down. And most importantly, a lot of these acquisitions were made with the belief of rising economic growth.

Also, as economies go down and interest rates rise, the debt burden from these M&A’s will grow heavier, crashing many of them into bankruptcy and default on debt.

AMAZON TAKES OVER ONE MEDICAL

Amazon will buy One Medical for $18 a share, a premium more than 75 percent above One Medical’s closing share price on 24 July.

The deal, which includes debt, is valued at about $3.9 billion.

One Medical is based on a subscription model, with subscribers paying a monthly fee to have access to physicians and other services.

It operates 180 medical offices in 25 U.S. metro areas and works with 8,000 other firms to provide a range of services and benefits. The company moved aggressively into telemedicine during the COVID War.

However, the business lost momentum and shares were trading last month below their initial offering price.

The new deal could face opposition from Lina Khan, chair of the Federal Trade Commission, who has been openly critical of economic power concentrated in a few mega-scale tech companies.

Jonathan Kanter, antitrust chief at the U.S. justice department, also has said it is crucial to rein in the power of giant tech firms to dominate markets.

After months of bids and counterbids against Frontier Airlines, JetBlue Airways has agreed to pay $33.50 a share to take over Spirit Airlines to create the fifth largest U.S. passenger air carrier.

The deal values Spirit at $3.8 billion.

Spirit’s share price rose 5.6 percent on the news while JetBlue’s was unchanged. Frontier shares leaped up 20.5 percent after it bowed out of the contest.

Spirit canceled 2,800 flights between July and August last year due to staffing shortages and technical glitches. With American, it was one of two U.S. air carriers that have received the most complaints from customers, according to the Federal Aviation Administration.

Frontier and Spirit had reached an agreement earlier, then JetBlue jumped in with a competing offer.

The two carriers had been toying with the idea of a merger for years.

The prickly partners will seek regulatory approval early next year and expect to close the deal early in 2024, they said in a joint statement.

There may be turbulence along the way: regulators have said the U.S. airline industry is too concentrated and have sued JetBlue and American Airlines over the pair’s partnership at terminals in Boston and New York.

“The merger will be a case of the winner’s curse,” business professor Erik Gordon at the University of Michigan, said to The Wall Street Journal.

“JetBlue will face years of nightmares trying to integrate aircraft, systems, and cultures that are from different planets,” he predicted.

“Combining work groups is like combining the Mets and the Yankees into a single organization,” he said.

If the deal does get done, it may inspire smaller and regional carriers to merge to stay competitive, Helane Becker, senior analyst at investment bank Cowen, said to the WSJ.