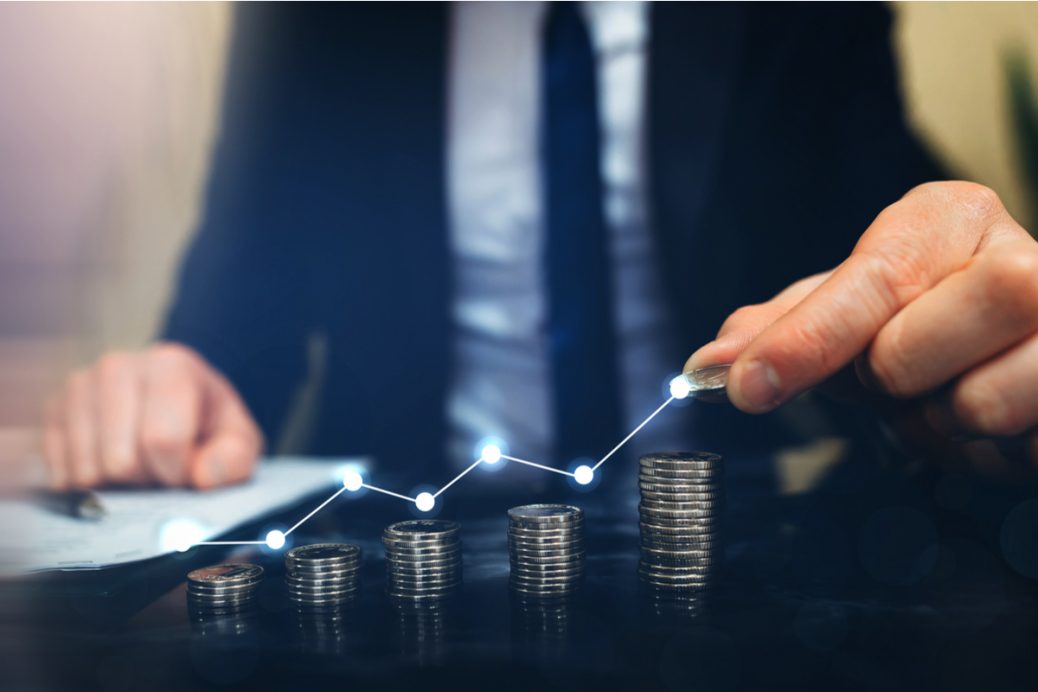 THE TOP 1 PERCENT IS RICHER THAN THE ENTIRE MIDDLE CLASS

The richest 1 percent of U.S. households holds more wealth than the population earning from the 20th income percentile to the 80th, which encompasses the middle class, the upper middle class, and much of the working class, according to the U.S. Federal Reserve report Distribution of Household Wealth in the U.S. since 1989.

This is the first time the 1 percent has been richer than the middle class since the Fed began tracking the ratio in 1989.

The top 1 percent by income had a collective net worth of $36.2 trillion as of 1 October, while the middle 60 percent owned $35.7 trillion, according to the Fed’s report.

COVID-era relief payments to individuals and the Biden-era child tax credit has bolstered incomes and net worth across the board, Bloomberg noted.

However, during 2020, the stock market’s rocket ride helped add $4 trillion to the wealth of the 1 percent—a greater boost than the entire bottom 50 percent of the population gained during that time, according to Fed figures.

From 1943 to 1973, the typical U.S. household doubled its income every 23 years, according to data compiled by Jason Furman, a Harvard University economist. Since 1970, that span has lengthened to 100 years, Furman said.

TRENDPOST: The Trends Journal has been reporting on the economic shift in the country during the COVID-19 outbreak that has seen the rich get richer and the poor get poorer. (See “COVID WAR MAKES THE RICH RICHER,” “SLAVELANDIA: RICH GET RICHER, POOR GET POORER,” and “LOCKDOWNS LEAVE 22 MILLION JOBLESS IN RICH COUNTRIES.”)

There are 37.2 million Americans living in poverty in the U.S., which marks a 3.3 million jump since 2019. The report pointed out that married families had the lowest level of poverty at 4.7 percent.

Homes with single mothers are on the other end of the spectrum and account for 23.4 percent of household poverty. The report pointed out that every household income had seen a drop in the past year except for the top 5 percent.

As we have reported since governments imposed lockdowns on all non-essential businesses and permitted only the big box stores and other multinational “essentials” to do business when they launched the COVID War, the rich have gotten richer while the rest of the world has gotten poorer. (See “$4 TRILLION FOR BILLIONAIRES AS MIDDLE CLASS SHRINKS.”)

TREND FORECAST: As Gerald Celente has long said, “When people lose everything and have nothing left to lose, they lose it.” Therefore, as socioeconomic conditions continue to deteriorate, “NEW WORLD DISORDER,” one of our 2020 Top Trends, will escalate as billions take to the streets, demonstrating against the lack of basic living standards, crime, violence, and government corruption.

Also, the poorer and more desperate people become, the more they will do to flee their homeland, thus increasing the refugee and migrant crisis, which, in turn, will accelerate populist movements in nations not wanting foreigners to enter their country.

The bond-buying program will end before the central bank raises interest rates, Fed officials have said; they do not want to be stimulating the economy with bond purchases while also lowering interest rates, a move likely to strengthen inflation.

Consensus grew around beginning to taper bond-buying in the immediate future because of growing evidence that supply chain tangles, wide-ranging shortages, and rising wages will feed inflation for months to come, speeding the need for interest rate hikes to lasso rising prices.

The proposed plan would cut purchases by $15 billion a month, beginning in November and ending in July, the minutes showed.

Bond purchases include $80 billion a month in government securities and $40 billion in mortgage bonds. The cuts would be proportionate, meaning that two-thirds of the monthly reductions would be in federal securities.

Earlier this summer, analysts had expected the program to be phased out over 12 months. The quicker pace signals the urgency with which the Fed now regards the threat of inflation, as we reported in “Will Fed Taper Bond Purchases?” (28 Sep 2021.)

TREND FORECAST: After easing slightly in August, U.S. inflation returned to its recent record level in September (see related story in this issue). Given rampant shortages of basic commodities and workers, multiplied by the supply chain mess, inflation will continue well above the Fed’s 2-percent target for months to come.

As weeks go by, the Fed will feel increasing pressure to end its bond-buying even sooner so it can begin to raise interest rates.

If the central bank speeds tapering off bond purchases, equity markets will plunge.

As the Fed begins raising rates, both the equity and housing markets will cool. If the Fed jacks rates more than 0.25 percent at a time, markets will crash—which they will do anyway when the Fed raises rates past 1.5 percent.

Despite a weak market for retail consumer loans, Wall Street banks are pocketing more money than last year, thanks to a frenzy of initial public stock offerings, mergers and acquisitions, and private equity takeovers, which we reported in “M&A Spree Continues” (14 Sep 2021).

Goldman Sachs led the pack with $5.4 billion in third-quarter net income, far beyond the $3.4 billion it raked in a year earlier and racing past the $3.7 billion consensus among economists surveyed by Bloomberg.

More than 44 percent of Goldman’s fee income came from advising mergers and acquisitions, a greater proportion than any other bank, data service Refinitiv said.

Goldman has reported $46.7 billion in revenue this year through September, with net income totaling $17.7 billion, higher than any 12-month span in the bank’s history.

JPMorgan Chase’s advisory income jumped 52 percent for the period, year on year, to $3.3 billion; Bank of America’s fee income was up 23 percent to $2.2 billion.

Citigroup posted net income of $4.6 billion, compared to $3.1 billion in 2020’s third quarter, despite declines in retail consumer business and what the Financial Times called “nonexistent” demand for loans.

Investment banks raked in $110 billion in advisory fees during the first nine months of this year, Refinitiv reported.

PUBLISHER’S NOTE: If you think you read this story before, that probably is because we reported similarly hefty fee incomes for banks during this year’s second quarter in “Investment Banking Fees Boost Revenue at Big Banks” (20 Jul 2021).

To borrow George Carlin’s comment once again, the world of insider finance is a club and you ain’t in it.

Walgreens Boots Alliance, the pharmacy giant’s British division, will buy a controlling interest in VillageMD, a U.K. network of more than 200 medical clinics, each with their own doctors and medical staff.

The purchase will enable Walgreens to open medical clinics in 600 of its U.K. stores by 2025 and another 6400 by 2027, the company said in announcing the deal.

“These are the same patients who frequently visit our stores and meet with our pharmacists,” Walgreen’s CEO Rosalind Brewer said in a statement announcing the acquisition.

Under Brewer, who left Starbucks to join Walgreen’s last January, the company has re-imagined itself as less of a retailer of aspirin and greeting cards and more of a healthcare provider.

As part of the transition, the company is establishing a new division dubbed Walgreens Health.

TRENDPOST: Bigs not only use their wealth and market power to take more market share in their own sector but also to buy their way into related markets, expanding Amazon-like across wider swaths of the economy.

As we have noted once upon a time, not too long ago, there were drug stores, hardware stores, grocery stores, stationary stores, etc. that were owned by Mom and Pops when America was the Land of Opportunity. Now they are gone and we have drug chains, hardware chains, grocery chains, stationary chains, etc., and we the Little People of Slavelandia are locked up in their “chains.”

The deal combines cash and stock to value Sard at $300 million, not counting the $15 million in debt the deal also entails.

Golden Gate Capital, a private equity firm that owns a minor stake in Sard, will cash out half of its holdings but remain involved in the new business.

The combination will value the merged entity at $917 million, according to WPP, the global advertising and PR firm that owns a majority interest in FGH.

The new company will be based in New York City, have 25 offices worldwide, and about 1,000 employees.

WPP will continue to hold a majority interest; 40 percent of the firm will be employee-owned.

The deal is the latest in an industry churned by mergers and takeovers.

FGH was itself the product of a three-way merger last January, combining Finsbury, the Glover Park Group, and Hering Schuppener into a global PR company with 700 employees.

TRENDPOST: Public relations skills are in increasing demand in an online world where news and rumors fly at Internet speed and companies are in greater need of skilled guidance in crafting their image and message... and also in shaping public perceptions of corporate/government/celebrity flubs or disasters.

Again, to make it clear, as George Carlin said, “It’s one big club, and you ain’t in it. And in the PR club, with the Bigs in control of the PR, i.e. “propaganda” that they sell is what the general public will swallow.