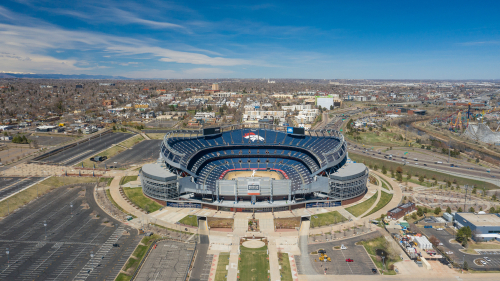 Walmart heir Rob Walton is leading a group that has agreed to pay $4.6 billion to buy the Denver Broncos football franchise, a record sum paid for a U.S. sports team, the Financial Times reported.

The purchasers include Rob’s daughter Carrie Penner and her husband Greg Penner, who now chairs the Walmart corporation.

Another partner is Mellody Hobson, co-CEO of Ariel Investments, chair of Starbucks board of directors, and a board member of JPMorgan Chase, the U.S.’s richest bank.

The previous record price was $2.2 billion, which hedge fund manager David Tepper paid for the Carolina Panthers football team in 2018.

The Broncos organization is being sold by the Pat Bowden Trust, which has owned it since 1984.

Walton, former chair of the retail giant founded by his father Sam in 1962, is worth about $58 billion, according to Forbes.

The purchase is the latest in a series of sports-team acquisitions by the wealthy.

California-based Clearlake Capital and investor Todd Boehly paid $2.5 billion earlier this month to take possession of the English Premier League’s Chelsea soccer team and committed to invest an additional $1.75 in the club.

Foster employs 10,000 workers in plants in Alabama, California, Louisiana, and Washington and is the 10th-largest U.S. chicken processer by poundage, The Wall Street Journal said.

The purchases have been seeded by soaring demand for chicken, combined with a shortage of workers at processing plants and problems at hatcheries, including an avian flu epidemic that has killed an estimated 36 million U.S. chickens and turkeys so far this year.

The price of boneless, skinless chicken breast meat has jumped 68 percent this year, according to the U.S. agriculture department.

Australian regulators have given permission to private equity firm Blackstone Inc. to operate Crown Resorts’ casinos in Melbourne and Sydney, a key step in advancing the company’s $6.3-billion planned takeover of Crown.

Crown has been under investigation for money-laundering. Its finances also took a beating during the COVID-related global shutdown. The Sydney casino was banned from operating before it opened in 2020; the Melbourne gaming house operates under government supervision.

Crown has backed the Blackstone purchase as a way for investors to salvage their stakes.

Crown’s share price rose 2 percent on news of the approval, bringing it to Au$12.99, just below Blackstone’s offer of Au$13.10.

To win the approval, Blackstone “has been required to demonstrate the highest standards of probity,” Philip Crawford, chair of the New South Wales Independent Liquor & Gaming Authority, said in a public statement.

SAUDIS BUY INTO ANOTHER GAMING COMPANY

Embracer’s stock moved up 2.6 percent on news of PIF’s purchase.

The Saudi investment will help Embracer move into northern Africa and the Middle East, areas with “more active gamers than either the U.S. or western Europe,” Wingefors said in a comment quoted by the Financial Times.

“We will be able to make investments across the region, either organically, via partnerships, joint ventures, or acquisitions,” he said.

The purchase was made by PIF’s Savvy Gaming Company, a division set up to buy into the videogame industry.

Saudi crown prince Mohammed bin Salman is a fervent gamer and has invested in gaming companies himself.

Embracer also is hungry for acquisitions, having spent $8 billion to make more than 60 since the start of 2020 to take advantage of expanded interest in gaming during the global COVID lockdown.

Entertainment and tech companies have been busy making deals in the gaming industry since 2020 as video gaming has outstripped other forms of popular diversion in popularity, the FT noted.

In January, Microsoft announced it would spend a whopping $68.7 billion to buy Activision Blizzard, the gaming giant that makes Call of Duty, Candy Crush, World of Warcraft, and other iconic entertainments.