SOUTHWEST AIRLINES: NO JABS, NO JOB… NO FLIGHTS 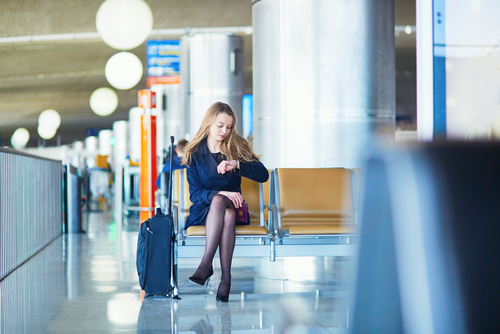 Just days after Southwest Airlines announced that it will require all 56,000 employees to be vaccinated against COVID-19, the airline was dealing with major flight cancellations across the U.S., denying that it had anything to do with the mandate.

The airline insisted that bad weather and an air traffic controller staffing issue was the cause of the problems and “not the result of Southwest employee demonstrations.”

Yet, Southwest's explanation was clear bullshit that even the Federal Aviation Administration questioned since it was the only airline to cancel flights and delays over the weekend... because of “bad weather.”

And being who they are, the Presstitutes—who get paid by their corporate pimps and government whore masters—have totally ignored the reason for the flight cancellations is that there is a movement among the employees not to get the jab.

The truth of the matter has found its way onto social media platforms where the word on the net is that there is an anti-vaccine mandate walkout.

The airline has said it has “no viable choice but to comply with the U.S. government (illegal) mandate for employees to be vaccinated.”

As we reported last month, President Biden announced an unprecedented new order that would force any employer with over 100 workers to either mandate vaccines or offer weekly testing. (See “MAJORITY OF AMERICANS WOULD QUIT THEIR JOBS THAN TAKE THE JAB. WILL THEY BACK DOWN?”)

The Trends Journal has reported extensively on Biden’s effort to force Americans to take the jab. (See “NO VAX, NO JOB, NO FUTURE: BIDEN KNOWS BEST”)

The Wall Street Journal pointed out that other airlines have already required their employees to be vaccinated, including American Airlines and Alaska Air Group. The report pointed out that some Southwest employees bristled at the new requirement, saying that they are concerned about the side effects from these vaccines.

The Southwest Airlines Pilots Association filed a lawsuit over the mandate, The Dallas Morning News reported. A mechanic’s union for the airline also announced its opposition.

“We want to be perfectly clear: SWAPA is not anti-vaccination,” the pilots' union wrote in a news release, “but we do believe that, under all circumstances, it is our role to represent the health and safety of our Pilots and bring their concerns to the Company.”

The filing also accused the carrier of taking unilateral actions that violate terms of the Railway Labor Act, which governs airline-union relations. Those steps include the Covid-19 vaccination requirements.

And as reported by Bloomberg, Southwest Airlines Co. pilots asked a court to temporarily block the company from carrying out federally mandated coronavirus vaccinations until an existing lawsuit over alleged U.S. labor law violations is resolved.

Judge Napolitano has expressed these labor law violations in interviews with Gerald Celente. Essentially, the President of the United States does not have the power to issue such mandates without the agreement of Congress.

TREND FORECAST: As we have been reporting, anti-vax movements are erupting in nations across the globe that are barely reported in the mainstream media.

Some 17,000 Quebec health-care workers may get fired because they refuse to get the COVID Jab.

And as Dr. Ron Paul wrote yesterday, “Over the past few weeks, thousands of nurses, medical workers, and first responders have either quit or been fired for refusing to receive a medical treatment they do not want or need.”

The “nursing shortage” that Democrat politicians and the mainstream media had been blaming on ‘rising Covid cases’ has been in reality a man-made disaster of historic proportions. The nursing crisis is not caused by “Covid”—cases have been in decline in the US for weeks. It is caused by the firing of medical personnel who refuse to take the experimental Covid shots.

Thus, we maintain our forecast that the COVID War will morph into a VAX War. Despite the pressure by governments to enforce vaccine mandates, there will be an irate tireless minority that will fight to their death rather than get the Jab.

The stricter the government and corporate rules, the more aggressive confrontations will erupt between pro-choice vax vs. pro-vaccine proponents. In addition, we maintain our forecast for anti-establishment, anti-vax political movements.