SOROS SAID LAST WEEK WHAT CELENTE SAID IN FEBRUARY: WWIII AND ‘CIVILIZATION MAY NOT SURVIVE’ 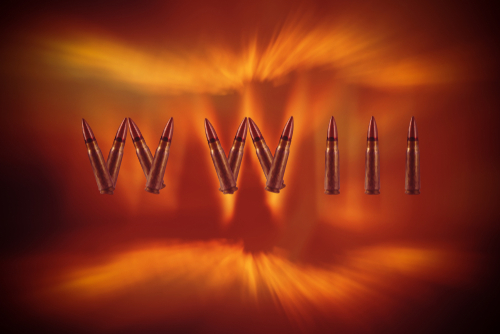 When Russia invaded Ukraine and the U.S. and NATO joined the fight by sending billions of dollars of weapons and intelligence strategies for Kyiv to defeat the Russians, Gerald Celente said World War III had begun.

Celente has also frequently quoted Albert Einstein, the father of the atom bomb, who said he did not know what weapons would be used to fight WWIII but the fourth World War would be fought with sticks and stones.

Essentially repeating what Celente had forecast, George Soros, the 91-year-old billionaire investor, raised eyebrows when he spoke at the Davos World Economic Forum last week and warned that the free world may not survive if Russia is successful in Ukraine.

“The invasion may have been the beginning of the third World War and our civilization may not survive it,” Soros said. “The best and perhaps the only way to preserve our civilization is to defeat [Russian President Vladimir] Putin as soon as possible. That’s the bottom line.”

Soros said victory against Putin is required to “save civilization.” He said the West must provide Ukraine with any funding or weapons it needs to defeat Russian troops.

“Even when the fighting stops, as it eventually must, the situation will never revert" to where it was before, Soros said. “Other issues that concern all of humanity—fighting pandemics and climate change, avoiding nuclear war, maintaining global institutions—have had to take a back seat to that struggle. That's why I say civilization may not survive."

Soros said he believes Putin knows that he “made a terrible mistake when he invaded Ukraine” and is looking for a negotiated cease-fire.

“But a cease-fire is unattainable because he [Putin] cannot be trusted. Putin would have to start peace negotiations, which he will never do because it would be equivalent to resigning,” Soros said.

The billionaire’s concerns about the future of civilization do not stop with Russia. He also spoke out about the threat that China poses.

“Repressive regimes are now in the ascent and open societies are under siege,” he said. “Today, China and Russia present the greatest threat to open society.”

He pointed to Putin’s meeting with Chinese President Xi Jinping in China at the start of the Winter Olympics.

He said Xi has had some missteps while his second term comes to an end.

“Xi harbors a guilty secret,” Soros said. “He never told the Chinese people that they had been inoculated with a vaccine that was designed for the original Wuhan variant of the disease, but which offers little protection against new variants.”

He said the Chinese leader cannot “come clean about this” because he “wants to be appointed to an unprecedented third term and eventually become ruler for life. He has carefully choreographed a process that would allow him to fulfill his life’s ambition, and everything must be subordinated to this goal.”

TREND FORECAST: Soros joined others from the West who said any negotiations with Putin are a complete waste of energy because he cannot be trusted.

Therefore, having eliminated any negotiations, there will be more death and destruction and the loser, which we forecast will be Ukraine, will have lost all possible negotiating power and will only gain more bloodshed for continuing the war.

And, as the Trends Journal has long reported—since the Spring of 2014 we detailed the U.S. coup of the democratically elected President of Ukraine, Victor Yanukovych, and America’s expansion of NATO to Russian borders—the Russian invasion was not unprovoked, and yet the corporate media has tried to present Putin as a dying madman.

But Soros' comments will be embraced by newsrooms across the U.S. and you will begin to hear more talk about the Russian invasion as a "fight for civilization." The groundwork has already been set. Any question about Ukraine negotiating for a settlement has been met with swift denunciations from Kyiv. These officials compare any concessions to WWII.