SHANGHAI BLUES: MILLIONS GET LOCKED DOWN TO FIGHT COVID WAR 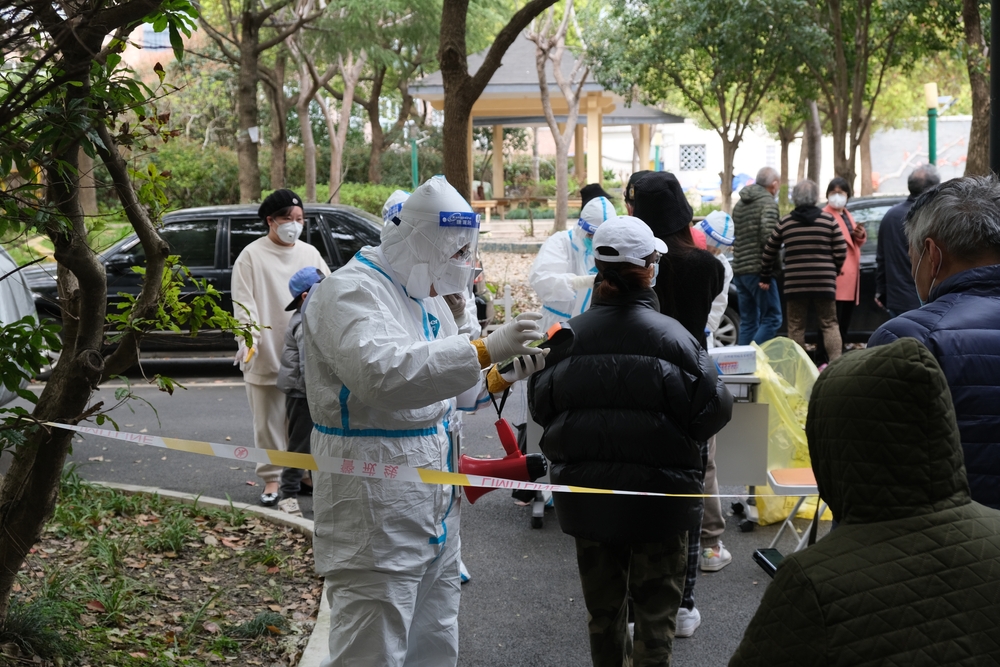 The Chinese government decided to extend the lockdown in parts of Shanghai amid flare-ups of COVID-19 infections that have prompted the country's largest response to date in an effort to get the virus under control.

The Trends Journal has reported extensively on China’s effort to snuff out the virus by enforcing a “zero COVID” policy, which many countries have abandoned. (See “HERE WE GO AGAIN: CHINA RAMPS UP COVID WAR AS KEY CITIES SHUT DOWN.”)

Chinese President Xi Jinping, who oversees a massive country with 1.4 billion people, has apparently been successful in limiting deaths compared to other countries. There have been a total of 909,723 cases in the country as of early Monday morning and 13,316 deaths.

But China has been criticized for taking a heavy-handed approach when dealing with the outbreak. (See “HONG KONG HYSTERIA: STRICT MEASURES TO STOP COVID-19 SPREAD PROVE INEFFECTIVE. 50 PERCENT GOT THE VIRUS.”)

The lockdown means that most of the country’s financial capital is quiet. Reuters reported that the city reported 7,788 locally transmitted, asymptomatic cases, which is a jump from the 6,501 new cases on Saturday.

The report also pointed out that symptomatic cases also increased from 260 to 438. The Omicron BA.2 variant has been blamed for the current outbreak.

Sun Chunlan, a member of China’s Communist Party’s Politburo, urged “resolute and swift moves to stem the spread of COVID-19 in Shanghai in the shortest time possible,” the Xinhua News Agency reported.

The Guardian reported that she called for “unswerving adherence” to the country’s “zero-COVID” approach.

“It is an arduous task and huge challenge to combat the omicron variant while maintaining the normal operation of core functions in a megacity,” she said.

The AFP reported that under the guidelines, anyone who tests positive with the virus—even if they are asymptomatic—must be isolated from those who are not infected. This means that parents who come down with the virus must be separated from children who test negative.

"If the child is younger than seven years old, those children will receive treatment in a public health center," Wu Qianyu, an official from the Shanghai Municipal Health Commission, said, according to the report. "For older children or teenagers... we are mainly isolating them in centralized (quarantine) places."

ZeroHedge reported that, in some cases, children as young as three months old have been separated from their breast-feeding mothers.

TREND FORECAST: China's continued attempt to achieve "zero-COVID" will take a socioeconomic toll on the nation.

While Beijing has set a target for the country's GDP to grow by 5.5 percent in 2022, should these draconian lockdown mandates persist, their goal will not be achieved.

As we have detailed in the economic sections of this and previous Trends Journals China’s economy is on a down-trend.  Last week it was reported that its Purchasing Managers Index (PMI) has been on a down-trend.

As a result of the lockdowns and implications of the Ukraine, China's factory activity in March slumped at the fastest pace in two years. The Caixin/Markit Manufacturing Purchasing Managers Index (PMI) fell to 48.1. A number above the 50-point index mark signifies growth, below 50 signals contraction.

The impact of the lockdown could take a toll on the world's economy. For example, production at a Tesla factory has been suspended since 28 March due to the city's two-part lockdown. CNN reported that the hub is considered crucial for the company's export business.

The Wall Street Journal reported that there are questions about whether China is being up front with the number of deaths in the city amid the current outbreak. Shanghai’s government hasn’t reported any deaths tied to the virus, but some have questioned the death toll at nursing homes in the city.

We forecast that even when the lockdown restrictions are lifted in China, there will not be a swift socioeconomic bounce back, as the effects of these measures will also take a mental toll on those subjected to them.

Fear and fright will remain in the hearts and minds of those afraid of getting the virus and the freedom to mix and mingle at all times anywhere and anyplace will also remain below pre-COVID War mandates.