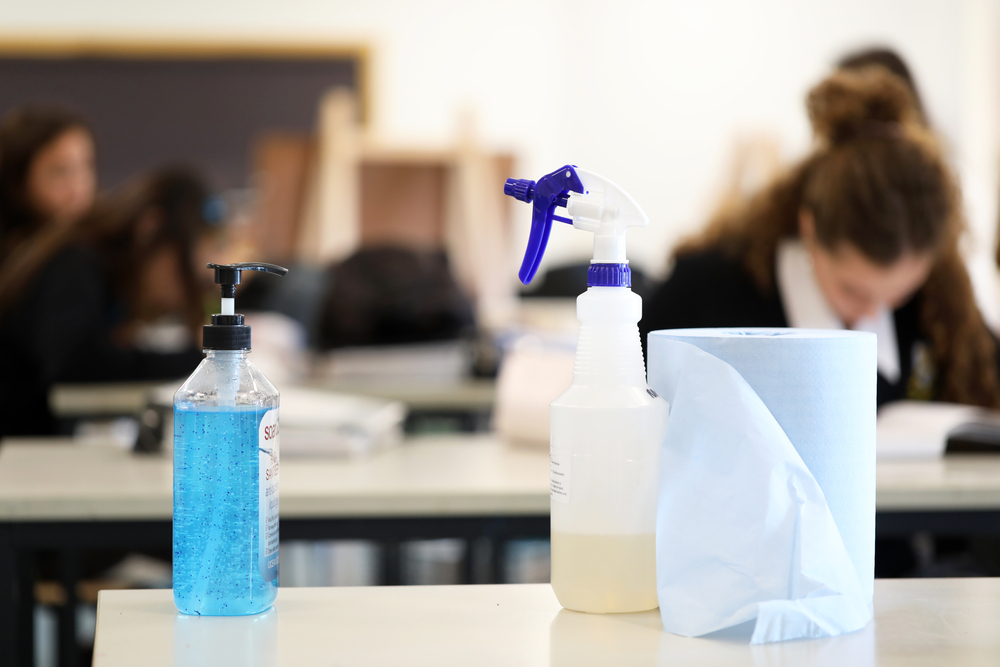 While COVID-19 vaccines become available for children as young as 12 years old, there is a growing debate on whether school systems can make these inoculations mandatory for returning students.

The Wall Street Journal reported that 23 percent of children between 12 and 15 years old have already received at least one shot of the Pfizer vaccine since its approval for the age group. The report said 53 percent of parents polled said they are willing to have their child sign up for the shot.

The report said the ultimate policy decision will likely come down to individual states. In general—districts and schools cannot compel students to receive a vaccination. States, on the other hand, can enforce these measures, a law professor told the paper.

“I would expect that in the not too distant future—I don’t know if it’s weeks, months, or hopefully not years—the state would mandate it,” Austin Beutner, the head of the Los Angeles Unified School District, told the paper. “Why would we treat COVID differently than we treat measles and mumps? It doesn’t make sense to me.”

Dorit Rubinstein Reiss, a law professor at the University of California Hastings College of the Law, told the paper that one of the issues these state legislatures face is the fact that these vaccines have only been approved under an Emergency Use Authorization. She said that status can make it more challenging for states to enforce.

Stefan Baral, an epidemiologist; Vinay Prasad, a hematologist-oncologist; and Wesley Pegden, an associate math professor at Carnegie Mellon University, published an article last month on BMJOpinion.com arguing that children should not receive the vaccine under the emergency authorization.

“Accelerated mass child vaccination under emergency use authorization—perhaps even spurred by school mandates and ‘vaccine passports’—presents a different balance of risks and benefits,” they wrote. “The possibility that rare adverse events could emerge as the more durable public health legacy of an emergency use authorization for child covid-19 vaccines is much greater.”

TRENDPOST: Totally absent in the mainstream media – but as we have continued to report – are the facts that an insignificant percentage of young people have died from the virus and the recovery rate for those who have caught it is, according to the CDC, 99.997 percent.

And as we reported last week, the facts prove that four out of five COVID deaths in America have been people over 65 years of age. Therefore, why force young people to get an Operation Warped Speed jab that has yet to be approved by the Food and Drug Administration?

Also as we have reported, to date, some 400 colleges in the U.S. are making getting a shot mandatory for students who wish to attend in person classes. Yet, there is little push back and general acceptance by the vast majority of the public to accept the New ABnormal rules and regulations.