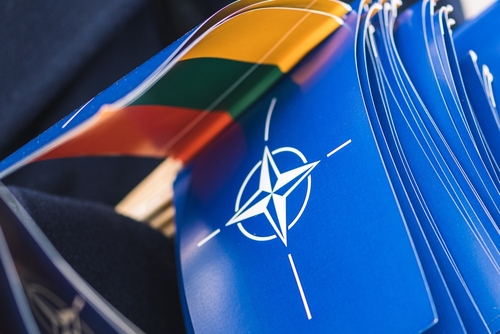 Dmitry Medvedev, the former Russian president and chairman of Russia’s Security Council, warned Finland and Sweden against joining NATO and said Moscow would have to beef up its military presence in the region if they joined the alliance.

“In this case, it will no longer be possible to talk about any non-nuclear status of the Baltic—the balance must be restored. Until now, Russia has not taken such measures and was not going to take them,” Medvedev said.

The Wall Street Journal reported that Russian President Vladimir Putin asked his military officials to come up with proposals on how to respond if Finland and Sweden join the alliance.

Haavisto told The Guardian that Russia has become “more unpredictable” and seems ready to take bolder risks than Georgia in 2008 and Crimea in 2014. He called those “calculated risks.”

“What is different now is that we see that Russia’s original purpose when attacking Ukraine was to change the regime in a country of 40 million people. This is a high-risk operation for Russia, but Russia showed it was ready to take those risks,” he said.

The Trends Journal has reported extensively on Finland and Sweden’s thought processes when it comes to signing on to the alliance. (See “FINLAND: NO NATO FOR NOW” and “SWEDISH PRIME MINISTER: NO TO NATO.”)

Finland, which shares an expansive, 830-mile border with Russia was invaded by Russia during WWII, which resulted in a brutal confrontation that ultimately resulted in Helsinki and Moscow signing a peace treaty in 1948, which included Finland's assurances that it will not join NATO.

Stockholm is more reluctant to join NATO, the Financial Times reported. The paper said Sweden only started to take NATO membership seriously after "Finland indicated it was likely to join regardless of what Sweden did, robbing Stockholm of its sole credible alternative: a defense alliance with Helsinki."

Confirming the report, the Swedish newspaper Expressen cited government sources saying that the nation’s prime ministers were planning on joining NATO because the Russian invasion of Ukraine had changed Europe’s “whole security landscape” and “dramatically shaped mindsets” in the Nordic region.

Maria Zakharova, the spokesperson for the Russian Foreign Ministry, said in a video earlier this month that Finland and Sweden should not base their security on "damaging the security of other countries and their accession to NATO can have detrimental consequences and face some military and political consequences."

Samuel Ramani, a professor of international relations at the University of Oxford, tweeted that Russian Senator Andrei Klimov called NATO a "suicide club" and warned that “Sweden and Finland could meet the fate of the Azovstal steel fighters in Mariupol if they join NATO.”

(Ramani was referring to Ukrainian forces who were trapped in a sprawling steel plant in Mariupol after fierce fighting with Russian troops. Putin decided not to raid the plant and instead ordered fighters to form a blockade to starve out these fighters. Putin did not believe it made sense to send his troops into the campus, which could cost Russian lives. “Block off this industrial area so that a fly cannot pass,” Putin said.)

TRENDPOST: As NATO’s first secretary-general put it, NATO was formed in order to keep the Russians out of Western Europe and the Americans in. Instead of disbanding NATO when the Soviet Union collapsed in 1991, Washington dramatically expanded NATO.

As detailed in The Los Angeles Times back in May of 2016, while the U.S. and NATO deny that no such agreement was struck, “...hundreds of memos, meeting minutes and transcripts from U.S. archives indicate otherwise.” The article states:

“According to transcripts of meetings in Moscow on Feb. 9, then-Secretary of State James Baker suggested that in exchange for cooperation on Germany, the U.S. could make ‘iron-clad guarantees’ that NATO would not expand ‘one inch eastward.’ Less than a week later, Soviet President Mikhail Gorbachev agreed to begin reunification talks.

No formal deal was struck, but from all the evidence, the quid pro quo was clear: Gorbachev acceded to Germany’s western alignment and the U.S. would limit NATO’s expansion.”