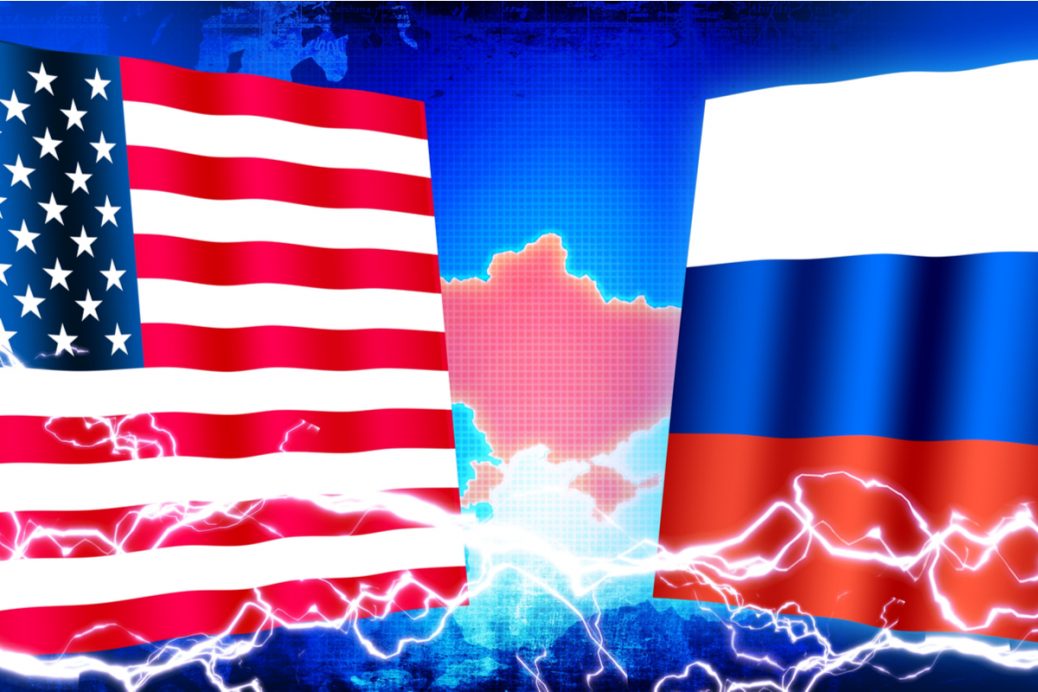 Russia’s top diplomat, Sergey Lavrov, said Monday that a primary reason Moscow invaded Ukraine was its attempt to end the U.S. drive for world domination. A trend that the United States has been on since the beginning of the 20th century. (See “War Is A Racket” by Major General Smedley Butler.)

“Our special military operation is meant to put an end to the unabashed expansion [of NATO] and the unabashed drive towards full domination by the US and its Western subjects on the world stage,” Lavrov said. “This domination is built on gross violations of international law and under some rules, which they are now hyping so much and which they make up on a case-by-case basis.”

The Trends Journal has long reported that Russia submitted security demands prior to the war that it sees as existential, but the U.S. and Western allies refused to make any concessions.

TRENDPOST: In 2013, we published a report titled, “NO NEED FOR NATO,” that said the alliance had gone on for too long. We wrote, “The only dangerous ideology in the world today is Washington’s ideology of neoconservatism.

This ideology proclaims the U.S. to be the “indispensable nation,” with the right and responsibility to impose its economic and political system on the world.”

Lavrov’s comments echo what Wang Yi, the Chinese foreign minister, has been saying about the U.S. role in the Ukraine War. Wang said he stands on the right side of history over the Ukraine crisis and “will never accept any external coercion or pressure, and opposes any unfounded accusations and suspicions against China," a clear swipe at the U.S. (See “U.S. LAUNCHES COLD WAR 2.0: CHINA LAMBASTS ‘COLD-WAR MENTALITY.’”)

Jake Sullivan, the national security adviser, has been on a pressure campaign to get China to condemn Russia’s military operation in Ukraine, but Beijing, too, said it will not bow to the U.S. demands.

This comes after Ned Price, a spokesman for the state department, told reporters last month the U.S. will “not allow any country to compensate Russia for its losses” from Western sanctions.

Russian news outlet RT first reported on Lavrov’s comment. He also went on to criticize Josep Borrell, the EU foreign policy chief, for his war rhetoric after saying that the battle will be “won on the battlefield.”

“When a diplomatic chief … says a certain conflict can only be resolved through military action… Well, it must be something personal,” Lavrov said. “He either misspoke or spoke without thinking, making a statement that nobody asked him to make. But it’s an outrageous remark.”

Lavrov said Russia hopes to negotiate for peace. U.S. officials claim that the Kremlin has not picked up the phone to discuss the military action. President Joe Biden has already called Russian President Vladimir Putin a “war criminal” and called for him to stand trial.

TRENDPOST: The RT report said Russia’s key demands are that Kyiv declares itself neutral and vows to never join NATO. But the U.S. and its Western allies see a chance that the Ukrainian forces could put up a long fight against Russia, and so they will continue to donate as many weapons as fast as possible to Ukraine in order to continue the proxy war against Moscow.

We watched how the U.S. and NATO have no interest in negotiating with Russia over its security concerns and imagined Washington’s response if Toronto agreed to house a Chinese missile system and Mexico had Russian missiles aimed at America.

"The current crisis is man-made, and the BRICS countries have all necessary tools to mitigate its consequences for their economies and the global economy as a whole," Siluanov said.

TRENDPOST: As we have reported, long forgotten, and not mentioned by the Western media or its politicians, was the U.S. and NATO’S pledge not to expand into Eastern Europe following the deal made during the 1990 negotiations between the West and the Soviet Union over German unification.

As detailed in the Los Angeles Times back in May of 2016, while the U.S. and NATO deny that no such agreement was struck, “...hundreds of memos, meeting minutes and transcripts from U.S. archives indicate otherwise.”

“According to transcripts of meetings in Moscow on Feb. 9, then-Secretary of State James Baker suggested that in exchange for cooperation on Germany, U.S. could make ‘iron-clad guarantees’ that NATO would not expand ‘one inch eastward.’ Less than a week later, Soviet President Mikhail Gorbachev agreed to begin reunification talks. No formal deal was struck, but from all the evidence, the quid pro quo was clear: Gorbachev acceded to Germany’s western alignment and the U.S. would limit NATO’s expansion.”

Also, as noted in the National Security Archives, “Not once, but three times, Baker tried out the “not one inch eastward” formula with Gorbachev in the February 9, 1990, meeting. He agreed with Gorbachev’s statement in response to the assurances that “NATO expansion is unacceptable.”

Baker assured Gorbachev that “neither the President nor I intend to extract any unilateral advantages from the processes that are taking place,” and that the Americans understood that “not only for the Soviet Union but for other European countries as well it is important to have guarantees that if the United States keeps its presence in Germany within the framework of NATO, not an inch of NATO’s present military jurisdiction will spread in an eastern direction.”

Yet, these and other facts regarding the agreement of NATO not to expand are being totally ignored by the mainstream media and the U.S. and EU governments.