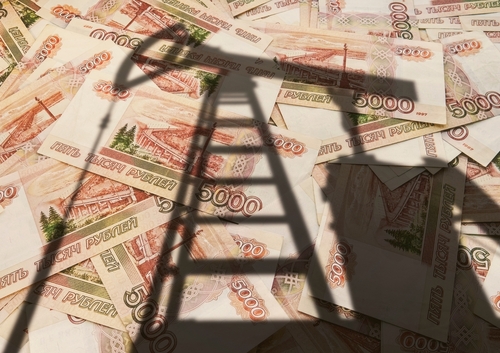 However, it since has risen, in May adding about 130,000 barrels a day to a total of 10.55 million as countries continue to boost imports to lower their own fuel prices, the International Energy Agency (IEA) reported and which we noted in “India, Russia Forming New Trade Ties” (22 Mar 2022).

Despite Western allies’ plan to cut off a key source of Russia’s revenue as it waged war, Russia collected $120 billion from oil sales last month, $1.7 billion more than in April, the agency noted.

A significant part of the increase was attributed to oil’s rising price, not necessarily a greater volume sold.

Oil prices have virtually doubled over the past 12 months, with benchmark Brent crude’s price hovering near $120 a barrel.

However, China, India, and Turkey are buying larger amounts of Russian oil, the IEA said, in part because Russia’s crude is selling at a discount to world prices, as we reported in “EU Mulls Ban on Russian Oil. Will It Matter?” (10 May 2022).

Those sales help to replace the approximately 500,000 daily barrels of oil and oil-based products that Europe stopped buying when the war broke out.

By 2023, Russia’s oil-related sales could fall by 3.5 million barrels a day—more than 25 percent—as Western allies gradually wean themselves from the remaining Russian products they import, the IEA predicted.

TREND FORECAST: Western allies imposed sanctions on Russia, other countries did not.

China, India, and other nations will continue to do business with Russia, giving it revenue and dragging out the time when Western sanctions will bite harder.

The longer that takes, the more restless Western consumers will become under the extra cost the sanctions take out of their paychecks, particularly at the gas pump.

The longer the Ukraine war lasts, more nations will flout the sanctions and NATO will have an increasingly difficult time keeping its members unified around the strictures.