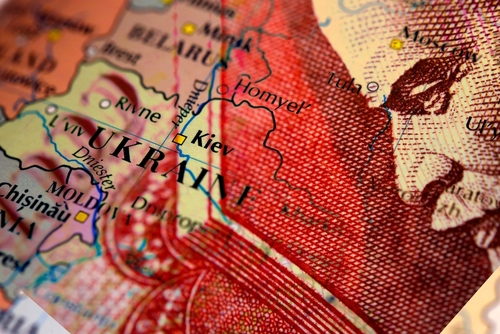 Mikhail Ulyanov, the Russian permanent representative to the International Organizations in Vienna, said in a speech last week that the International Atomic Energy Agency’s report on shelling near the Zaporozhye nuclear plant in Ukraine does not identify the country behind the attacks.

“Strange as it may seem, the report lacks any mention of the side from which the station was shelled,” Ulyanov said. “This, in our opinion, is the weakest and most problematic part of the report presented by the Director General. Silence on this matter only encourages the Ukrainian side to continue rocket and artillery strikes.”

The IAEA did not immediately respond to an email inquiry from The Trends Journal seeking comment about Ulyanov’s claim.

We have been reporting on the attacks that have been ongoing near the Zaporozhye Nuclear Power Plant situated along the Dnieper River. Russia has blamed Ukraine for the attacks, and Ukraine blames Russia. (See “CHERNOBYL 2.0. RUSSIA ACCUSES UKRAINE OF ATTACKING NUKE PLANT,” “IAEA: ‘SERIOUS SITUATION.’ NUKE CATASTROPHE ON THE NEAR HORIZON” and “TOP RUSSIAN DIPLOMAT SEES NO END IN SIGHT FOR UKRAINE WAR.” )

The plant is the largest in Europe and the facility has been controlled by the Russians since the early days of the war, but it is being operated by Ukrainian staff. The agency issued a statement on Saturday that said the main power line into the facility is working again after all four external power lines were shut off in the past few weeks.

“The restored 750 kilovolt (kV) line is now providing Europe’s largest nuclear power plant—whose last operating reactor was shut down on 11 September—with the electricity it needs for reactor cooling and other essential safety functions,” the statement read, according to The Hill.

Ulyanov told reporters that delegates from the IAEA have been stationed at the facility since the beginning of the month and said it should not be “particularly difficult” to see which side is responsible.

TRENDPOST: The Trends Journal has warned that the longer the Ukraine War is allowed to go on, the closer the world inches towards a major catastrophe.

We have been opposed to Putin’s decision to invade the country, but, unlike the willfully ignorant Western media, we identified reasons why Russia invaded. The attacks on the nuclear power plant are just another example of the risks to the world as the war drags on.

We have noted that Ukraine would have been forced to negotiate with Russia months ago if not for the multi-billion-dollar weapon flows from the West and billions in funding to prop up the economically broke and busted Kyiv government.

We have also noted that some of Ukraine’s allegations seemed to be unrealistic. Russia is trying to connect the nuclear facility to the Crimean electricity grid, so why would its forces purposely attack the power plant that it is occupying?

Gerald Celente has said the West is fighting more than a proxy war with Russia. It is, by its money and weapons transfers into Ukraine, “an accessory to the crime.”