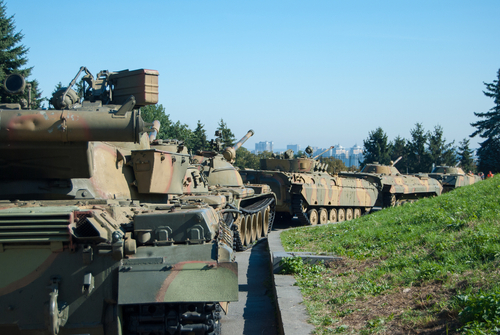 Douglas Macgregor, retired U.S. Army colonel, decorated combat veteran, and former advisor to the Secretary of Defense in the Trump administration, said in an interview last week that he believes the Russian forces have been “too gentle” during their invasion in Ukraine.

Images have emerged from the conflict showing Ukrainian civilians chatting with soldiers riding in tanks, and some even standing in front of military convoys rolling into cities surrounding Kyiv. He said Moscow seems to have corrected its approach to the war and has begun to inflict more pain. He predicted that the war would be completed in 10 days.

Macgregor made his comments during an interview with Fox Business’ Stuart Varney. He blamed Ukrainian President Volodymyr Zelensky for not ending the war sooner and accepting Russia’s demand of a “neutral Ukraine.” He called Zelensky a “puppet” intent on putting his people at “unnecessary risk.”

“I think the most heroic thing he could do right now is come to terms with reality,” he said. “Neutralize Ukraine.”

TRENDPOST: Gerald Celente, the publisher of the Trends Journal, took to Twitter on Sunday to criticize U.S. Secretary of State Antony Blinken for telling the BBC that he believes Ukraine could ultimately defeat the Russians.

Blinken justified his assessment by pointing to the resiliency of the Ukrainian people.

Celente said Ukraine will not defeat Russia and Zelensky’s decision to face off with Putin will lead to unnecessary deaths.

It should be noted that surrendering for peace if you are going to be defeated is not the mainstream, American way. Macgregor has been attacked for his assessment that the Ukraine Army would lose, and was slammed by pro-war advocates as being pro-Putin.