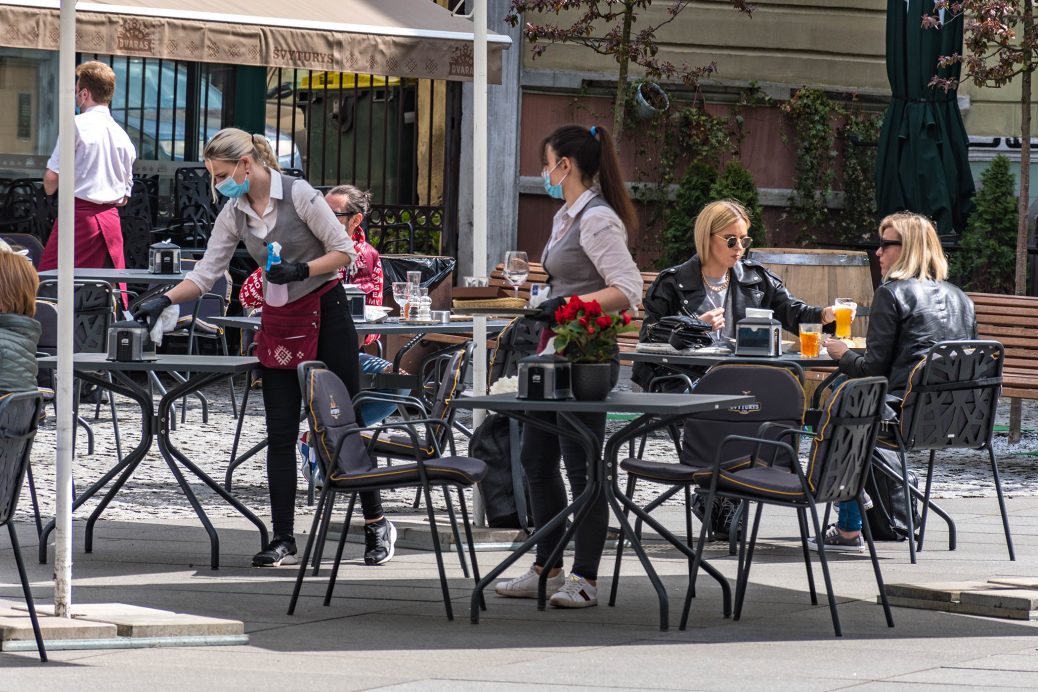 As they reopen dining rooms, restaurants face costs, rules, and changes that may make being open as expensive as staying closed.

Eateries are putting up Plexiglass partitions between tables. Many are budgeting hundreds of dollars a week to buy masks for staff and customers and extra cleaning supplies; others are having to add staff to carry out thorough disinfections after hours.

For chains operating across jurisdictional boundaries, managing the details becomes a monument to confusion.

Different jurisdictions dictate different hours eateries can be open; one requires that employees’ temperatures be checked when they arrive at work and be posted where customers can see the results.

McDonald’s reopening guidelines for franchise owners runs to 56 pages, Arby’s to 96. Arby’s also advises franchisees that federal, state, and local mandates “may change and be conflicting.”

“I don’t see us being able to recoup what we lost this year,” complained James Miller, CEO of Vision Investment Group, which owns 42 Subway shops in three states. “There simply wasn’t a blanket set of restrictions that applied to all.”

“We would like to see consistent standards so franchisees don’t have to comply with a bunch of” random, inconsistent, and contradictory standards, said Misty Chally, executive director of the Coalition of Franchisee Associations.

State restaurant associations in Colorado and elsewhere are pressing state governors, legislatures, and health departments to both regularize and ease restrictions.