REAL INTEREST RATES? HOW LOW CAN YOU GO? 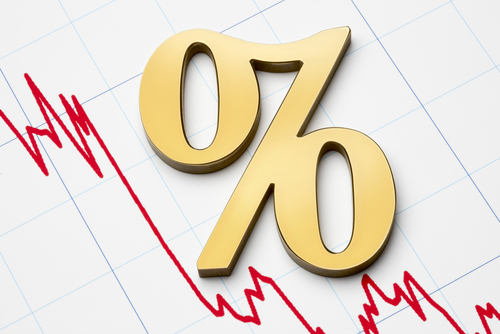 In 2022, inflation will leave developed nations with their lowest real interest rates in perhaps a half-century, according to calculations by the Financial Times.

Real interest rates, which many economists consider an economy’s most important price, subtract the rate of inflation from posted interest rates; the difference is the actual cost of borrowing.

For example, if a bank charges 3 percent interest on a loan when inflation is running at 2 percent, the actual cost of the loan is 1 percent.

Today’s inflation’s rate is far outpacing interest rates, meaning that borrowing has a negative cost. In other words, borrowing is itself profitable.

In the U.S., the Federal Reserve’s benchmark interest rate is 0.25 percent, while inflation ran at 6.2 percent in October. If a loan were available at the Fed’s base rate, the cost of that loan would have been -5.95 percent last month.

Real rates are now about -3 percent in the U.K. and -4.6 percent in Germany, the FT calculated. Real rates have not been this low since the 1970s’ energy crisis drove up prices, the FT said, although real rates increased again after 2008’s Great Recession.

That should help governments manage the massive debts they took on to float their economies across 2020’s global crisis, she noted.

In China, real rates already have turned positive, and a growing list of countries, including Brazil, the Czech Republic, Mexico, Poland, and Russia have hiked rates sharply to counter inflation.

As inflation eases next year, those recent rate hikes could put real rates as high as 3.3 percent in Brazil and 3.0 percent in Russia, analysts told the FT.

However, western economies are slow to increase rates for fear of hobbling post-COVID economic recoveries.

“Real rates are going to be below most estimates of neutral for the foreseeable future,” Neil Shearing, Capital Economics’ chief economist, said in an FT interview.

TRENDPOST: This is an extremely important article. It clearly illustrates the reality of all the cheap money that has been poured into the financial and economic systems over the years...  and how interest rates are, in reality, deep in negative territory.

Yet, even as cheap as money is when accounting for inflation, there remains major concern among the Bankster Bandits, that even if they increase the price of their monetary methadone injections a tiny bit by raising interest rates, the money junkies addicted to getting their shots for next-to-nothing will OD. This truly exemplifies how big and phony the economic and equity market bubble has been artificially expanded and how there is a total absence of sound economic principles.