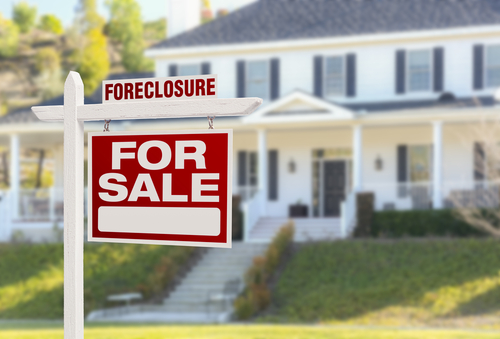 “The change in the cost of debt is having a big impact on all markets, across everything,” Chris Brett, a capital markets manager at real estate consulting firm CBRE, told the Financial Times.

“The speed has taken us all by surprise,” he added.

The Dow Jones U.S. Real Estate Index has lost about 25 percent of its value this year; U.K. property-company stocks have lost 20 percent.

The number of potential buyers actively seeking new properties has fallen by more than half, dropping from 3,395 in 2021’s final quarter to 1,602 now, MSCI data show.

Also, just €12 billion in property purchases were under contract in Europe on 31 March, compared to €17 billion a year earlier, MSCI said.

More than 25 million square feet of office space in Great Britain is now “surplus to requirements” as renters are eager to drop space as soon as they can, a survey this month by consulting firm Lambert Smith Hampton found.

Deals under contract are failing or being renegotiated.

“Everyone selling everything is being [price-] chipped by prospective buyers or else [buyers] are walking away,” Ronald Dickerman, president of investment firm Madison International Realty, said to the FT.

“I cannot overemphasize the amount of repricing going on at the moment,” he added.

“The reason is simple,” the FT said.

An investor buying a $100-million property early this year could have taken a 60-million mortgage at 3 percent interest.

“Today, they might have to pay 5 percent, wiping out any upside,” the FT explained.

Many owners of those “defensive” properties who bought when the market was flying high and now must refinance face the prospect of “negative leverage”—making mortgage payments larger than their incomes from their buildings, the FT noted.

There is no data showing how many property owners are now struggling with negative leverage, “but, anecdotally, it’s fairly widespread,” Lea Overby, a mortgage-backed securities researcher at Barclays, said to the FT.

Landlords “thought they could increase rents 10 percent a year for 10 years and expenses would be flat but the consumer is being whacked with inflation and [landlords] can’t pass on costs,” Manus Clancy, senior managing director at data service Trepp, told the FT.

The value of New York City office buildings ultimately will drop by as much as a third, according to a recent study titled “Work-From-Home and the Real Estate Apocalypse,” creating a “cataclysm” for landlords and the cities that depend on real estate taxes, the FT warned.

“Our view is that the entire office stock is worth 30 percent less than it was in 2019,” New York University professor and study co-author Stijn Van Nieuwerburgh, said in comments quoted by the FT.

The shock has not yet been seen because many landlords are private companies and not publicly traded.

However, when they need to sell or refinance their properties, the drastic loss of value will become apparent, Van Nieuwerburgh said. If values shrink even more dramatically, mortgage defaults could become a systemic danger.

“If your loan to value is above 70 percent and your property’s value falls 30 percent, your mortgage is underwater,” he noted. “A lot of offices have more than 30-percent mortgages.”

The entire commercial industry is set for a long period of decline reminiscent of the 1970s, Dickerman at Madison International said to the FT.

TREND FORECAST: Early in the COVID War, we warned of a commercial real estate bust in articles such as “Real Estate’s Reality” (7 Jul 2020). Events have now proven our prediction correct.

TREND FORECAST: As we noted in “Commercial Real Estate: Boom or Bust?” (25 May 2021), Fitch Ratings has calculated that if companies give up 10 percent of their office space, the value of office buildings could plunge as much as 40 percent.

As we forecast in articles such as “Return to Office Postponed: Commercial Real Estate Bust?” (14 Sep 2021), the new normal of remote work has redefined economic ecosystems in those urban centers.

Commuters buy lunch, gifts, clothes, gadgets, and other items in locales where they work; as workers stay home, downtown stores and restaurants will lose their traditional customer base and gas stations along commuter routes will see business plummet.

At the bottom of this downward spiral: cities themselves and the people who live in them.

As we have noted in “New York Office Vacancies Set Record” (13 Jul 2021) and elsewhere, cities depend heavily on property taxes for revenue. (Property taxes account for more than 40 percent of New York City’s annual budget.)

To avoid catastrophe, commercial landlords and municipal governments will collaborate to repurpose empty offices as places that enrich the lives of people, especially the young, who live in cities not because their jobs demand it but because they like urban life.

But as we have detailed, many of those office buildings will not be suitable for repurposing into apartments... especially those built over the past 50 years.