RATES TO SAIL GOODS FROM CHINA TO U.S. FALL BY A THIRD 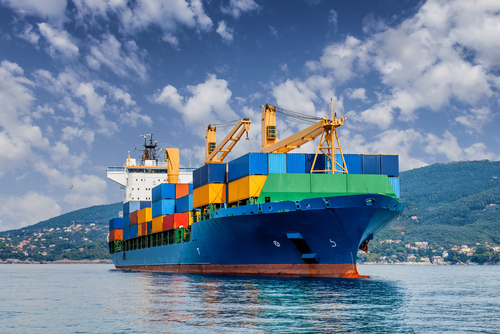 The cost to send a cargo container from China to the U.S. west coast stood at $9,585 in mid-June, 34 percent lower than at the beginning of 2022 and half of what it was a year ago, according to the Freightos Baltic Index.

However, the cost is still four times the June 2020 rate.

Another sign: the California ports of Long Beach and Los Angeles together handled 936,937 containers in May, the most in 12 months.

Port clogs also may be clearing because fewer goods are flowing through them.

The number of inbound containers at the 10 largest U.S. ports during the first half of June was 25 percent less than in May, The Wall Street Journal reported.

During the week of 13 June, only 22 ships were anchored off the two California ports waiting for berths, compared to a record 109 in January.

Target, Walmart, and other large retailers report having too much inventory on hand: supply chains have opened and back orders are being filled just as consumers are starting to close their wallets against relentless inflation, as we reported in our “Economic and Market Overview” and “Retailers and Manufacturers Whack Jobs, Leisure Venues Hire,” both in our 7 June, 2022, issue.

The cost to send a filled container between continents will remain above pre-COVID levels at least through next year, industry analysts told The Wall Street Journal, as fuel prices set records.

Fuel for seagoing ships is now $670 a ton, 80 percent more than the pre-COVID price, according to Braemar, a consulting firm.

“The test for freight rates will come in a few weeks when the peak season is in full swing,” Lars Jensen, CEO of the Vespucci Maritime shipping line, told the WSJ.

“If spot rates don’t go up in summer, it will be a strong sign that demand is falling,” he noted. That would mean “lower rates going forward, but not falling off a cliff.”