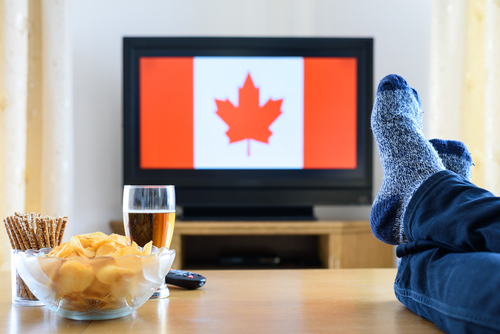 Canada’s housing market has been rising since 2010, with home prices up 53 percent from February 2020 through 31 March this year alone, according to the Canadian Real Estate Association, compared to 35 percent in the U.S.

The boom had been fueled in part by the Bank of Canada’s rock-bottom interest rate, which fell to -0.50 in March 2020.

This year, faced with inflation rising faster than forecast, the bank has raised that rate by a quarter point in March and a half-point in April, a change that has driven mortgage rates from an average of 1.5 percent last fall to 4 percent now.

The hike has thrown the nation’s housing market into reverse.

Home sales in Toronto, Canada’s largest metro area, fell 27 percent in April from March and 41.2 percent year on year. Over the past decade, home sales there have risen by an average of 8 percent.

Prices were still 15 percent higher year over year, but the gain was less than March’s 18.5 percent or February’s 27 percent.

In Vancouver, on Canada’s west coast, April’s sales slid 25 percent on the month and 34 percent for the 12-month period.

TREND FORECAST: Central bank interest rates go up, home sales and mortgage applications go down. The same thing is happening in the U.S. housing market, as we detail in “Mortgage Refinancing Cools” in this issue.

Interest rate hikes are cooling the housing market, which will help take some energy out of inflation.

However, many people overpaid for housing during the 2020-2021 frenzy, with thousands of buyers paying four and even five figures over the asking price.

As a result, the sagging housing market will leave those households “under water,” owing more on their mortgages than the homes could bring in a sale, and trapping them in their houses as inflation steals more of their incomes, leaving them less able to afford swollen mortgages.