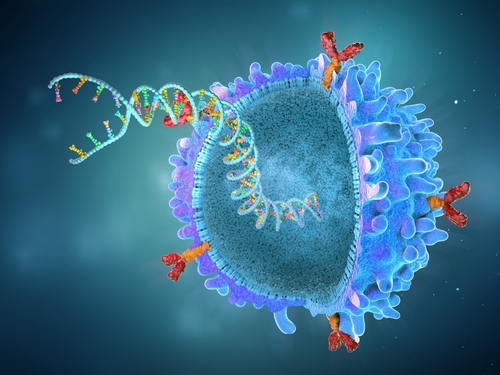 Why would any scientist purposely manipulate viruses with genetic material from other organisms to create more lethal, man made strains?

In fact, the controversial technique was banned during the Obama years.

But Senator Rand Paul (D-KY) has doggedly pursued evidence that U.S. medical agencies under the authority of Dr. Anthony Fauci funded so-called gain-of-function research, via EcoHealth Alliance, and via direct funding of a Wuhan China Virology lab engaged in the experimentation.

Wuhan, of course, was ground zero for the outbreak of COVID, and many experts have pointed to indications and evidence that the virus outbreak originated at the lab which received American funding, and had connections to EcoHealth Alliance and other gain-of-function researchers in the U.S. and Canada.

Against that backdrop, Rand Paul this past week oversaw the first congressional hearing focused on dangerous gain of function research.

Paul set out the purpose of the hearings in a series of comments on Twitter:

Today I am hosting a hearing as Ranking Member of the HSGAC Subcommittee on Emerging Threats and Spending Oversight to discuss, as our name implies, the emerging threat posed by gain of function research…

We will hear from a panel of three witnesses, all of whom are extraordinarily accomplished experts in the scientific community. We are grateful for that work, and we are grateful to each of you for taking the time to appear here with us this afternoon…

Gain of function research is a controversial scientific research method involving the manipulation of pathogens to give them a new aspect or ability, such as making viruses more transmissible or dangerous to humans…

3.) whether the definition of gain of function research is applied consistently by the Department of Health and Human Services P3CO review committee, which is responsible for evaluating the risks & benefits of such research.

In previous Congressional testimony, Fauci has denied authorizing U.S. funding of gain-of-function research. But Fauci’s defense has hinged on word games, arguing that the genetic experiments funded via his authority did not technically meet the definition of “gain-of-function.”

Senator Paul has persuasively argued otherwise and introduced much evidence relating to the matter. A number of prominent scientists have agreed with Paul.

Paul has argued that Fauci should resign his post, given his personal involvement with Wuhan lab funding and EcoHealth Alliance funding, as well as his actions regarding transparency, misinformation regarding vaccines, and interference in assessments and investigations of the possible origins of the virus.

As Senator Paul was overseeing the Congressional hearing, the University of Texas Medical Branch (UTMB) in Galveston was admitting it may have skirted U.S. laws in a contract with the Wuhan lab at the center of COVID controversies.

According to The Epoch Times, UTMB said several “poorly worded” contracts it signed allowed Chinese labs to delete "secret files" from any phase of their partnership.  One of the labs involved was the Wuhan Institute of Virology.

“The University of Texas Medical Branch (UTMB) takes responsibility for the oversight in allowing memorandums of understanding (MOUs) to include a poorly drafted confidentiality provision in potential conflict with applicable state laws,” a university spokesperson said to The Epoch Times.

The news is more indicator that the ties between U.S. institutions and the lab that may well have originated the COVID virus constitute a morass of poor decision making and possibly worse.

The Trends Journal alerted readers to problematic “gain-of-function” COVID issues well before it was picked up by MSM.  We first highlighted the story in a February 2021 story involving Bill Gates and Fauci where we noted:

“Gate’s awkward comment came as the origin of the COVID-19 virus is still very much in dispute. There is growing evidence it escaped from a Wuhan China virology lab that was funded in part by Dr. Anthony Fauci’s National Institute of Allergy and Infectious Diseases. With Fauci’s approval, the NIAID gave a total of $7.4 million to the lab. Gates and Fauci have worked closely together on the COVID vaccine development and roll-out, and both have financial interests in the vaccines.”