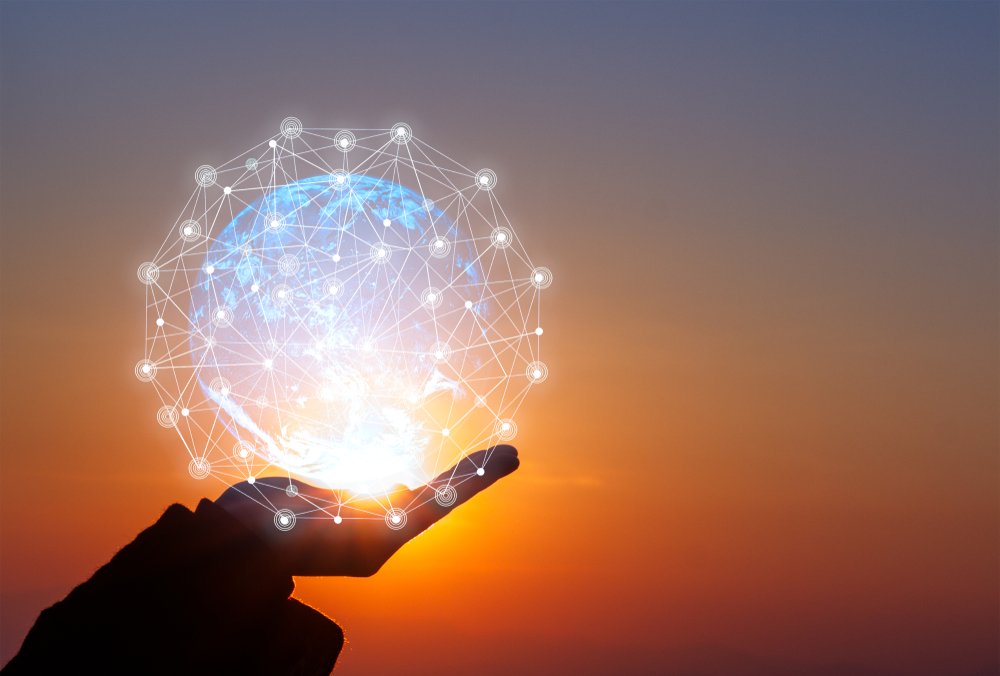 The cat and mouse game of governments and corporations spying on and accruing digital dossiers on every citizen, and Americans fighting for constitutional freedoms and their rights of privacy in communications, might play out next on a quantum battlefield.

For the first time, an experiment using drones successfully tested the concept of quantum communication, which could offer a virtually non-hackable form of transmission.

Detailed in a January issue of Physics, the magazine of the American Physics Society, the experiment involved a system where two drones were used to generate and relay entangled photon pairs to each other and ground stations.

The reason why Quantum communication might be the answer to fully secure message sharing lies in the nature of quantum physics. Users exchanging encrypted messages using “entangled” photons would be relying on pairs of particles with a unique quantum-mechanical relationship. According to Physics, “For every pair, one photon would be sent to each of the users, who would be alerted to any eavesdropping by a loss of entanglement between the photons.”

One method already used experimentally for quantum communication involves fiber optics. But this method is problematic, as a large fraction of the photons scatter before reaching their destination. Atmospheric transmission is more reliable, and it was demonstrated using a Chinese satellite in 2018. But satellites are expensive and can not easily adapt to changing demands on the ground. That’s where the use of small drones has conceptually proven itself to be a breakthrough.

In a new age of hyper-technology, communication, and disruption of it, continues to be a fast, evolving matter on legal and political fronts. Before the inauguration this past week, the Federal Communications Commission (FCC) issued a warning against using radio services to “facilitate criminal acts.” It claimed its unprecedented bulletin to the general public was due to reports that some people were utilizing radio services as an alternative to social media sites to communicate and coordinate activities.

The irony of the FCC issuing such a statement, while having nothing to say about a U.S. president, is that significant social influencers aligned with him, as well as countless everyday Americans being purged from monopolistic social media platforms, so it was not lost on many.

Still, the FCC statement illustrated the willingness of at least some Americans to find ways around technocratic manipulations. The pursuit and promise of quantum communication such as the “drone network” experiment might be analogous to the rise of digital currencies, which are similarly resistant to manipulation.

TREND FORECAST: In America, the so-called Land of the Free, government agencies have been and will continue to ramp up spying on its population. Last month, the American Civil Liberties Union (ACLU) filed a lawsuit demanding information about the FBI’s Electronic Device Analysis Unit (EDAU) – a forensic unit the ACLU believes has been breaking into iPhone’s encryption systems.

The statement issued by the ACLU said, “The FBI is secretly breaking the encryption that secures our cell phones and laptops from identity thieves, hackers, and abusive governments... and it refuses to even acknowledge that it has information about these efforts.”

Last week, the U.S. Defense Intelligence Agency told congressional investigators it has the technology to monitor the location of mobile devices in the U.S. and has accessed information without a warrant.

The Wall Street Journal reported that these government agencies can buy access to the information from commercial brokers, without obtaining a warrant from the Foreign Intelligence Surveillance Court. The data is usually obtained from smartphone GPS locations.

Senator Ron Wyden brought up the issue during a hearing with Avril Haines, President Biden’s pick to head national intelligence. Wyden said the abuses within the program “take your breath away” and are “really a dodge on all the legal protections Americans have.”

With the Biden administration now pushing for a domestic terrorism bill that essentially criminalizes the First Amendment, government spying on its people will be accelerated.