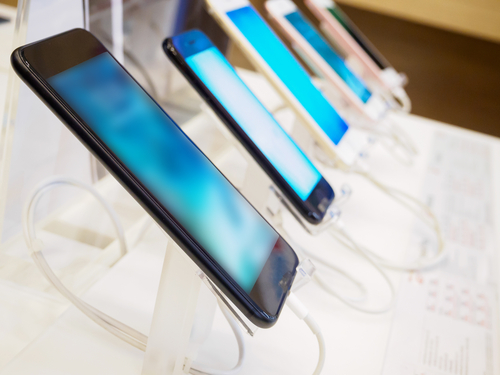 Qualcomm, one of the world’s chief suppliers of computer chips for mobile phones, trimmed its sales forecast for this year as inflation forces consumers to curtail unnecessary spending.

The reduced outlook comes even though the company reported a 36-percent sales increase in its most recent quarter, notching $10.94 billion in revenue and edging past analysts’ forecast of $10.86 billion.

The company’s shipments of chips for handsets will slip by 5 percent this year, CEO Akash Palkhiwala said in a statement.

Demand for the company’s 5G chips will be between 650 million and 700 million in 2022, he said, down from the 750 million Qualcomm had forecast earlier.

The company’s share price dipped 4 percent on the news.

Demand for computer chips of all kinds soared during the COVID era of remote work.

However, inflation, supply disruptions due to China’s massive lockdowns this spring, and the Ukraine war and resulting sanctions have coincided with many workers returning, at least part-time, to a central office.

As a consequence, mobile phone sales will shrink by 7.1 percent this year compared to last, according to market research firm Gartner. The company had earlier predicted a 2.2-percent increase.

To offset slowing sales, Qualcomm is seeking to get its chips into fast-selling products.

As part of the effort, it reached an agreement with Samsung to provide chips for Samsung’s phones, tablets, computers, and other devices.

TREND FORECAST: We note this trend since as goes hi-tech, so goes the economy. This is a key indicator of worse economic conditions on the near horizon.