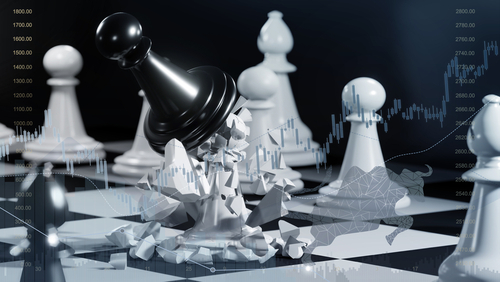 The top U.S. intelligence official told the Senate Armed Services Committee on Tuesday that Russian President Vladimir Putin is likely planning a prolonged war in Ukraine that expands well beyond the Donbas region.

“We assess President Putin is preparing for a prolonged conflict in Ukraine during which he still intends to achieve goals beyond the Donbas,” Avril Haines, the director of National Intelligence, said, according to the Financial Times.

The war in Ukraine shows no signs of easing and the U.S. seems to be dug in for a long conflict.

“We assess that Putin’s strategic goals have probably not changed," she said.

Sen. Lindsey Graham, R-S.C., has backed an effort in Congress to inject $40 billion of U.S. aid into Ukraine, billions more than even President Joe Biden requested.

“Defeating Putin is priceless,” Graham said. He also indicated that he does not believe this will be the last round of funding.

“Do I think this will be the last round? No, I think we'll be doing this again,” he said, according to Politico. “Who knows where we're going to be two months from now, three months from now. As long as they're willing to fight, we need to help.”

TRENDPOST: It is worth pointing out that top U.S. officials have been vocal about their hope that Russia's military is degraded and the state weakened after the conflict with Ukraine is over.

Defense Secretary Lloyd Austin said recently that it hopes Russia emerges as a weakened country and Biden himself said that he hoped for a regime change in Moscow.

The U.S. is about to commit $54 billion to Ukraine since the war broke out on 24 February. That it is not an investment in peace that is an investment for military conflict to continue indefinitely.

Haines said Russia was under the assumption that it would steamroll into Kyiv when the invasion was first launched, but was stopped by stiff resistance from Ukrainians and had to adjust its plans.

She said that the conflict in Ukraine seems to be becoming a “war of attrition,” and does not believe there are any diplomatic off-ramps in the near future.

TREND FORECAST: Sen. Rand Paul (R-KY) delayed the vote on the additional $40 billion that was approved in the House. Paul argued that the bill was more than what the U.S. spends on most domestic programs and was comparable to Russia's entire defense budget.

"No matter how sympathetic the cause, my oath of office is to the national security of the United States of America," Paul said. "We cannot save Ukraine by dooming the U.S. economy."

On Monday, the Senate approved the bill by an 81-11 vote and will clear the chamber by week's end. And as for Mr. Paul saying that “we cannot save Ukraine” and the sending of billions of lethal weapons will only lead to more bloodshed and will not lead to a Russian defeat...Yesterday, Ukrainian forces officially surrendered to Russian troops in Mariupol.

We also forecast, that considering that the Russian President will continue fighting until he declares victory, the longer the war rages, the tighter the money spigot will turn off, as there is growing resistance to keep sending billions to Ukraine as the American economy sinks into Dragflation: A declining economy as inflation keeps rising.

Haines said Putin could turn “to more drastic means, including imposing martial law, reorienting industrial production or potentially escalatory military actions... As the conflict drags on or if he perceives Russia is losing in Ukraine.”

She said that Putin is facing the reality that his current conventional military action is not meeting his goals, and Russia may become “unpredictable." She does not believe Putin would be satisfied with just the Donbas, and could try to create a land bridge from Crimea to the breakaway region of Moldova.

Haines said Putin is betting that the U.S. and Europe citizens will grow tired of the hardships that the war will continue to bring, including food shortages, high inflation, and high energy prices. Putin believes that Russians are more willing to endure the pain than Americans and Europeans.

When it comes to nuclear weapons, she said Putin would likely only authorize the use of nuclear weapons “if he perceived an existential threat to the Russian state or regime.”

Lieutenant General Scott Berrier, who also testified, told the committee that neither side is winning.

Ukrainian President Volodymyr Zelensky told Al Jazeera in an exclusive interview that Donbas is a key strategic region and if Russia gains control it could jeopardize the capital.

“If our forces and Donbas won't be able to hold their positions, then the risk of a repeated offensive against Kyiv and Kyiv Oblast is almost probable,” he said.

The goal in Kyiv also seems to be evolving by the day. Armed with a record amount of weaponry from Western countries, Ukrainian officials seem emboldened as the war drags on.

Ukrainian foreign minister, Dmytro Kuleba, told the FT that in the first months of the war “the victory for us looked like withdrawal of Russian forces to the positions they occupied before February 24 and payment for inflicted damage.”

“Now, if we are strong enough on the military front and we win the battle for Donbas, which will be crucial for the following dynamics of the war, of course, the victory for us in this war will be the liberation of the rest of our territories,” he said.

Zelensky also said that the war will end when all of Ukraine is liberated.

The Wall Street Journal reported Friday that Ukrainian troops managed to repel Russian forces in Donbas and that the Russian line just moved a few 100 yards since the invasion.

The paper wrote, “more than three weeks after the massive Russian offensive that aims to encircle Ukraine’s best forces in Donbas kicked off on April 18, Moscow’s achievements so far are limited at best.”

Neither side seems interested in negotiating for peace. Oleg Matveychev, a senior lawmaker from Russia’s ruling party and former Kremlin adviser, said last week that the “very concept of Ukraine should not exist in the future, and neither should the concept of a Ukrainian,” the WSJ reported.

Pavlo Kyrylenko, the head of the Ukrainian military administration for the Donetsk region, said in an interview that his troops first wanted to “stop and destroy” the invaders, but their attention will turn to liberate “everything that has been taken from us.”

“This will take time, at least the whole summer. It won’t be quick,” he said, according to the WSJ. “The important thing is that the weapons from our partners, especially the U.S., arrive quickly.”

Kuleba told the FT that obtaining these weapons in a quick manner would be crucial for Ukrainian victory.

“If the battle is raging today, and howitzers and drones are arriving tomorrow, that is not how it should work,” he said.

TRENDPOST: Since the onset of the invasion, Ukrainian officials have been getting bolder and bolder when it comes to pressuring the West to provide weapons and financial aid. Zelensky has addressed parliaments around the world and has reached a celebrity status few have obtained.

"It was a very heartfelt and easy to understand message: Their people are dying, they're running out of supplies and ammunition. They need our help quickly. Thank you for all our help. Please. Speed it up," Sen. Dick Durbin said after she spoke, according to the report.