PUTIN: WESTERN SANCTIONS ARE A ‘DECLARATION OF WAR’ 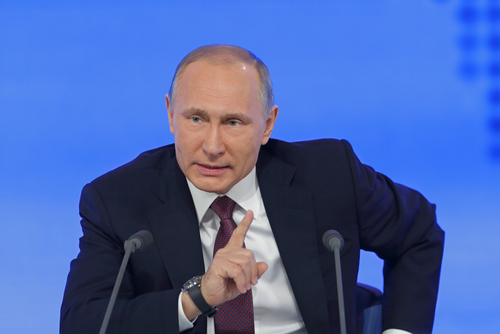 Last Saturday, Russian President Vladimir Putin said the sanctions that have choked off Russia from Western countries are “akin to a declaration of war.”

Putin told reporters that his aims regarding Ukraine has not changed since the beginning of the war. He wants “demilitarization and deNazification” of Ukraine and he wants the country to become neutral, so it is no longer a threat to Russia.

TRENDPOST: Since the Ukraine War broke out on 24 February, diplomatic efforts to end the fighting have been ineffective. Mainstream news outlets have called the invasion “unprovoked,” but Russia’s demands—which he says have been ignored and are, according to Putin, still not being addressed.

Moscow wants Ukraine’s military to cease all fighting, alter its constitution to clearly state that it will not join NATO, and acknowledge Crimea, Donetsk, and Luhansk as independent states.

Putin came out strongly against any country that assists Ukrainian forces by setting up a no-fly zone over the country.

“That very second, we will view them as participants of the military conflict, and it would not matter what members they are,” he said. Ukrainian President Volodymyr Zelensky and his top officials have all but begged Western countries to fly F-16s and F-22s over Kyiv to eliminate Russia from the skies. But no country has agreed to assist Ukraine which would mean a confrontation with Europe’s largest military.

Putin has insisted that military goals are being achieved, but Western media outlets say Russian ground forces have been stalled in their march toward Kyiv due to strong Ukrainian resistance.

TREND FORECAST: We agree with President Putin that the sanctions are, indeed, a declaration of war...a declaration of war against “We the People.” The sanctions, as we detail in this and previous editions of the Trends Journal, have driven up commodity prices to new highs, which has, in turn, greatly inflated inflation and is costing everyone much more to live.

We forecast that this long list of sanctions will do nothing to reverse Russia’s military stance, and is just another example of political incompetence that has been exemplified by the U.S. and NATO’s series of wars such as Afghanistan, Iraq, Syria, Libya, etc., that have killed millions, cost trillions and made bad situations much worse.