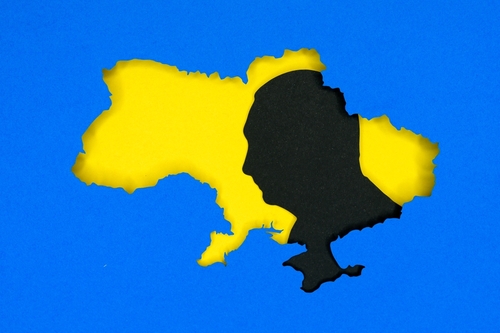 The Trends Journal, which is opposed to Russia’s invasion of Ukraine—but understands why they have and have long detailed it in our magazine over the decades—had forecast before the war began that little Ukraine would lose a military confrontation against the Russian bear.

Ignoring our forecast and spreading their propaganda, since the war began on 24 February, the mainstream media continues to sell Washington’s propaganda that Russia is somehow losing to the Ukrainians and its forces are in disarray.

Get This in Your Head

Russian President Vladimir Putin addressed his parliament on Thursday and gave a war update. He said, “Largely speaking, we haven’t even yet started anything in earnest."

Putin's comments about the conflict in Ukraine have been consistent and he has made sure that he does not consider Russia's engagement a "war."

Putin went on to say that Russia is not opposed to peace talks, "but those who reject them should know that the further it goes, the harder it will be for them to negotiate with us.”

The Russian president, again, blasted Western support for Ukraine and said these countries are content with fighting Russia until “the last Ukrainian.” He said the U.S. cannot envision a unipolar world and wants to “enforce its version of the global order.”

“We are hearing that they want to defeat us on the battlefield. Let them try,” he said.

Dmitry Peskov, Putin’s spokesman, also took a shot at the resignation of British Prime Minister Boris Johnson. He wrote in a statement: “We would like to hope that someday in Great Britain more professional people who can make decisions through dialogue will come to power.”

Zelensky, holding true to form, told CNN in an interview that Kyiv will continue its fight against Russia until it reclaims every inch of land that has been lost in the war. Recent estimates say Russia and separatists control about 20 percent of the country. Zelensky pointed out that most of the country controlled by Russia has been reduced to rubble.

Ukrainian leaders insist that once their forces get a hold of advanced missile systems, the tide of the war will turn.

“Ukrainians are not ready to give away their land, to accept that these territories belong to Russia,” Zelensky said. “This is our land. We always talk about that, and we are intending to prove it.”

One of the most formidable voices who spoke out in favor of concessions was Henry Kissinger, the 98-year-old former secretary of state. He told the World Economic Forum in May that Zelensky should negotiate for a peaceful resolution.

“Negotiations need to begin in the next two months before it creates upheavals and tensions that will not be easily overcome,” Kissinger said. “Ideally, the dividing line should be a return to the status quo ante.”

He said pursuing the war “beyond that point would not be about the freedom of Ukraine, but a new war against Russia itself.”

He said Ukraine should be willing to cede territory in the peace process, which drew immediate backlash in the media and from Zelensky.

U.S. President Joe Biden on Friday marked the 75th anniversary of the Central Intelligence Agency and credited the agents working there for “exposing Putin's playbook,” which “punched a gigantic hole in the pretense, and discredited his lies.”

TRENDPOST: Anything less that pure hatred for Putin borders on treason in the U.S. media. The country has been brainwashed since the start of the conflict that Putin is a modern-day Hitler. The only person standing in his way is Zelensky, the Churchill of our time.

Putin correctly said last week that Western leaders, who are fueled by their hatred for Russia, would be quite content to fight Moscow until “the last Ukrainian.” Putin said the U.S. cannot imagine a unipolar world and wants to “enforce its version of the global order.”

Gerald Celente has said the world is already at war, but it will not be officially declared until the first flash of a nuclear detonation appears.

Zelensky, in the meantime, insists that the war is far from over, but imagined a world where Ukraine was accepted as a member, and was protected by Article 5 under the charter.

“The world is doing a lot, but it could have been easier—Ukraine could have been accepted as a NATO member. It would be much more straightforward than many people imagine,” he said.