PUTIN CALLS OUT U.S. AND NATO, BLAMES THEM FOR UKRAINE WAR 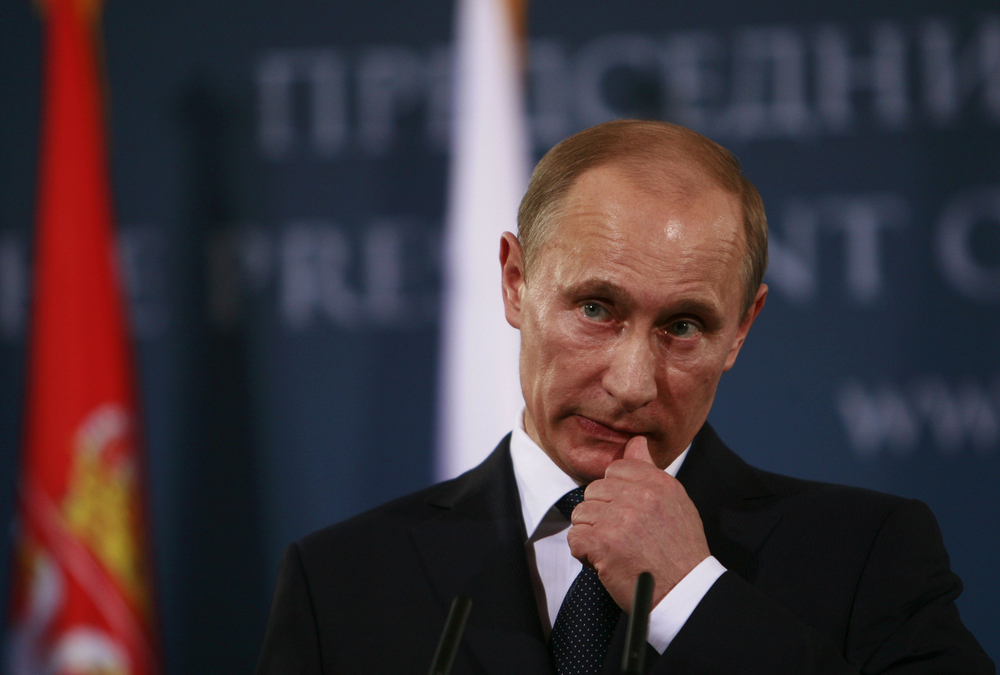 Yesterday, 9 May, Russia celebrated the 77th anniversary of the Allied victory over Nazi Germany in WW II.

Russian President Vladimir Putin, in his Victory Parade speech to mark the occasion, once again blamed the U.S. and NATO for their aggression prior to the invasion.

“We saw how the military infrastructure was unfolding, how hundreds of foreign advisers had begun to work there, with the most modern weapons being regularly delivered from NATO countries," he said. "The danger was growing every day. Russia offered a pre-emptive rebuff to the aggression—this was a forced, timely move and the only correct decision, one taken by a strong and independent country."

He called the invasion a preemptive strike to demilitarize, de-Nazify Ukraine.

Putin said intelligence revealed that preparations were underway for another "punitive operation in the Donbass, an invasion of our historical lands, including Crimea," and that the U.S., NATO and Ukrainian President Volodymyr Zelenskyy ignored Moscow’s concerns and refused to discuss them.

“NATO countries didn’t want to hear us, which means that, in fact, they harbored completely different plans, and we saw it,” he said.

Putin also claimed that Kyiv was planning to build a nuclear weapons arsenal.

He likened the "special military operation" in Ukraine to the fight for Russia's future "for its future, to make sure that no one forgets the lessons of World War II, so that there would be no place in the world for butchers, punishers, and Nazis.”

“The country stopped the enemy and went on to defeat it, but this came at a tremendous cost," Putin said. "The attempt to appease the aggressor ahead of the Great Patriotic War proved to be a mistake which came at a high cost for our people. In the first months after hostilities broke out, we lost vast territories of strategic importance, as well as millions of lives. We will not make this mistake the second time. We have no right to do so.”

TRENDPOST: Agree or disagree with Vladimir Putin’s statements, in the Western media there is just one side to the Ukraine War: Russia aggression.

Totally ignored, as we have greatly detailed over the decades, is the United States and NATO actions that were, to Russia, moves of aggression.

As detailed in The Los Angeles Times back in May of 2016, while the U.S. and NATO deny that no such agreement was struck, “...hundreds of memos, meeting minutes and transcripts from U.S. archives indicate otherwise.”

“According to transcripts of meetings in Moscow on Feb. 9, then-Secretary of State James Baker suggested that in exchange for cooperation with Germany, the U.S. could make ‘iron-clad guarantees’ that NATO would not expand ‘one inch eastward.’ Less than a week later, Soviet President Mikhail Gorbachev agreed to begin reunification talks.

“No formal deal was struck, but from all the evidence, the quid pro quo was clear: Gorbachev acceded to Germany’s western alignment and the U.S. would limit NATO’s expansion.”

TRENDPOST: In 1997, when President Bill Clinton was expanding NATO’s borders eastward, fifty American foreign policy leaders sent him a letter saying that it would be “a policy error of historic proportions. We believe that NATO expansion will decrease allied security and unsettle European stability,” and “NATO expansion, which continues to be opposed across the entire political spectrum, will strengthen the nondemocratic opposition, undercut those who favor reform and cooperation with the West, bring the Russians to question the entire post-Cold War settlement.”

The letter was as follows:

We, the undersigned, believe that the current U.S. led effort to expand NATO, the focus of the recent Helsinki and Paris Summits, is a policy error of historic proportions. We believe that NATO expansion will decrease allied security and unsettle European stability for the following reasons:

In Russia, NATO expansion, which continues to be opposed across the entire political spectrum, will strengthen the nondemocratic opposition, undercut those who favor reform and cooperation with the West, bring the Russians to question the entire post-Cold War settlement, and galvanize resistance in the Duma to the START II and III treaties; In Europe, NATO expansion will draw a new line of division between the "ins" and the "outs," foster instability, and ultimately diminish the sense of security of those countries which are not included;

In NATO, expansion, which the Alliance has indicated is open-ended, will inevitably degrade NATO's ability to carry out its primary mission and will involve U.S. security guarantees to countries with serious border and national minority problems, and unevenly developed systems of democratic government.

In the U.S., NATO expansion will trigger an extended debate over its indeterminate, but certainly high, cost and will call into question the U.S. commitment to the Alliance, traditionally and rightly regarded as a centerpiece of U.S. foreign policy.

Because of these serious objections, and in the absence of any reason for rapid decision, we strongly urge that the NATO expansion process be suspended while alternative actions are pursued. These include:

opening the economic and political doors of the European Union to Central and Eastern Europe;

—supporting a cooperative NATO-Russian relationship; and

—continuing the arms reduction and transparency process, particularly with respect to nuclear weapons and materials, the major threat to U.S. security, and with respect to conventional military forces in Europe.

Russia does not now pose a threat to its western neighbors and the nations of Central and Eastern Europe are not in danger. For this reason, and the others cited above, we believe that NATO expansion is neither necessary nor desirable and that this ill-conceived policy can and should be put on hold.

This letter—signed by top U.S. government officials and politicians—has been totally ignored by the U.S. media and the White House who continually promote NATO expansion while ignoring the consequences as they violate the February 1990 U.S.-Russia agreement that NATO would not expand “one inch.”