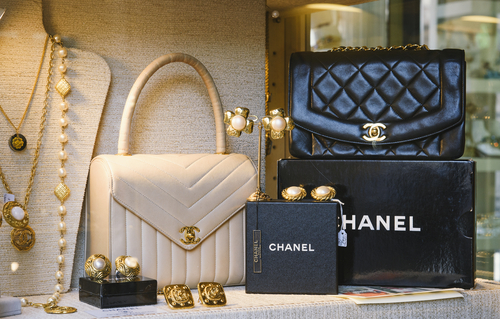 Companies hawking haute couture, pricey perfumes, and three-figure bottles of cognac expect sales in China to return to COVID-era highs and to accelerate in the U.S., despite roaring inflation and an extended sell-off of luxury-company stocks.

“Am I concerned and will it take a little longer than what we expected? Probably yes,” Zenga said, “but don’t give up on the luxury business in China because they love that lifestyle.”

Rather than planning “quarter for quarter,” LVMH “looks five years from now and we’re very optimistic,” Arnault told the gathering.

The Ermenegildo company’s China earnings ticked up 0.3 percent in this year’s first quarter, even as the country’s economy began to slow. Sales rocketed 97.3 percent in the U.S. as consumers celebrated their buying power and vented pent-up demand.

LVMH saw sales gain 26 percent in the U.S. and 8 percent in Asia, not including Japan, during the period.

TREND FORECAST: These companies learned as the COVID War began to ease in China that big spenders were undaunted by hard times for the rest of the population, which we reported in “Big Luxury Brands Outperform the Small” (18 Aug 2020).

Once again, luxury brands will see sales fall with the rest of the retail industry, but well-heeled customers will not need to pinch pennies the way the rest of the plantation workers of Slavelandia.

As a result, sales of high-end fashion and indulgence will suffer less than most other retail sectors and recover sooner from any economic downturn.

However, what is lost in the Chinese markets will not be made up in the U.S. and Europe as Dragflation brings down economies, thus shrinking the upper middle class which is a key segment of the luxury market.