PROTEST BREAKS OUT IN SLOVENIA OVER COVID-19 PASSES 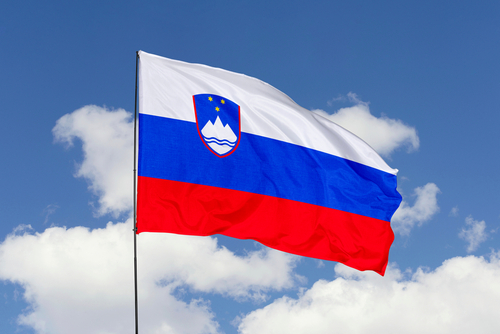 About 10,000 protesters took to the streets in Slovenia’s capital Ljubljana on Wednesday to lash out against the country's COVID-19 mandates, prompting a swift police response that resulted in water cannons and tear gas being used on demonstrators, a report said.

“I am here for the future, the future of my kids, the future generations because this craziness needs to be stopped,” Katja Zupan, one of the protesters, told the Associated Press. “If we don’t stand up for ourselves and for mankind, then we are done, we are lost.”

Protesters voiced their opposition to COVID-19 vaccine passes and were galvanized after the announcement that the country suspended the Johnson & Johnson jab after the death of a 20-year-old woman who died of a stroke two weeks after inoculation.

One of the mandates that have faced public backlash is Ljubljana's move to require all those who work at state-run firms to take the shot or submit to a pricey PCR test.

This is not the first protest to erupt in the country over these mandates.

Two weeks ago, about 8,000 protesters gathered in the capital and were also doused with water cannons after railing against “fascism.”

Police said they responded after protesters threw glass bottles and stones in their direction.

The Trends Journal has been documenting the movement against COVID-19 mandates that claim to be rooted in science. (See “FRENCH VAX PASS PROTESTS ESCALATE. MOST MEDIA IGNORES THEM, LIES ABOUT SIZE,” “PROTESTS BREAK OUT IN FRANCE OVER HEALTH PASS MANDATE” and “MASSIVE PROTEST IN LONDON; U.S. MEDIA LIES ABOUT THE NUMBERS.”)

TRENDPOST: Beyond the new anti-vax, anti-establishment political movements we have been forecasting, the Trends Journal has pointed out in previous issues that drug makers are enjoying the rich rewards vaccine production can have when there is a global outbreak. See: