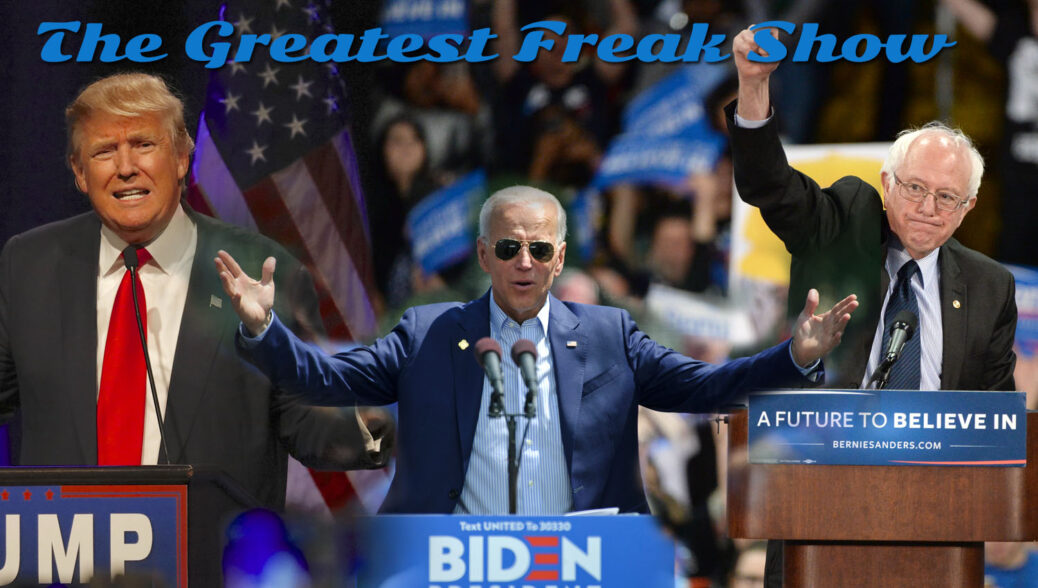 With Biden picking up the lead as the contender for the race to the White House, the President has begun to play a Trump card that will trip up the Biden campaign.

On center stage, following his Super Tuesday victory, Mr. Biden came off as senile when he announced, “This is my little sister Valerie,” as he showed off his wife.

Compounding the situation, he followed with, “And I’m Jill’s husband,” as he pointed a finger to his sister. Realizing the mistake, he tried to recover by saying, “Oh, no! This is… hell, you switched on me!”

President Trump had a field day with this one, tweeting, “WOW! Sleepy Joe doesn’t know where he is, or what he’s doing. Honestly, I don’t think he even knows what office he's running for!”

In fact, Trump is correct. Just two weeks ago, when campaigning in South Carolina, Biden said, “My name is Joe Biden. I’m a Democratic candidate for the United States Senate.”

Joe Biden has always been known as a human gaffe machine. In fact the Internet is replete with Biden’s loss of memory and bumbling comments.

TREND FORECAST: At age 77, while Biden exhibits embarrassing mistakes and sometimes appears to get lost altogether, it has been noted that 74 year-old Donald Trump also has a record of misstatements and garbled language. Thus, with both representing the “senility factor,” young people will not flock to the polls on Election Day to vote for two old men. This will benefit Trump.

PUBLISHER’S NOTE: As Trends Journal subscribers well know, Gerald Celente had advised not to waste a moment of their precious lives following the Democrats move to impeach President Trump because it would take a two-thirds Senate majority to convict him, which would not happen since Republicans hold the majority of seats.

What Celente did make clear was should Joe Biden win the Democratic nomination, the impeachment would hurt Biden much more than Trump.

The rationale for the impeachment was that President Trump held back foreign aid from Ukraine by pressuring its president to launch an investigation into how Biden’s son, Hunter, was appointed to the board of directors of Burisma Energy at a salary of $50,000 a month despite having never been to Ukraine and having no experience in that industry.

This will become a major campaign issue President Trump will seize upon, along with the uncovering of other “deals” occurring during Biden’s years in office, which benefited his son, himself, and others.

TREND FORECAST: In a Presidential Reality Show® showdown between Donald Trump and Joe Biden, absent a wild card/black swan event, we maintain our 2020 Top Trend forecast of “Trump 2020: By Default.”

Not only will young people not rush to the polls to vote for Biden, we forecast he will be so resoundingly defeated by Trump that the Democrats are at high risk of losing their majority in the House of Representatives, while also losing Senate seats.

Thus, from 2021 to at least the midterm elections, President Trump and his majority Congress will have a free hand to pass laws, kill laws… and take action to fulfill both his and the Republican Party’s agenda.