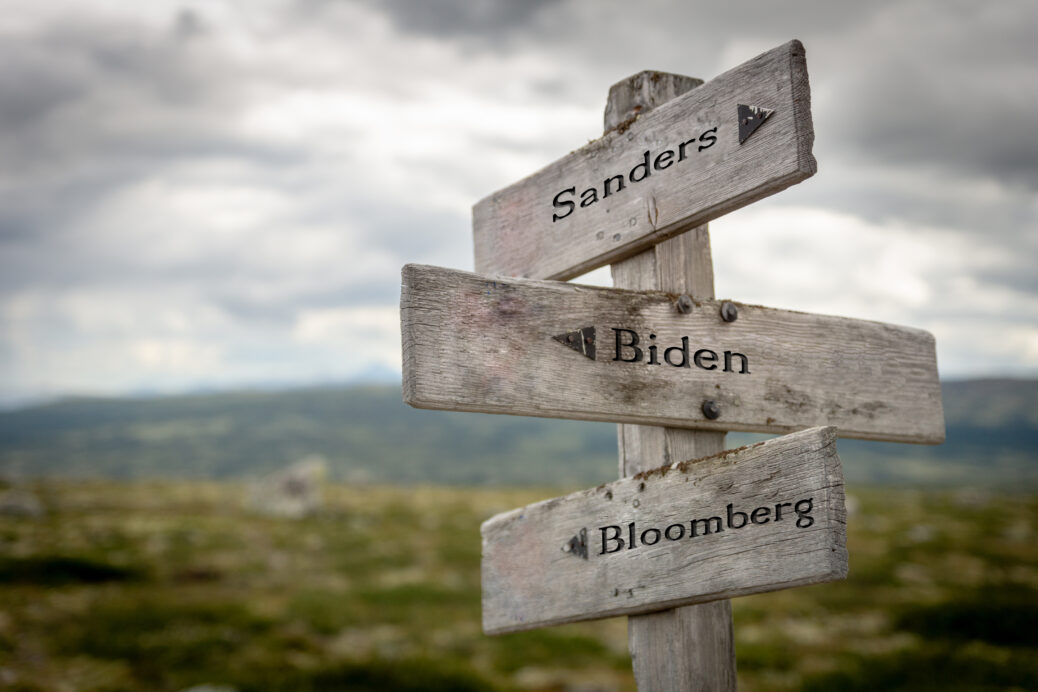 Billionaire Tom Steyer, who spent some $250 million in ads since announcing his candidacy last July and more than $20 million in South Carolina, came in third.

But following the primary election, Steyer and two other Presidential Reality Show contestants, former Mayor Pete Buttigieg who finished fourth and Senator Amy Klobuchar who came in sixth, announced they were dropping out of the race and throwing their support to Biden.

Polls show that tonight’s Super Tuesday 15 state primaries, representing over one third of all the delegates up for grabs in the primary season, show Bernie Sanders as the favorite to with win the most delegates in the two largest states, California and Texas.

Mike “Billionaire” Bloomberg, who spent over $500 million dollars of his own money for campaign ads, is polling well enough to likely siphon significant delegates from Sanders and Biden.

DNC: Anybody But Bernie

As it did in 2016, when it used its leverage to keep Bernie Sanders from winning the nomination over Hillary Clinton, the Democratic National Committee (DNC) controls 775 so called “Super Delegates,” consisting of party mayors, governors, congressional leaders, ex-presidents, ex-vice presidents, and former DNC chairpersons.

And, as in 2016, the DNC and party loyalists have made it clear they loathe the idea of Bernie Sanders as their candidate and will do everything in their power to make sure a moderate such as Joe Biden or Michael Bloomberg is selected.

These un-elected Super Delegates will be able to cast votes and leverage power if no candidate has amassed the required 50 percent of delegates after all the primaries are done, followed by no clear winner after the first ballot taken at the convention.

If Bernie Sanders can’t get to the 50 percent total coming in, it’s most likely the DNC will again enrage the socialist Sanders segment of the party by manipulating the process in favor of an establishment candidate.

Many powerful Democrats are unleashing a very public anti-Bernie campaign. In January, a documentary was released about Hillary Clinton’s 2016 run against Senator Sanders. The media played up the part of the documentary where Clinton remarks about Senator Sanders, “Nobody likes him, nobody wants to work with him, he got nothing done… It’s all just baloney and I feel so bad that people got sucked into it.”

(Note: This is the same James Carville who stated in a September 2016 interview about the Clinton/Trump presidential race: “It’s hard to look at it right now and come to any other conclusion than it is going to be a pretty sizable win for the Democrats. It’s pretty hard to see anything else.”)

One of the Democratic Party’s biggest financial donors, Lloyd Blankfein, former CEO of Goldman Sachs, has made clear his dislike for Sanders, tweeting: “If Dems go on to nominate Sanders, the Russians will have to reconsider who to work for to best screw up the US. Sanders is just as polarizing as Trump AND he’ll ruin our economy and doesn’t care about our military. If I’m Russian, I go with Sanders this time around.”

And while former President Obama has stated he would not inject himself into the primary fight, he did call Biden to congratulate him on his South Carolina victory.

As the establishment wing of the Democratic party aggressively works to sink Sanders, even the anti-monopoly, anti-bankster candidate Senator Elizabeth Warren, who has performed miserably in primaries so far, continues to pull valuable votes away from Sanders by staying in the race. According to a memo written by her campaign manager, Ms. Warren is willing to cost Bernie the nomination on the slight chance that she could emerge as the nominee in a brokered convention.

TREND FORECAST: Should Joseph Biden win the Democratic nomination, we forecast that, minus a black swan/wild card event, President Trump will handily defeat him on Election Day. Indeed, the young, Hispanic, and black voters who support Bernie Sanders will not come out in large numbers to support Biden, thus he will lose key swing states.