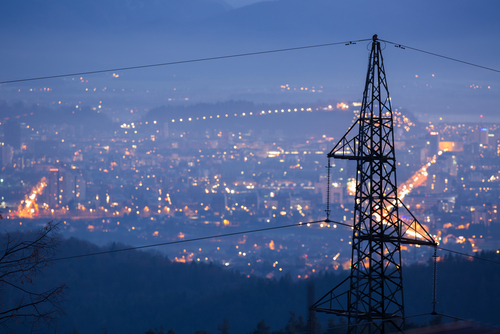 Widespread power outages across China, the worst in more than a decade, forced the first contraction in the country’s manufacturing center last month since February 2020.

The government has imposed power quotas on many factories, forcing them to operate part-time as Beijing seeks to manage short supplies of electricity while also cutting back its infamous smog-causing emissions, The Wall Street Journal said.

By 29 September, 22 of China’s 34 provincial administrations had seen at least some degree of power cutbacks, the WSJ reported.

As of 1 October, factories in the manufacturing hub of Guangdong will be charged up to 25 percent more for electricity they use during peak hours.

The shortages are affecting areas known to be hubs for semiconductor manufacturing, a commodity already in critically short supply among the world’s factories.

China has long struggled to meet its growing power demands.

Demand for China’s manufactured goods soared through 2020 and continues today, though at a slightly lower pace, challenging the country’s electric grid to its limits.

Also, the price of coal has risen in the midst of domestic production shortfalls and reductions of imports from Australia and Mongolia.

Beijing stopped importing coal from Australia earlier this year when Australia’s government backed the idea of an independent commission to look into the origins of the COVID virus.

Imported coal had made up about 10 percent of China’s annual supply.

At the same time, demand for coal expanded by as much as 20 percent earlier this year, though now has settled into single-digit growth.

Although coal prices have soared, the government tightly controls electricity prices and many coal-fired generating stations have cut power output rather than operate at a financial loss, the BBC reported.

Worsening the shortage, the hydropower-producing province of Yunnan has been dealing with a drought and winds have been quiet in the normally breezy northeastern part of the country, curtailing wind power production.

“The power supply shock in the world’s second biggest economy and biggest manufacturer will ripple through and impact global markets,” Ting Lu, Nomura’s chief China economist, told the FT, “very likely” resulting in inadequate stocks of holiday gifts in stores this November and December, he said.

Power cuts worsened an already weakening economy, beset by troubles in China’s real estate sector, scattered shutdowns amid outbreaks of the Delta virus, and harsher government controls over the construction, financial, and tech industries, as we reported in “China’s Economy Slowing?” (28 Sep 2021).

The sub-50 PMI should sound an “alarm” among government officials, Zhiwei Zhang, chief economist for Pinpoint Asset Management, said in comments quoted by the Financial Times.

“Economic growth in the fourth quarter likely will slow further without a change of government policies,” he said.

On 28 September, Goldman Sachs lowered its 2021 forecast for China’s growth from 8.2 percent to 7.8; Nomura already had cut its forecast to 7.7 percent.

China’s power troubles could increase retail prices of Chinese-made consumer goods in the West by as much as 15 percent by next spring, according to Michael Beckham, CEO of Oklahoma-based manufacturer Simple Modern.

China’s energy crisis has led Beckham to consider returning production to the U.S. because doing business in China has become less dependable.

“The [Communist] party in China always prioritizes its objectives,” he told the WSJ.

“As an outsider, it’s often hard to understand their motives,” he said.

TREND FORECAST: China’s domestic energy crisis is mirrored around the world, as oil prices passed $80 a barrel and the cost of natural gas in Europe now costs five times what it did a year ago, CNBC has reported.

The global energy crisis, coupled with China’s internal shortages and rising power costs, is slowing the country’s economic expansion as much as government crackdowns and overleveraged companies.