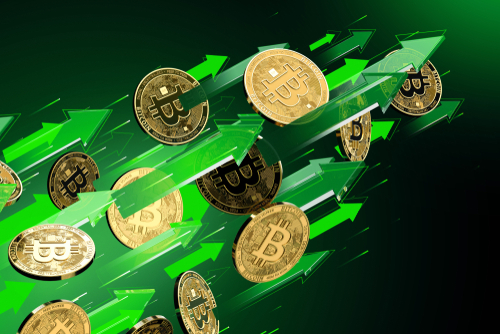 Cryptocurrencies’ prices bumped up Friday after Jerome Powell, chair of the U.S. Federal Reserve, said in testimony before the House Financial Services Committee that the Fed has no plans to ban them.

Crypto enthusiasts have long been nervous about government regulation, which likely would drive away some traders and make prices less volatile.

Under questioning by committee members, Powell referred to stablecoins, which are digital currencies whose value is tethered to a more stable asset, such as the dollar.

Stablecoins “are like money market funds, they’re like bank deposits,” Powell said, “but they’re to some extent outside the regulatory perimeter and it’s appropriate that they be regulated.”

Powell’s comment “was, of course, a very favorable note, especially when you compare it to the People’s Bank of China,” analyst Naeem Aslam at AvaTrade commented to The Wall Street Journal.

China recently outlawed cryptocurrencies in advance of releasing its digital yuan next year, a plan we reported in “China: Digital Currency World Leader” in our Global Economic Trends section of 20 October, 2020.

TRENDPOST: That a cryptocurrency could rise 10 percent on an offhand comment by a government official reinforces our view expressed, for example, in our April 27, 2021 U.S. Markets Overview, that cryptos’ prices may not move on fundamentals but are knocked around by loose comments, rumors, and whims, making them a playpen for speculators with money to lose.

As we continue to warn should major governments ban together to heavily regulate and/or ban crypto market, the currencies will decline. However, we maintain that even with these restrictions, there will be profitable crypto sectors.