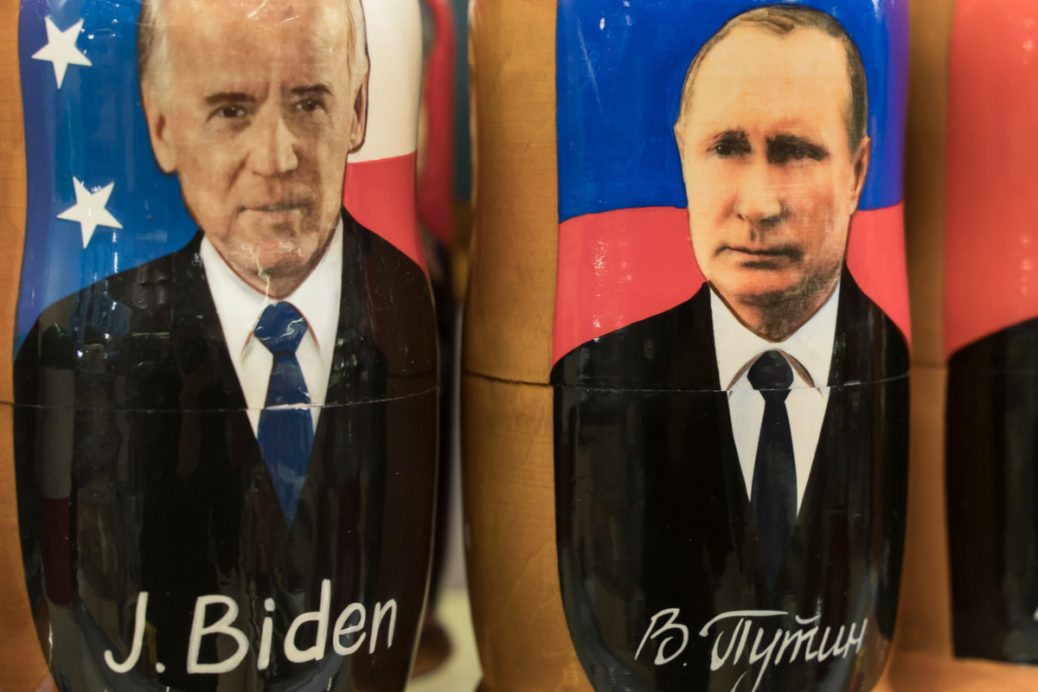 Biden’s administration doubled down on the comment. Secretary of State Antony Blinken said he agrees with the assessment.

TRENDPOST: It should be noted that there are allegations that Ukraine forces have retreated into urban areas in the country and are not allowing remaining residents to flee as the war intensifies.

Biden did not shy away from his inflammatory comment about Putin a day later and called the Russian leader a “murderous dictator, a pure thug who is waging an immoral war against the people of Ukraine.”

The Trends Journal has reported that the U.S. has made diplomatic blunders leading up to the Ukraine War. (See “BLINKEN MEETS WITH LAVROV: WAR HAWKS SCREAMING,” “KREMLIN BLAMES UKRAINE FOR STOKING TENSIONS AT BORDER” and “BIDEN AGREES TO MEET WITH PUTIN ‘IN PRINCIPLE’ FOR HIGH-RISK SUMMIT.”)

The decision to call Putin a war criminal could also make it more challenging to resolve the crisis—especially since the U.S. does not officially recognize the International Criminal Court, The New York Times reported.

The paper said the decisions by both Biden and his top diplomat seems to be an orchestrated attempt to further isolate Putin, keep the Western alliance together, and try to further alienate China for not coming outright and criticizing the war effort.

The White House at first tried to portray the comments as off the cuff. Jen Psaki, the White House press secretary, said Biden was speaking from his heart about what he considered “barbaric actions by a brutal dictator.”

But Russia said the comments put the relationship between Moscow and Washington on the “verge of rupture,” according to CNBC.

The Russian Ministry of Foreign Affairs announced on Monday that it called John Sullivan, the U.S. ambassador in Moscow appointed during the Trump administration, to protest Biden’s comments.

Biden’s decision to call Putin a “war criminal” prompted his critics to point out his previous decisions to support U.S.-led wars that resulted in an untold number of casualties and human suffering.

A spokesman for Putin said the remark was “unforgivable on the part of the head of state, whose bombs have killed hundreds of thousands” around the world.

TRENDPOST: Gerald Celente, the publisher of the Trends Journal, has made it clear that he is opposed to Putin’s war in Ukraine, but the magazine has pointed out that Russia is a minor war-mongering nation compared to the U.S. track record of killing millions and stealing trillions from its taxpayers to wage war.

Brown University’s Watson Institute said over 929,000 people were killed “directly in the violence of the wars in Afghanistan, Pakistan, Iraq, Syria, Yemen and elsewhere.” Several times as many civilians have died due to the reverberating effects of these wars.

Social media users—along with China and Russia—have seized on a newly resurfaced clip from 1998 that showed then-Sen. Biden, the ranking Democrat on the Senate Foreign Relations Committee, talking about his leadership in proposing the U.S. bombing of Belgrade.

Maria Zakharova, the Russian Foreign Ministry spokeswoman, also called attention to the video and said the comments were made by “a representative of a state that had neither common borders nor a common history with Yugoslavia. Yugoslavia posed no direct or indirect threat to the United States or its citizens.”

Dmitry Rogozin, the head of Roscosmos, reposted the clip and pointed out that the NATO bombing of Yugoslavia is believed to have killed about 2,500, including 89 children.

“Can Biden be reminded who the war criminal is?" Rogozin wrote, according to Sputnik news, which has been banned in the E.U.